Cooper, why be a 'silent counsel' when you can share your legal knowledge and advice with members here, instead of casually accusing them of something inappropriate? Otherwise, why even bother?

Tom, didnt you just casually accuse me of spreading disinformation on that other thread? With about the same amount of substantiation as what you're complaining of here?

I do agree that people should elaborate and support their thesis if they're going to throw around inflammatory allegations and jump to character attacks.

It's not that I can "prove it," or that there's some legal standard that makes someone racist.  If you think it's OK to refer to African-Americans as "these people" and assume they are "packing heat," and that you can "prove" that's it's not racist by offering some post-hoc reason, then you do you.  "I promise, when he stopped, I really thought that Hyman Rosenstock was picking up a penny!!!  I didn't mean to be offensive!!"  "No, lots of people have cameras these days.  I didn't mean to be racist when I said the japanese guy was probably taking pictures!  Lots of people take pictures - I've seen people with cameras all over chicago!!"

Or, just end the discussion by calling me a troll.  That works too.

EDIT:  After typing all this, I noticed Mike's comment later that "sometimes stereotypes are the product of observation."  You couldn't find a more hackneyed defense of racism if you tried.  So, that pretty much settles it for me.

Cooper, for some reason you see these people in the photos as African-American first and then everything else after that. The OP, however, sees these people as people who initiated a violent confrontation and, in a legal sense, assaulted them. This behavior is the quality of these people that is relevant to their experience and the discussion, and their behavior is what was reported to the police and what has been discussed here.

I concur. I stand with mike w. and Jennifer.

EDIT: Just submitted via BLU so you have on official record of it...

Very timely post because I was just wondering about an extremely similar incident which happened to me nearly 2 months ago (and no clear police action since then despite extremely clear evidence).

More details below, but @BLU - if you are able to meet with Chicago Police and want to add another example to the list of motorist-on-cyclist violence that isn't being responded to by authorities, let me know and I'd love to make that happen.

At the end of the day, I had no injuries.  Good thing I had about 5 layers on (plus a helmet and 2 facemasks) for the below-zero weather.  Had to replace my bent back wheel but that was it.  But I'm kind of pi$$ed that this was such a blatant act of motorist-on-cyclist violence, with such clear evidence, and to my knowledge no action (for sure, no swift action) has been taken.

BLU, I had mentioned this to you in an email and told you that this particular incident was the turning point for me.  Before the incident I was insistent on reporting bike lane violations, yelling at motorists, tapping on trunks/hoods, etc.

Now, I fear for my safety.  I do not yell, flip the bird, provoke, anything.  Just go around.  Who knows how many guns (legal and illegal) are in the city.  I am trying to practice patience and all is well, was back on my bike within days, but really want justice to be served for this ba$tard and anyone else who thinks their human rights as a motorist are somehow superior to those of folks who are not in a 2000 lb. tank. 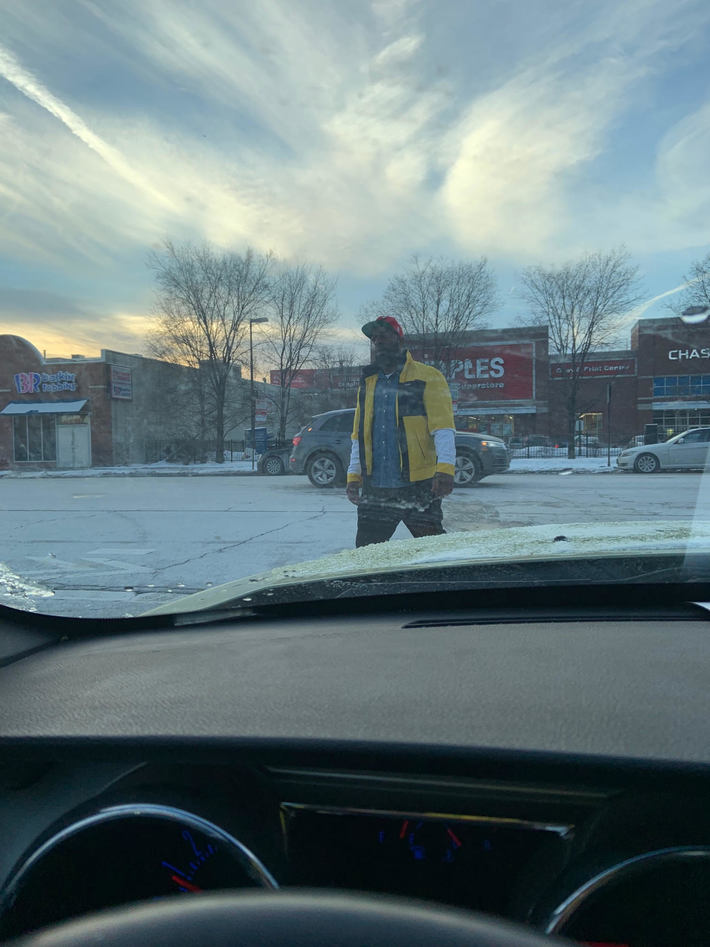 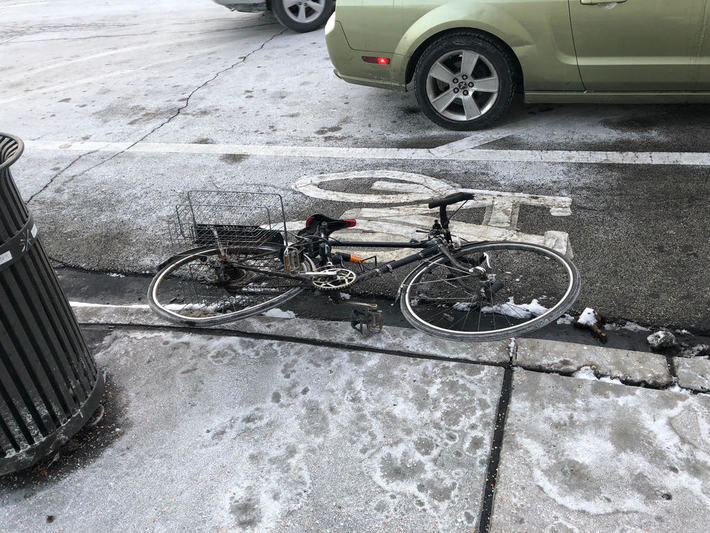 We've summarized the two assault stories with a post on Streetsblog. https://chi.streetsblog.org/2019/03/18/cyclists-who-confronted-bike...

I would have kicked this guy on the balls so hard.

If only the CPD put a tenth of that Jussie Smollett effort into biking cases...