On FB, people are complaining about the new concrete... about how it caused a crash (one car rear ended another) - all I have to say is this...

At the 00:14 mark on the video I took this morning, we see car debris (broken brake-light plastic), away from the new concrete curb. There are caution barrels and also a big electronic sign that says "Proceed with caution." If this was ignored by the driver that caused the car crash, then other factors could include looking at a phone, disregarding the caution barrels/sign, or not paying attention. 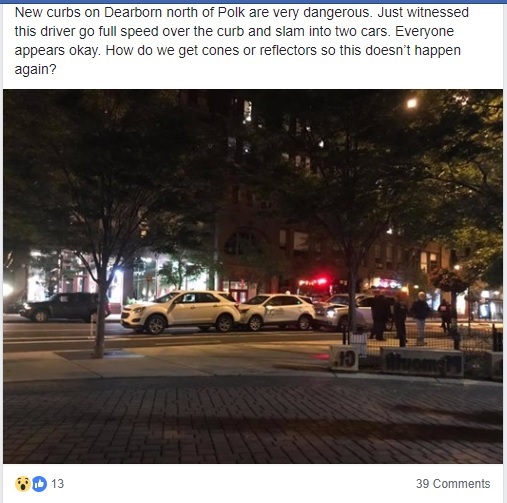 the curbs are dangerous?  How about the driver of the car going full speed over the curb? 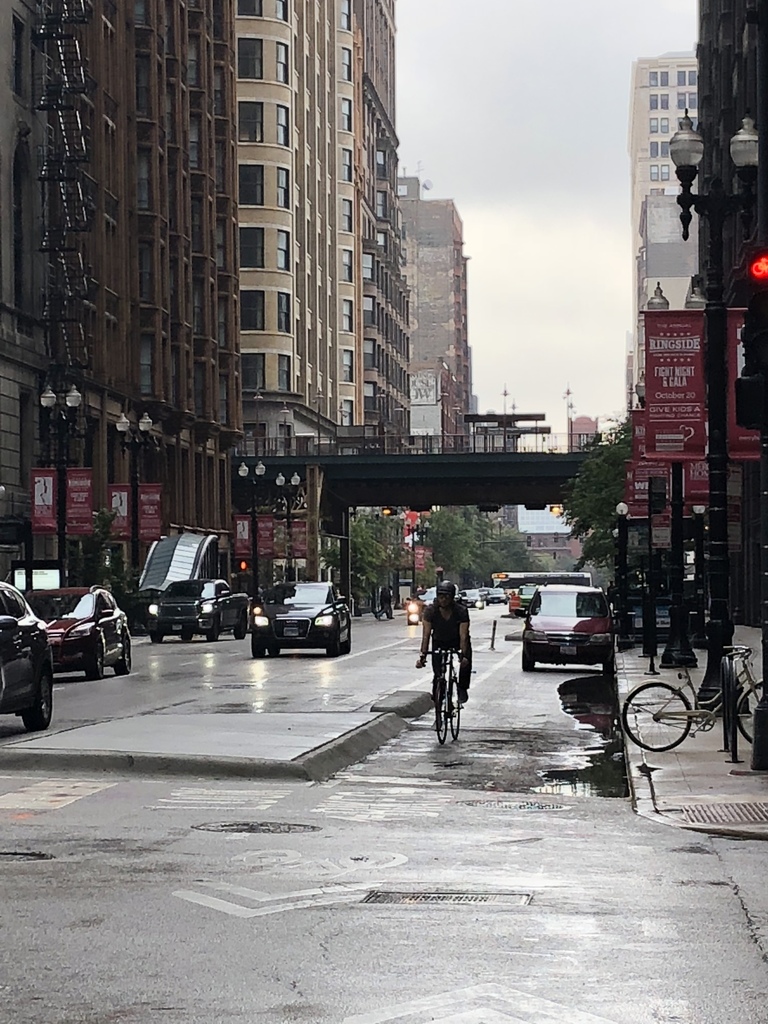 Another great design decision by the city of Chicago. Does anyone on the chain link actually know the people who design the bike decisions made in Chicago? Do they even ride?

Oy veh. Yeah, that works. What were they thinking?

I too would like to hear the reasoning for the curb spacing. Anyone have any insight into this?

I'd bet it's designed that width so that the lanes can be plowed with regular size trucks, with the curb spacing also built to allow the plows to get in and out near intersections.  I'd be interested to hear if CDOT has stated as much in public, though.

Or they could just buy one or two bobcat-sized plows for dedicated plowing in the bike lanes. What do they do on Clybourn?

I don't ride Clybourn regularly, so I have no clue.  I do ride the Lake Street bike lane out to Oak Park daily, and I can tell you that when the PBL was there and the City had to plow and street-sweep it with the dedicated bobcats, it was plowed and swept like s**t, and was almost impassable during the winter following snowstorms.  I can't believe it's the only PBL away from the loop that had that issue---but then again, given the City's ambivalence towards the west side, maybe it was.

The plowing issue seems to have directly led to CDOT removing the plastic bollards (they did it at the start of a winter a couple years ago, and never put them back), in effect turning it into a unprotected, buffered lane.  On the plus side, they now plow it with regular trucks, which means it actually gets plowed and is usable the entire year.

Ever since that happened on the Lake PBL, I've noticed the design on the more recent PBLs has seemed to skew towards a width that would allow a regular truck to drive down it.  I don't think it's a coincidence.

CDOT (not streets and san) plows the Clybourn protected bike lanes with a pickup truck + plow. The PBL is wide enough (7.5') to fit a standard pickup truck. The width also accommodates a street sweeper.

I'm not sure what happens on Dearborn. I suspect CDOT plows that with the same sized truck. CDOT and DSS both have smaller "Bombardier" plows that they use for narrower bike lanes and sidewalks/bridges/etc.

A frequent problem withsnow removal in PBL's is that DSS and/or businesses will push snow back into the PBL from the street/sidewalk after CDOT has come through and plowed it.