Can we do anything about parking in a PBL?

Saw this on the PBL at Kinzie and Wells this afternoon (7/5/2016).  Is there anything we can do about it, like report it to CDOT or something? 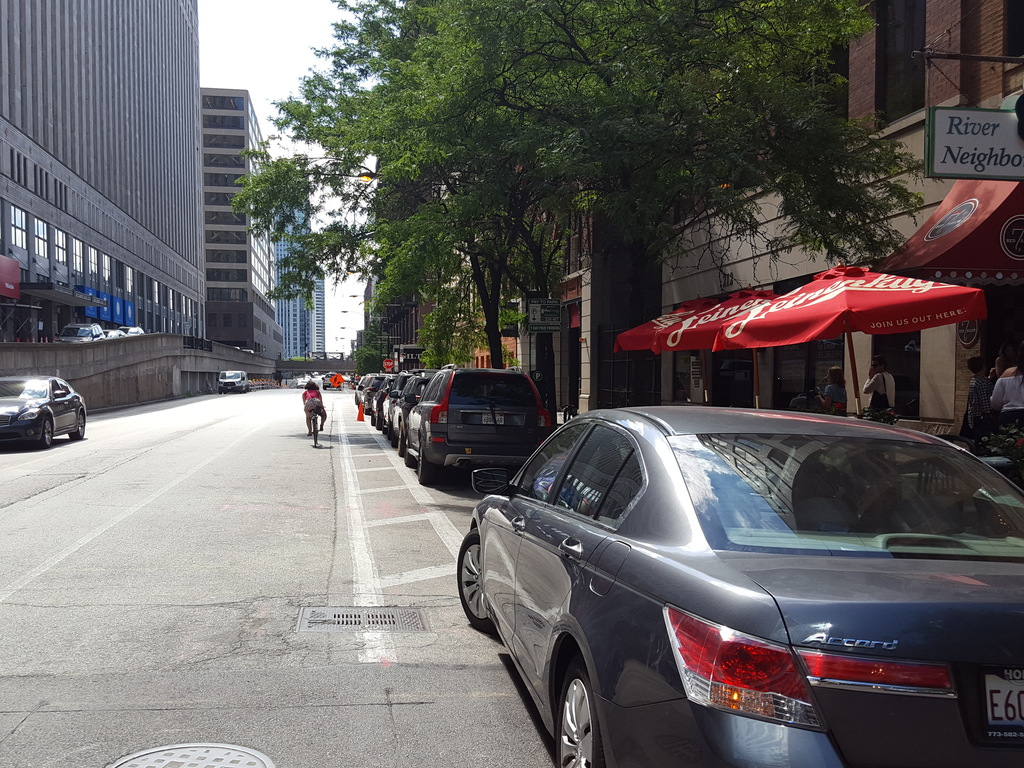 You could start by tearing down these piece of shit PBLs.

Permalink Reply by V W on July 5, 2016 at 6:15pm
What's wrong with a protected bike lane? And how would one "tear down" what's pictured? You mean paint it over? I like having a bike lane there. It just needs the rules to be enforced so people can use it.

I just rode past there, and it looks exactly like this.  It's been going on for a long time and never is going to stop.  Put the bikes lanes back on the traffic side, not the curb side.

You can contact the alderman's office.  However, I think this might be Brendan Reilly, who tried to have a PBL removed.  He may not be too receptive to ticketing.

I notice this happens in the evening and on the weekends on this block. I don't know whether it's willful disregard or not understanding... it only seems to be on this one block.

where's the Lincoln Park Pirates when you need them...

Seriously, the city could be making a ton of cash enforcing bike lanes.

I would almost bet that the valet's on the street are doing this or promoting it.

Don't get me started about parking valets. *headdesk*

My personal opinion, based on nothing other than anecdotal observations:  Rahm Emanuel doesn't care about how the city operates.  He is only concerned with the press conferences and groundbreaking ceremony photo sessions.  Once those pass, he moves on to the next new thing.  This blase attitude trickles down to all of his underlings.  The bike lanes are a perfect example (so are Loop Link and crosswalk signs).

A lot of negative things can be said about Daley, but one (the only?) good thing I heard about him was that when he was being driven around the city, he would have a pen and notepad handy to write down his observations, and he would call people to get problems fixed.

We know from previous reports that Rahm's drivers speed past red lights while he is staring at his phone.  I think he just doesn't care about the ongoing responsibilities of city government.