How could his tragic death upon our city streets not be noted in Chicago's data?!
CDOT states that cyclists' death fatalities on its city streets shared with rail/transit are an exemption from its yearly recorded data. The only way the for the differing data to be noted (unofficially) each year is by media sources and 'cycling community websites'.
Updated: Sunday morning, December 24, 2017. 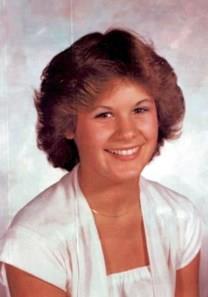 Was unable to enter (for whatever reason) Lisa Marie Scalk's Ghost Bike Installation as an event in the Chainlink event calendar. . . . (sigh!) . . . See You All Down The Road !  . . .

So far this year in Chicago there have been a total of (8)eight cycling deaths, data shows, included with *(1) one cycling, transit-related & 'off-street' deaths.

Despite our wishes and hopes, the loss of members of our community will occasionally occur just as it does in other communities. We cannot ignore or diminish (as some have suggested) these events by whitewashing the facts of the incidents of fallen cyclists for fear of causing alarm and discouraging the larger community. We MUST do everything possible to promote, legislate and educate all for the sake of the safety of our mode of transport!
Thank you!

"...34-year-old Jezniah Smith was struck and killed by a Chevy Cruze."

Self-driving car? Who was the driver? The car didn't do it all by itself.

It's interesting that crash reports will often tell you the make, model and colour of the vehicle involved, but rarely mention any driver.

Permalink Reply by Tom A.K. on September 14, 2017 at 12:27pm
The driver of the vehicle in the crash was Jeffrey Martin Randall, 36, of St. Augustine, Florida. Martin, who stayed at the scene and claimed he had the green light, was not cited.

An update on the wrongful death lawsuit: https://chi.streetsblog.org/2017/11/15/ghost-bike-installation-for-...

Here's a map with the locations of all the on-street fatalities and the names of the victims. Almost all of the crashes took place on the West Side and Near West Side. https://www.google.com/maps/d/u/0/edit?mid=1oKTlQD65ZJ1s1_NuJlc_HaA... This is visually compelling.  I do not jump to any particular conclusion but wonder why the fatalities are so clustered. Is this about the nature of the streets, the nature of the cyclists, the nature of the drivers, a statistical anomaly, a gateway to another dimension? Is cycling less safe in the clustered area on the near west side or is this an indication that there are a lot more cyclists in the area and there are going to be statistics when there are more bikes?  How does this compare with past years? Is this statistically significant or just a coincidence? Are we able to generate anything that will help with a discussion about how to minimize or eliminate road fatalities?

Good questions all. I struggle to believe the concentration of cyclists is higher in this vicinity than the concentration to the north and to the east. My guess would be that poor cycling infrastructure, coupled with drivers less expecting to see cyclists, is the culprit?

It's just a coincidence that most of the crashes were on the West Side.

And you can't generalize. Each crash needs to be analyzed to see what the contributing factors are.

The latest crash occurred on eastbound Augusta near Hamlin around 5:30 PM. Augusta has parking restrictions for commuters, so there's no parking on eastbound Augusta in the morning (7AM to 9 AM). In the evening, there's no parking on westbound Augusta from 4PM to 6PM. So we can assume there were a lot of parked cars on the eastbound side of the street at 5:30 PM. Even if there weren't parked cars, the pavement is so bad between Pulaski & Central Park that the bicyclist might have decided to ride in the middle of the street to avoid potholes & multiple bumpy patches.

I told CDOT at their West Side meeting some time ago that Augusta is too narrow for bike lanes, and they should extend the Division Street bike lanes westward. Also, repave Augusta between Kostner & Central Park (other parts of the street were re-paved, so they should upgrade this very poor quality section).