Did you that you can skip the crowded (in summer at least) Lakefront Trail and get from Belmont to Foster almost entirely on little-traveled paths paths, many of them unpaved, with even better views of the lake?

And did you know there's a four-mile route encircling Lake Calumet on the Far South Side with almost no motorized traffic and a country-road vibe, with six-foot-tall cattails and high green hills (of sodded-over landfill)?

For a magazine article, what are your favorite little known cycling routes and ways to escape the hustle-bustle of the city's most commonly-traveled bikeways?

And do you know any other Chicago cycling secrets, like bike shops that have unique features or fascinating local cyclists who should be well-known but aren't?

Yeah, I think the lack of a stoplight at Ashland/Hubbard is why the Chicago Bike Map recommends you take Grand until one block east of Ashland and then head south to Hubbard to go downtown.

ill also add that i contacted, CPD, 311, Alderman Burnett's office, and CDOT about issues at the intersection at Ashland and Hubbard.  Basically, there is a crosswalk, a bus stop. Northbound traffic constantly blocks the intersection when there is a red at Grand, and they dont observe the crosswalk and have little regard for crossing traffic.  its common to get caught in the middle of the northbound/southbound/turning lane traffic.

this seems to be an issue only at evening rush hour.

I like Hubbard from Halsted to Ashland, but with no stoplights or stop signs (for the major streets) at Halsted, Ashland, and Damen, it does have its limitations.  Those crossings can be a challenge.

hubbard!  its such a clear route between western and milwaukee.  its wide, barely traveled by vehicle. there is some truck traffic, but they are generally stationary or slow moving, and crossing ashland is a bit of a bitch.

but im really surprised that most of hubbard isnt labeled as a bike route, and im not sure how many people know about its existence.

you also get to pass fun murals along the rail line.

I'll second all of these.

I'm guessing that there are no secret routes. Pretty much anyone with a shred of curiosity who finds herself riding a route more than a few times in Chicago will seek the most pain free way to do it.

Three alternative routes I frequently use are:

1. the well known Oakley route often referred to as "the hipster highway" as a way to travel between the south the north sides without suffering the atrocious Damen viaduct or the appalling Damen bridge. It requires veering onto and off Western a couple of times, but Western is either super wide for those stretches, or the east sidewalk is generally devoid of pedestrians and storefronts - so despite being illegal, it is perfectly ok to ride on (cautiously of course). But watch out for broken glass especially between 18th and Ogden.

2. Loomis! again not a secret, but I'm alway surprised that Google's bike directions will always send a person up Archer all the way over to Canal or Halsted. Archer is totally treacherous with dozens of places where the outside lane of the four lane street temporarily disappears into a parking chokepoint. That combined with some very fast driving - encouraged by the width of the road along most of its length make for some very scary biking. I get off that thing as early and often as possible. I find Loomis->Blue Island a much more pleasant way to get downtown from the southwest side than the dreaded Archer.  As a bonus, when going southwest, you get a rare opportunity to take a fast 90 degree right turn after a bit of a hill if you cut west on Eleanor right after crossing the Loomis bridge over the river.

3. Plymouth! It only gets you off State St for a mile or so, but from 15th all the way up to Jackson or so, it is pretty much a car free route passing through some parks and Printer's Row, a quiet neighborhood and past a hidden gem Indian restaurant http://www.curryhouseonline.com/.

If you want to go from the far southwest side (Auburn-Gresham, Beverly, Morgan Park, etc.) to points a lot further west, 83rd St. is a pretty sweet ride.  It's a quiet residential street that has stoplights at all the major streets and actually goes slightly past Harlem.  If you want to continue all the way to Toyota Park for Chicago Fire soccer or a concert, you have 2 options.

1. You can take 83rd past Harlem, then go north on Oketo Ave. all the way to 71st St., then Toyota Park is across the street.  OR

2.  Take 83rd to Sayre (just east of Harlem, then go north on Sayre to 71st, and go west across Harlem to Toyota Park.  The last section of this route is industrial.  If you prefer to ride in a residential area, you may like the Oketo option better.

BTW, if you've never tried it, the route around Lake Calumet that John describes above is out of this world on weekends.  There's nothing else like it in the city.

WOW! it's up to the golf course wall already.

Belmont to Foster?  I wonder if you are referring to the path that, last I checked, looks like this: 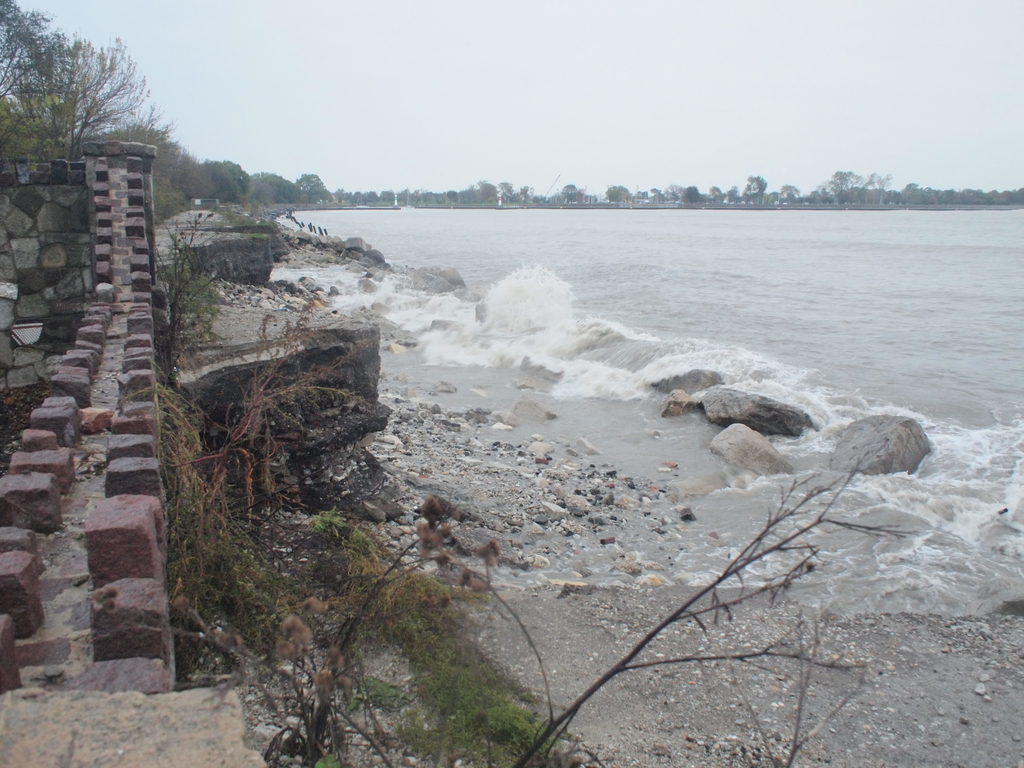 I've been meaning to go see the fire play. I'll have to check out those routes. Thanks Anne!

You cannot see it on aerial maps because north of roosevelt it is basically a tunnel under the new post office, old post office, union station, boeing building until about lake street.

Cool, Jen.  Can you see it on aerial maps?  I'm looking at Google Maps, and I see something labeled Lumber St running south from Roosevelt Rd down to 18th & beyond.  North of Roosevelt it seems to turn into an unnamed access road along the tracks that disappears under the post office.

Even if that's the route you're talking about, now I can't wait to ride Lumber St.  Never would have known about it had you not posted - Thanks!

It's one block away from the abysmal bikelane on 75th street, but 76th is a pretty solid residential route from the lake to damen.   It's already recommended, but lawndale is a nice way to avoid kedzie/pulaski from archer to 71st.

I've been meaning to go see the fire play. I'll have to check out those routes. Thanks Anne!

I like taking Paulina to Courtland, cutting through Finkl and then connecting to Clybourn or southport as an Ashland alternate.  It lso helps me avoid Milwaukee or Damen on a busy Friday or Saturday night when traffic, valets, and taxis make cycling those street intolerable.

My favorite was 14th place across Halsted eastbound to Jefferson to head downtown.

UPS closed it off and I still miss it.

I'd be careful about promoting some of these (particularly Lumber) because if others start using them they're going to be closed off to public access.