give "grumpy" cyclists a place to grump with/at each other about all topics that annoy ;-)

I think we all have days we just feel grumpy.

I get grumpy about bikes on sidewalks when it's not necessary, they are adults and I'm walking my dogs.

I get grumpy about salmon in bike lanes.  Often they will try to push you into the door zone when you meet.

I feel grumpy about this... 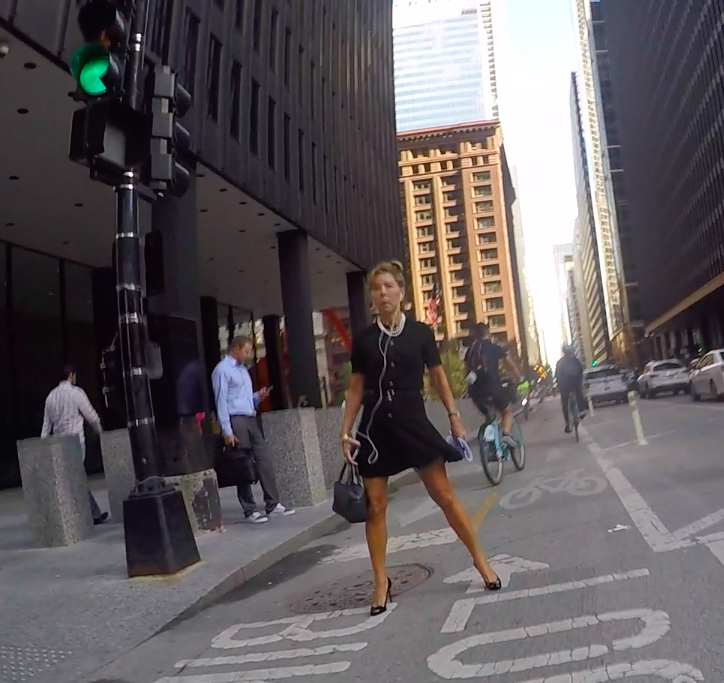 We all had the green and she was doing a Frogger. Nope, will have to disagree. Not hot.

Permalink Reply by Christopher Warland on September 4, 2018 at 10:42am
Electric skateboards!
Sound systems on bicycles!
Riding through six-corner intersections in the crosswalks!

Electric anything doing 20mph or more. They have much more mass and less agility than the occasional 'trainers' out there.

I get grumpy when a cyclist on a $10,000 bike gets in front of me at a red light, and can't figure out how to shift into a lower gear, and I wind up climbing up their a** when the light turns green.

I can't count the number of times the light turns green and the guy in front doesn't know how to downshift.  I don't get angry, just shake my head and wonder....

Keep your head on a swivel

Got hit by an uber today.

I was coming eastbound on Superior, making the turn onto southbound Wells. I had the light — hell, I even signaled!

An Uber had just picked up a fare, facing northbound on Wells, just south of Superior. He wanted to be going southbound, so in true Uber fashion, he just pulled a U-turn... right into me as I was making the turn.

I saw him a little before he hit me and was able to brace myself - hit my left side with the grill of his car, i went flying and somehow landed on my left shoulder/arm.

I popped up immediately to be sure he did not bail. I was pretty sure I was fine. But took the offer of an ambulance anyway, to be sure. Ditto a ride to the hospital. So here I am, waiting to get released. Nothing broken, just a little sore. The dude seemed very sorry. He did get two tickets and so collecting on his insurance shouldnt be too hard.

My bike??? I don’t know. We locked it up. Gotta go check that out later.

Thats my story. Dont know what I could have done differently.

Be careful out there!

When you go to your LBS and the mechanics talk down to you or turn their back to you and walk away as they give you answers to questions.