I mean he just un-clipped it without even bothering to steal the mounting bracket. It's worth $25 when new... this one has a torn seal and stops working when it rains! While the scumbag who stole it did give me an excuse to buy a new one, the joke's on him! 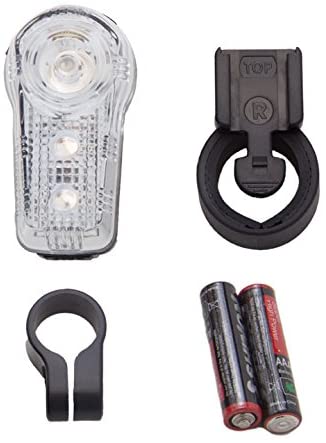 I and many others are sympathetic.  Just be mindful that other people are not so sympathetic.  This is what the States's Attorney for Cook County describes as a low-level crime. Under this doctrine of "Progressive Prosecution" as it's called, even shoplifting now if someone steals a bike right out of a store, so long as it isn't worth over a thousand dollars, it's not a felony.  Just to keep in mind everything above, if it's not a felony, it's low-level in the eyes of so many now, so it's becoming barely a concern. So, a bike light?

Related, if a police officer these days witnesses the theft of your bike light in progress, consider that their eagerness to risk their pension or safety to intervene in such a theft in progress may be diminished.  (There is a national discussion underway about police pull-backs, and what this means for public safety and property such as you've experienced - see threads and articles elsewhere here on Chainlink)

These things ebb and flow though... for a while nobody took drunk driving seriously either, and things turned back around on that fortunately, and now we see drunk drivers arrested and prosecuted more aggressively again in some districts.

This doesn't surprise me in the least. I mean, in my long years of cycling in Chicago I've had every conceivable silly little thing taken off my bike: lights, bells, bungee cords, any number of cheap water bottles, those flashing valve caps, and even the plain black ones. Not to mention tubes, little Allen wrenches and gizmos gone from the seat bag. Sometimes I think people do that stuff just to yank cyclists' chains (so to speak). It's irritating, but except for the lights, which do aggravate me, I just shrug it off as part of the cost of doing biking. Truthfully, I'm happy just to see my bike itself there when I come back.