Ok, life has been curtailed by a lack of lakefront path, 606, etc. but hopefully we'll come out of this healthy and back on our bikes in a matter of several weeks *fingers crossed*.

Now grab those old photos of you riding your bike as a kid or young adult - or if you just have a photo of one of your first bikes. 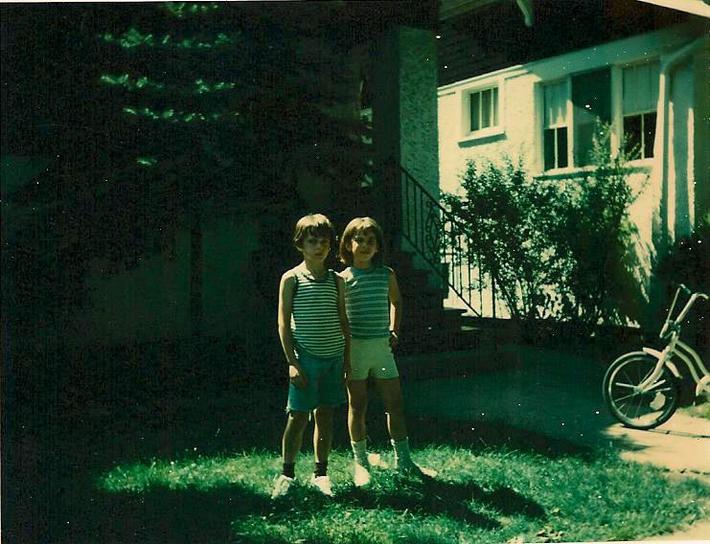 It was a blue Schwinn. (pic of model attached found on eBay, sans orange bike flag) Bought it used with my own money! No training wheels, mom would just run along side and hold me up until I could do it without falling on the grass.

For some reason the hand-grips were an off-white that didn't match the white on the saddle, and twisted a little. They had a little hole on the end so I could add a pinwheel to trick it out a little.  I repainted it using a paint brush which gave it a unique finish, but that cost me less than spray paint.

I got a speedometer to go where this one is mounted and then later got a front and back light set. The whitewall on the back tire got pretty shredded because the light set had one of those generator thingys that was spun off the tire wall. It was probably a good idea at the time because it was too big for me, but yes, it was a "girl's" bike. My answer if someone gave me crap about that was "Wanna race me in front of your friends?"

Having hit my noggin on the pavement a few times, the next year I paid a friend more money than I paid for the bike to buy a "mini-bike" helmet as they were called in those days, which was a reasonable expenditure.

The coaster break would tend to "catch" in the same spot so I would have to slide the rear tire around a little so I wouldn't wear it excessively.  VERY comfortable saddle, unlike any I have now.