I'll be visiting Seattle for work next week (8/11-17/2019) and was wondering if anyone had any advice or suggestions. I assume it's much more hilly than Chicago.

I'll be staying downtown near Pike Place and will rely on either a hotel bike or one of the bike shares.  I think they have 3 or 4 now, with e-bikes.

My free time will mainly be in the morning or late night.

Seattle is quite hilly, but many of the bike shares are ebikes, which makes getting up the hills quite doable. If you don't have an ebike, you can carefully choose your route to get the least hilly option. From Pike Place you can bike up to the Seattle center and then along Lake Union to Fremont which has a lot of fun bars and restaurants.

Drivers in Seattle tend to be less aggressive than in Chicago, but also can be distracted.

If anyone has any food or beer recommendations, I'd love to hear those too.

Gas Works Park is cool and worth checking out. Also the Chihuly Garden and glass museum is awesome.

These aren't really bike specific recommendations, but both are easy to bike to. I've been to the music museum a few times too, and it's pretty cool if you're into that sort of thing.

Fremont Brewing Co (it's right near Gas Works Park). Rubens is up that way too, in Ballard (which is a cool neighborhood). Georgetown Brewing makes good beers, you'll see Manny's on tap everywhere, but they have a bunch of different stuff at their taproom. If you've found Cloudburst, these places are probably already on your radar.

Food?
It's been a while, but I remember Pasta Freska being awesome. It's a fun family run place where there's no menu, they just ask you what kind of stuff you like/don't like and start cooking for you. We went here with a big group.

5 Spot in Queen Anne was also good. It's a diner-ish kind of place with rotating menus, good for brunch.

Pretty sure they have a helmet law for cyclists. No idea if it's actually enforced or not, but they take these things more seriously than you might expect.

The steeper hills in Seattle are San Francisco-steep. When I visited, I rented a mountain bike and was VERY happy to have the low gearing for those hill climbs.

Just back from Seattle. Nice trip, but mostly work-centric.

It made me really appreciate the flatness of Chicago, but the e-bikes certainly helped.

I stayed downtown, and the inclines from the bay are very steep.

I was only able to explore outside downtown on one night.  The rest was short trips to restaurants or coffee shops.

Most of the bike lanes on one-way streets are on the left side of the street.  2nd Ave had a two-way protected lane that was heavily used.  4th Ave had a painted lane on the left heading north, and 3rd Ave was a two-way street dedicated to buses and bikes only from 6am-7pm.  Many of the buses are trolley-type, connected to overhead wires.  They had actual trolleys too; I had to be careful when changing lanes or turning, so as not to get my tires caught in the tracks.

I took the lite-link train from the airport. Nice and clean and smooth.

The e-bikes are Lime and Jump (from Uber).  The Jump bikes are far superior, but the Lime bikes seemed more prevalent downtown.  You get a much better power assist going uphill on the Jumps and they have 3 gears.  The Lime bikes are one gear and it felt like I was getting no assist when I tried my first ascent on the steepest streets.  The seat and handlebar positioning was better on the Jumps as well.  The handlebar grips on the Limes tended to slide off as you pulled while going up steep hills, and every Lime bike felt wobbly when picking up speed on the downhills.  Be sure to check your brakes too, before you head down the steepest declines.

Both charged on a per-minute basis.  Jump = .25/min, Lime bikes = .25/min + $1 unlock fee.  Jump also allowed you to hold your bike at the end of a ride, while continuing to charge you.  They also allow you to reserve a bike on the map, to be sure it was still there if you had a long walk to it. 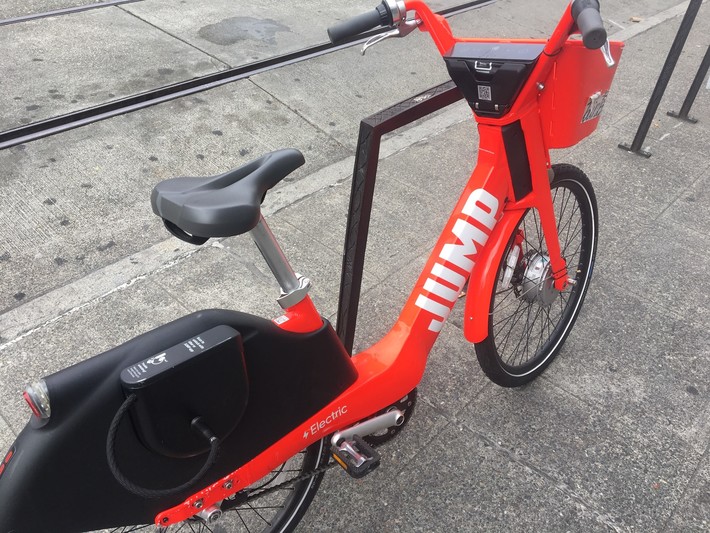 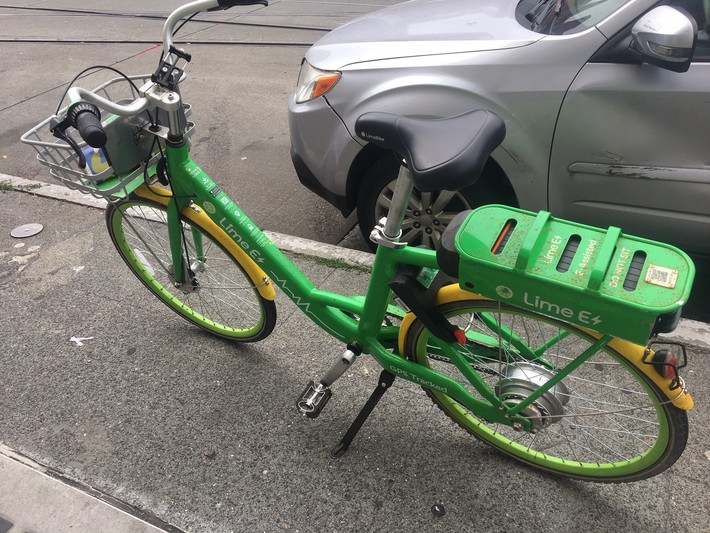 Both Jump and Lime had phone mounts, which was very much appreciated when navigating an unfamiliar city.

I had only one night I could eat out and explore a little.  Went up to the Ravenna neighborhood and had a fantastic meal at JuneBaby.  Then I had a beautiful ride through the UW campus on the Burke Gilman trail, and then along the Cheshiahud Lake Union Loop (past Gas Works Park), then along the Fremont Cut on the South Ship Canal Trail, then along the Elliott Bay Trail to Holy Mountain Brewing in the West Queen Anne neighborhood for some excellent beers.

- Navy Strength tiki bar, next door to No Anchor. They have a Lost Lake cocktail on the menu, in tribute to the Chicago bar.