Bicyclist dies after being hit by dump truck on Northwest Side

A bicyclist died in a crash with a dump truck in the Irving Park neighborhood Wednesday morning, the second bike death in the area in less than two weeks, according to Chicago police.

The bicyclist, a 37-year-old woman, and the 21-year-old truck driver were both going south on Milwaukee, with the bicyclist on the right of the dump truck, according to a Chicago police media notification. When the man driving the truck turned right onto Kilbourn, the truck crashed into the bicyclist, who rolled underneath the truck, police said.

Permalink Reply by Phillip Hutchinson on November 7, 2019 at 8:55am

Painted lane markings at this location are faded to the point where they are almost non-existent: The obtuse angle of the intersection allows southbound vehicles to take this right turn at high speed, without slowing down: 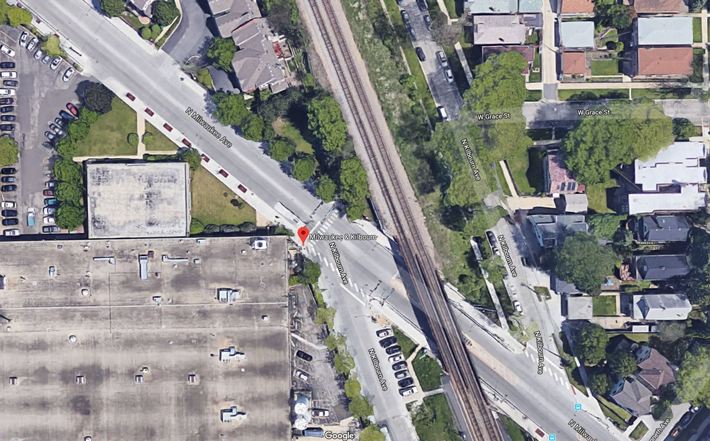