The complete trail connects three parks along the North Branch of the Chicago River.

RVING PARK — After four years of construction, the final stretch of the 312 RiverRun trail is open to the public.

Mayor Lori Lightfoot, Ald. Matt Martin (47th) and other elected officials and community leaders hosted a ribbon cutting Friday, unveiling a bike and pedestrian path the cuts under the Irving Park Road bridge at the North Branch of the Chicago River.

“We are thrilled to celebrate the completion of this transformative project, which not only modernizes one of our city’s major bridges but also creates a safe and aesthetically-pleasing connection between California Park and Horner Park,” Lightfoot said. “This is a great example of the kind of infrastructure projects our communities need, as they improve our parks and transportation systems to make it easier for our residents to exercise and enjoy the outdoors.”

Elements of the 312 RiverRun have been in the planning stages for years. The city’s transportation department, department of Planning and Development, and Chicago Park District collaborated on how to create a continuous river trail system linking California Park to Horner Park. 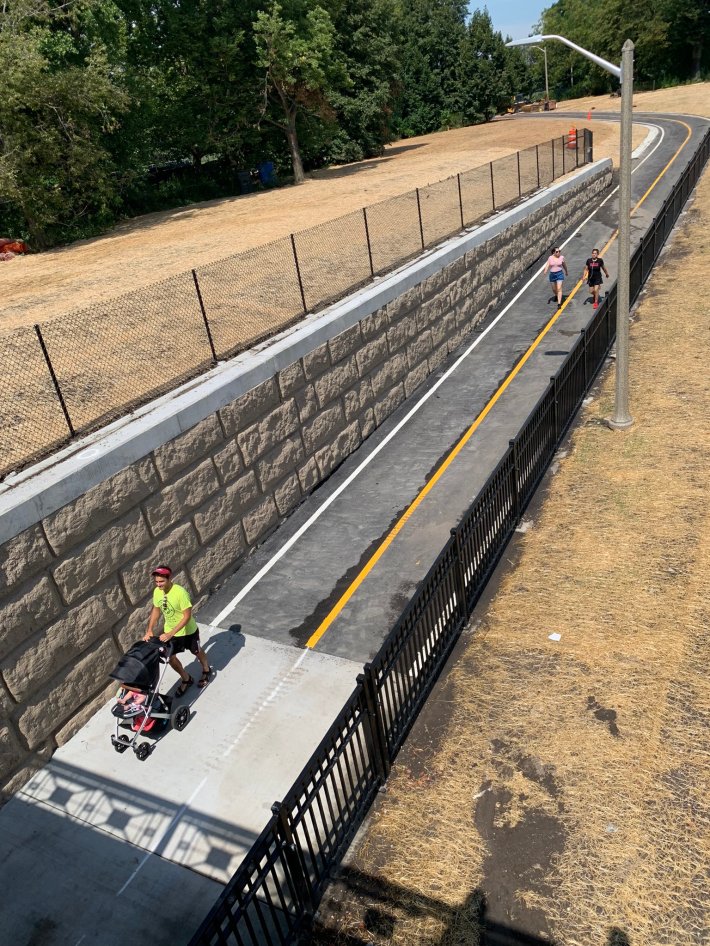 Credit: Provided The new underbridge trail under the Irving Park Road bridge at the North Branch of the Chicago River connects California and Horner parks.

The final segment needed to connect the trail was the path under the Irving Park Road bridge, which was built in 1914. A $18.1 million project to replace the bridge began in 2019 and wrapped earlier this month. As crews rebuilt, they added the new pedestrian and bike path under it, officials said.

“This project, and all of 312 RiverRun, demonstrate the importance of investing in infrastructure creatively,” said Gia Biagi, commissioner of the city’s transportation department. “Not only did we replace and improve a major bridge that was more than 100 years old, but we are linking existing recreational spaces in a way that makes it safer and more fun for everyone, no matter their age or ability, to enjoy the outdoors and pursue a healthy lifestyle.”

Martin has championed maintaining and expanding bike and pedestrian infrastructure in his ward. An avid bicyclist himself, he said it’s important to find the gaps in pedestrian and bicycle access throughout the city.

His office works “hand in glove” with CDOT to identify where pedestrian safety measures and resurfacing could be added to improve safety and access for neighbors, he said.

“We just want to make sure that it’s as safe as possible for folks, especially along our larger commercial corridors,” Martin said. “There’s a need to really look at this as a city-wide network and fill in the gaps we’re still missing by thinking cohesively beyond ward boundaries.”

Here's a video of riding the entire 1.5-mile trail system from Montrose to Belmont.