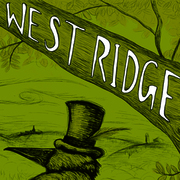 West Ridge is Community Area #2, 9 miles northwest of the city’s Loop.  The tour begins at the National and Chicago Landmark Park, Indian Boundary Park at 2500 W Lunt Ave in front of the recently fire-damaged Clarence Hatzfield designed Tudor fieldhouse with Native American motifs. The park is part of the northern boundary of the area that the Potawatomi seceded to the U.S. in 1816. West Ridge sits on a natural ridge, remnants of the glacial path that shaped the Great Lakes region. Following centuries of use by indigenous people, West Ridge was settled in the 1830s by immigrants who came to the region to farm the land. It is a popular and comfortable locale with jaw dropping mansions and a fleet of sturdy and tiny worker’s homes. Come join us on a leisurely bike ride to get to know the community, its history and architecture.

This is running of the Tour of West Ridge is being done in association with Good City as part of the Indian Boundary Bike Tours series, marking the 200th anniversary of the signing of the Treaty of St. Louis of 1816.

RSVP for Tour of West Ridge 2016 to add comments!