This morning, there was car debris all over both LFP lanes and a police car blocking one of the LFP lanes between Diversey and Belmont. There had been a serious wreck in which a car had gone off LSD, swiped a tree and went across both paths. The path had been damaged. I didn't see the wreck and the car had been moved to Belmont Harbor by the time I came across the site but I hope the driver and nobody on the path was seriously injured. Judging from the condition of the car, I would guess the driver wasn't so lucky. It did leave me thinking about all of the stretches of LSD without guardrails, though, as this wreck occurred in such a stretch. Given the amount of traffic on the LFP, doesn't it make sense to ensure that there is a protective barrier in almost all areas?

Hi John, thanks for this comment and sorry that i didn’t spot it sooner. Yes i was refering to the number of women featured in the images and i’m glad to know your rationale. Personally i feel there’s a fine line between representation and exploitation, with the camera angle having a lot to do with it, especially where women on bicycles in the summer are concerned. But “eye of the beholder” and i really am glad that we have a fully-fledged SB entry in Chicago.

OK thanks. Again, I didn't take that particular shot, but I used it because it's one of the most dramatic photos of a Lakefront Trail crash that I've seen. I'm guessing that if you go back and look at photos of female cyclists that I and other Streetsblog reporters have shot, you won't find anything problematic.

Thanks to John Greenfield for the follow up article on Streetsblog.

Nice!! A+. Nice follow-up by Mr. Greenfield. Glad to hear nobody on the path was injured and that the driver was cited (DWI, negligent driving, operating a motor vehicle without insurance). It would really suck to be hit by a drunk, insurance-less driver while riding or walking on the path.

Another car was driven through guardrails...observed this morning 11/30 around 8:30a. Just south of Addison towards the north end of Belmont Harbor. The wrecked car was parked a little further north. 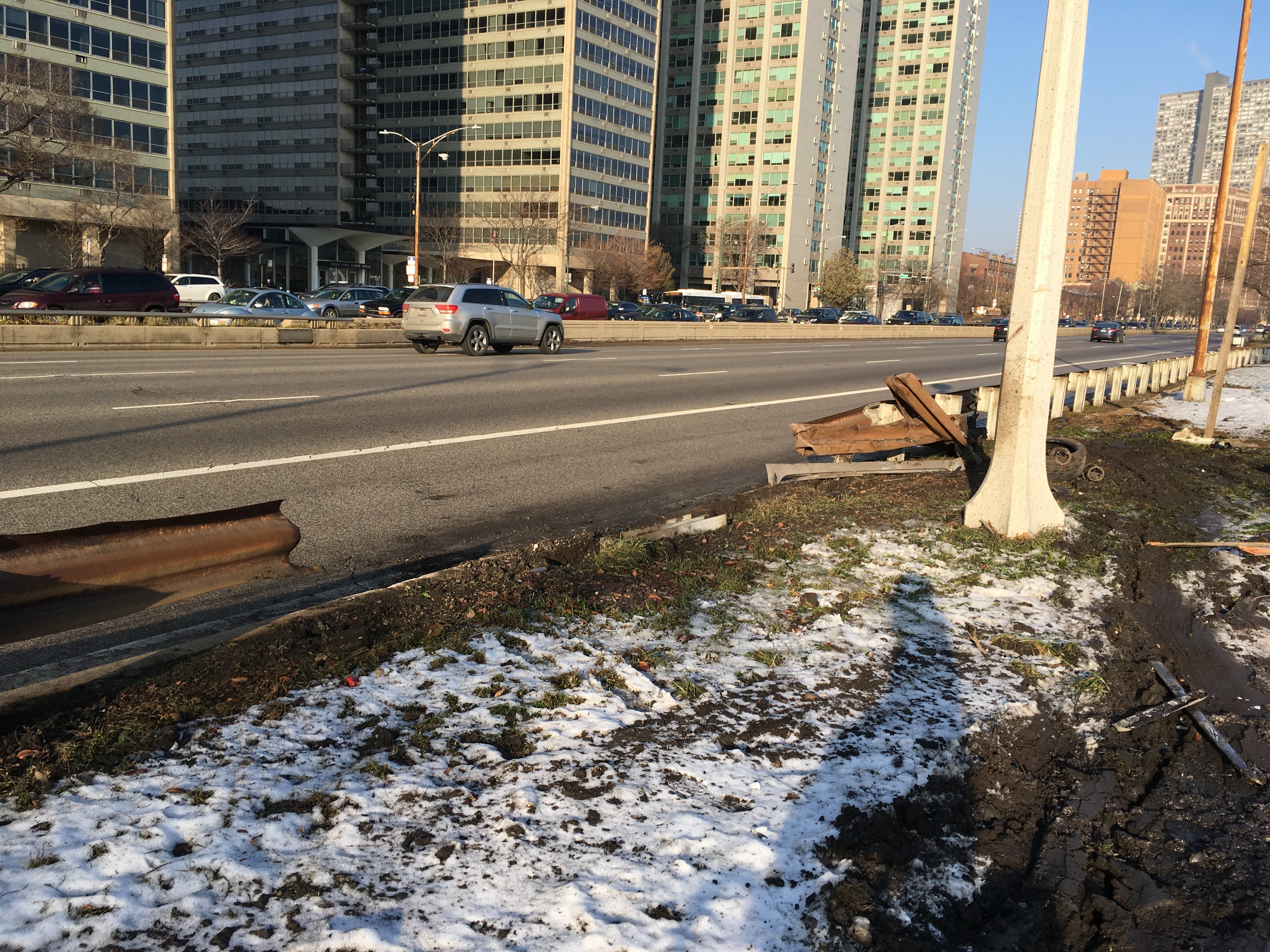 I drove past there yesterday to the cyclocross race at Montrose. There's still a car wheel there.

This occurred at 53rd street, back in September. The guardrail was destroyed where the car went through. It still looks the same, several months later. 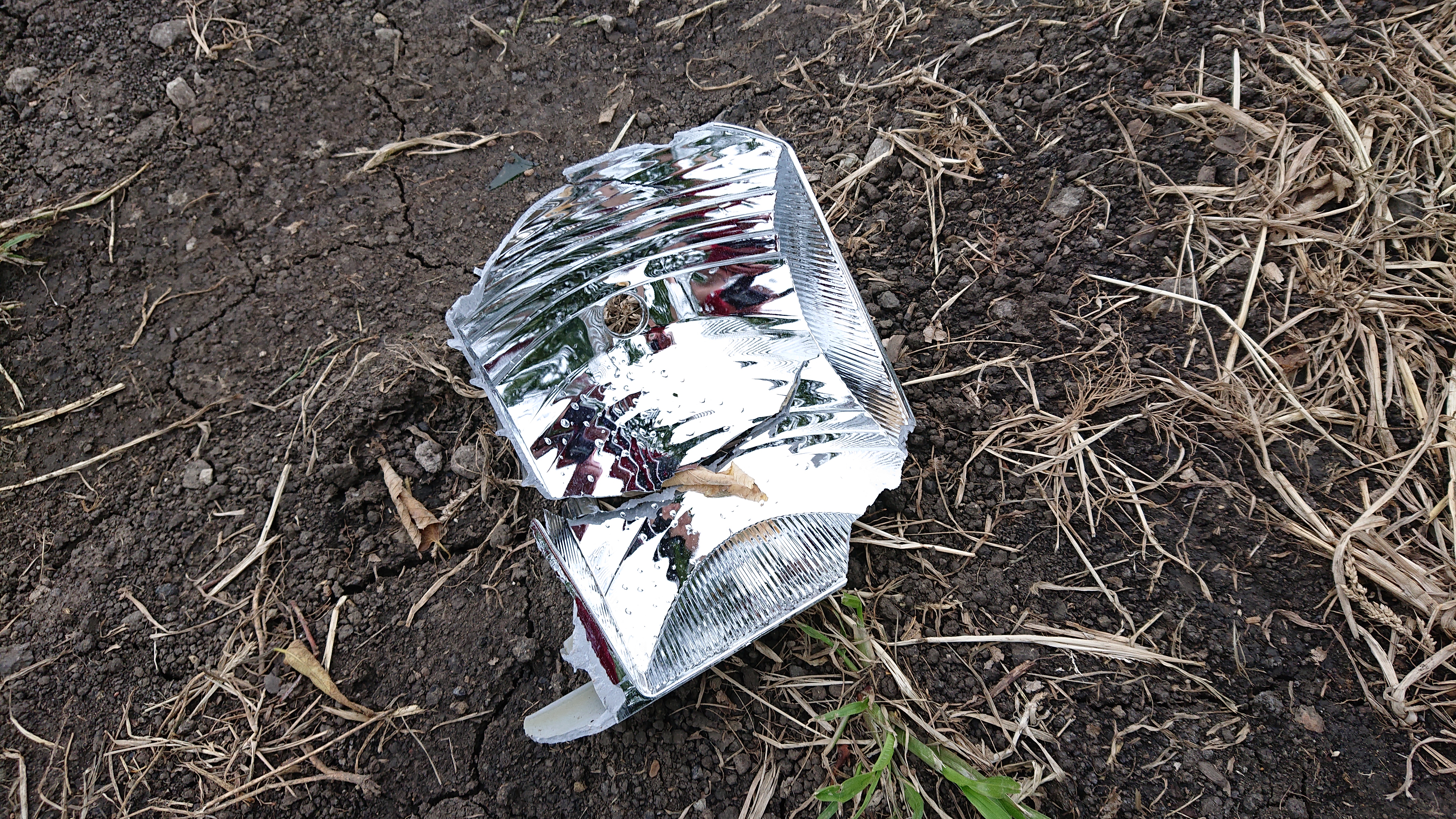 I counted 85 steps from the end of the guardrail (pictured above to the last piece of debris I found on the path. My 85 steps would be close to 200 feet. Imagine how far a speeding car which has just lost momentum hitting that guardrail STILL travels. Imagine if the person pictured above had been there.  The person would have been DESTROYED by that speeding hunk of metal.

I rode past there yesterday. Yep, still there.

Correction. This was just north of the pedestrian bridge at 51st (not 53rd).