Do you know this bicyclist from tonight's CCM?

This guy, in the center: 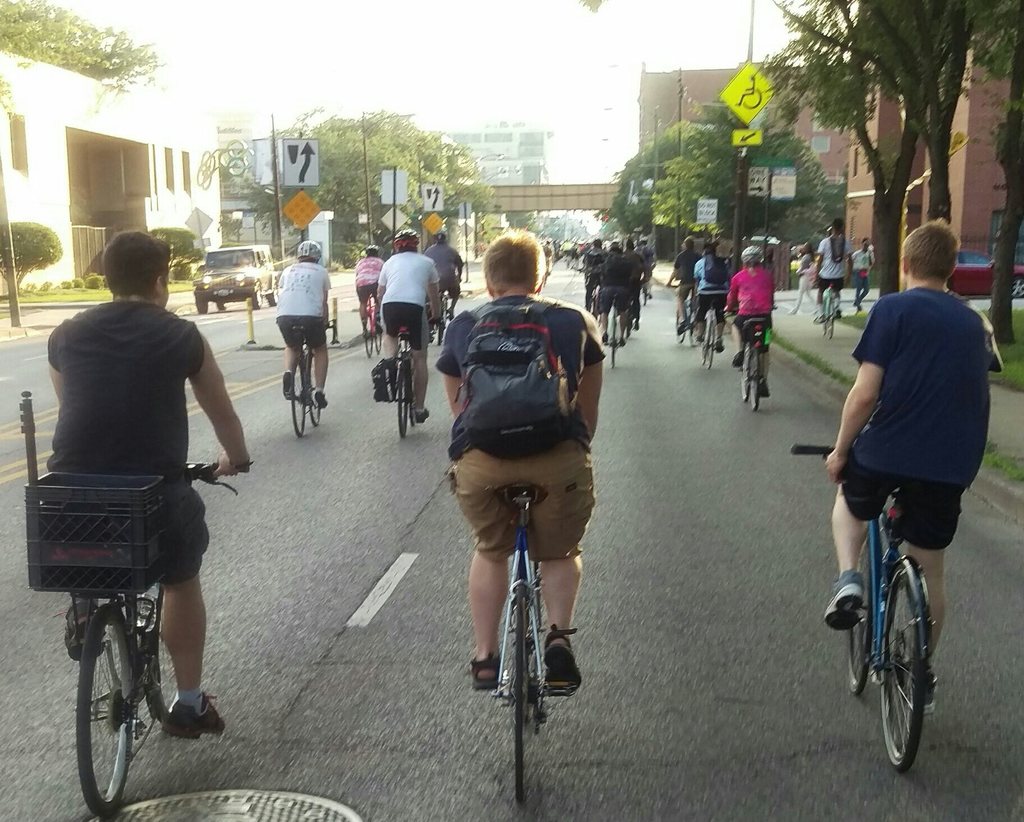 He crossed a major line when he spit directly in the face of a pedestrian (at very close range) who was crossing North Ave. The ped was furious, and rightly so, and started to chase the bike-riding idiot, causing an even more dangerous situation. I apologized as best I could for this bullying, non-Critical Mass behavior, but if you know him or his friends, he needs to be outed, to learn MUCH better manners, to realize that what he did tonight was a HUGE no, and to know that he just created yet another pocket  (composed of the victim, his family, friends, colleagues) of vehement anti-bike mentality in Chicago. Thanks.

Also, I mean - how horrible can you be? You just ruined someone's day, or worse. You have no idea what they are going through or capable of. You should be ashamed. It was *not* at all cool (yes, I heard you bragging your friends about it) and I don't think you belong on the street. Get a grip. Grow up. And find a way to make amends, because that was unbelievably bad form.

I'm glad that I didn't see that stupid and very gross action. You are right to bring attention to this. Things like this can ruin it for all of us. ----- What I did see (besides the gun incident) was a car that was surrounded by riders and also had a smashed up rear window. ---- Did we smash a car window? I hope not but??? I think it may have happened. Did anyone see this? What can we do to be visible, kind, and have fun? Spitting, guns, smashed windows? That's not who I am or who we are.

I agree that he needs to be outed and shamed. That kind of behavior is just what our bike community does NOT need.

Permalink Reply by Alex Cavnar on July 1, 2017 at 10:42am
I'm not defending this guy's actions, nor do I even know him. But there was one guy in particular crossing North Ave around Sheffield that intentionally walked out into the Mass to try and start something with the riders. He was yelling obscenities, and he tried jumping in front of my bike to get in my face. I don't know if he actually tried to hit me or another rider, but as I passed, I said, "hey, it's a bicycle parade. Happy Friday!" I felt a light thump on my helmet right after that from the side he was on.

I dunno. Critical Mass has been weird this and last month. Last month had low turnout due to rain, but near Chinatown, I had a truck run right at me as I was corking. The bus trying to force its way through the Mass on the Mag Mile this month was completely out of line. We need to see if we can start getting police escorts again like we had for several rides last year. People are getting really aggro towards the Mass. It might be the fault of some of our riders, but it seems like there are also just a lot of people who are mad at the world, and we're an easy target to take some aggression out on.

Permalink Reply by Sarah D. on July 1, 2017 at 3:58pm
I have little doubt that was the same pedestrian. What an oaf. But our job is to take the higher ground because the Mass *is* an unexpected and unwelcome disruption, which it sounds like you get, too. Too bad for everyone the spitter was unable to understand the spirit of CCM.

I totally get where you're coming from-- the best approach I've seen is to respond to the negativity with positivity wherever possible. I mean, just look at all the drivers who actually smile and wave despite being stuck due to the Mass.

I've seen several calls for some type of huddle-up beforehand, where somebody gets up and explains the do's and don'ts, both for riding with everyone and interacting with motorists. I'd like to add my voice to that. My partner wants to come to the July CCM and bring our infant son in his trailer. If I feel like we're going to encounter more issues with motorists trying to run us over or getting irate due to some riders antagonizing them, I'm afraid we're going to just wind up hitting the Lakefront instead.

Sarah can you message us?

Permalink Reply by Tom A.K. on July 1, 2017 at 1:35pm
His friend to the left has a photo tripod leg protruding from the stolen milk crate on his rear rack. Maybe they were doing videos? 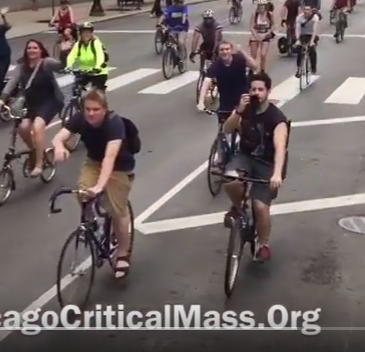 Cyclists behaving like idiots and antagonizing people during CCM?

I am sooo surprised.

So... just don't do anything, don't say anything about it?

(Or try to get them to embrace another approach?)