Heads up, the much needed bridge repair at eastern end of Centennial Trail is being done. However, there is no signage indicating you can't get through (traveling eastbound) until you get right up to it, unless I missed it.  It's 3.5 mi. to go back and find another way!  I was able to barely get around fencing Sunday to avoid adding another 7+ mi. to my century ride, but this is not recommended, particularly if they are working on bridge.  Anyone have a good workaround to avoid this until late Fall? (Edit: I guess the I&M trail on other side of canal is best option, and I think that trail is paved there.)  They do have closure listed here: http://fpdcc.com/preserves-and-trails/construction-closures-work Guess you can take the I&M Canal trail instead... 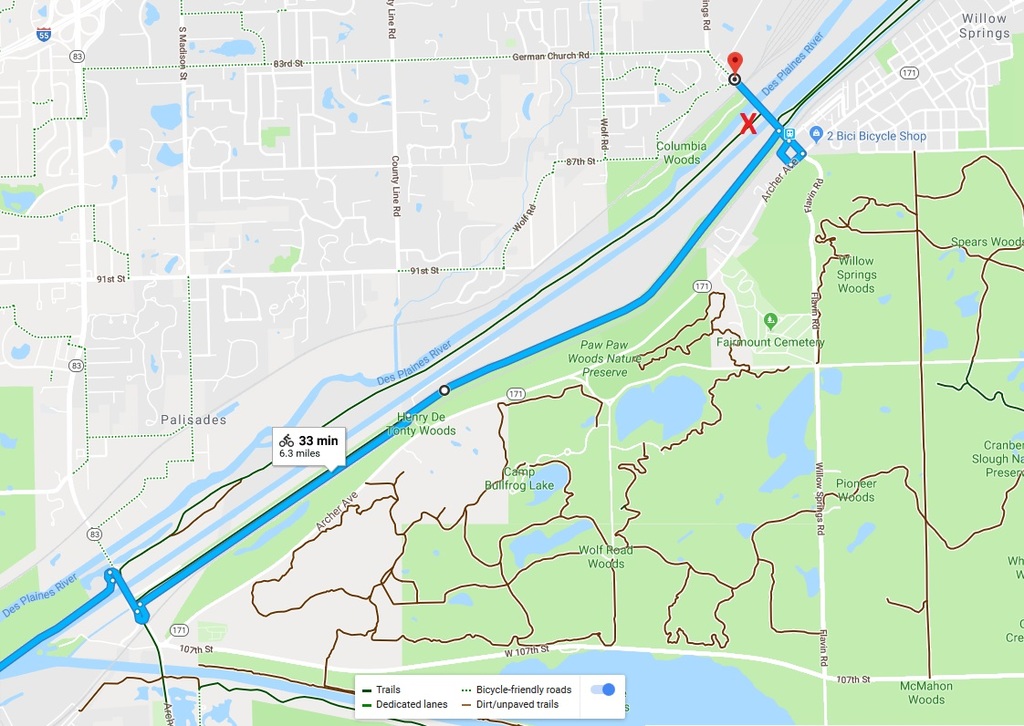 How would you bike to Lemont Rd from the I&M?

So much for IDOT being finished by Oct. 2018!  Slow progress but you can walk it if you don't mind lifting bike over guardrail and around a fence on south end of soon-to-be-new bridge. Pic from yesterday: 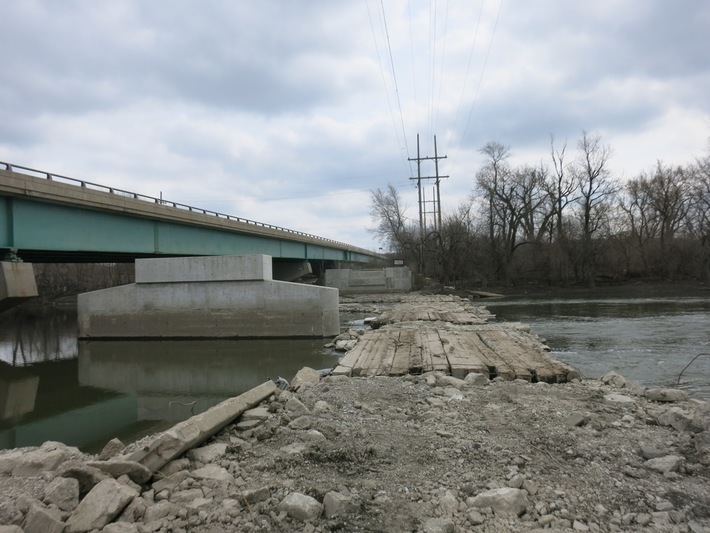 The new bridge has been delivered but not installed yet. More info soon.

Finally!!  Now how many more months until install?

The bridge is now in place, but not ridable. One could walk a bike across but they will probably fence off access. The surface looks like corrugated sheet metal which is probably the form for a concrete slab surface. The construction crew thought it will be a month or so before it is officially open, which would be some time in late August 2019. The following photos were taken from the Willow Springs Road bridge overlooking the new bridge and the NE end of the Centennial Trail. The bridge is 320 feet long and 16 feet wide - 14 feet between the railings. The construction drawings are at:

How do you do that?

I just click the little "image" icon above where I'm typing right now and select pic on computer. 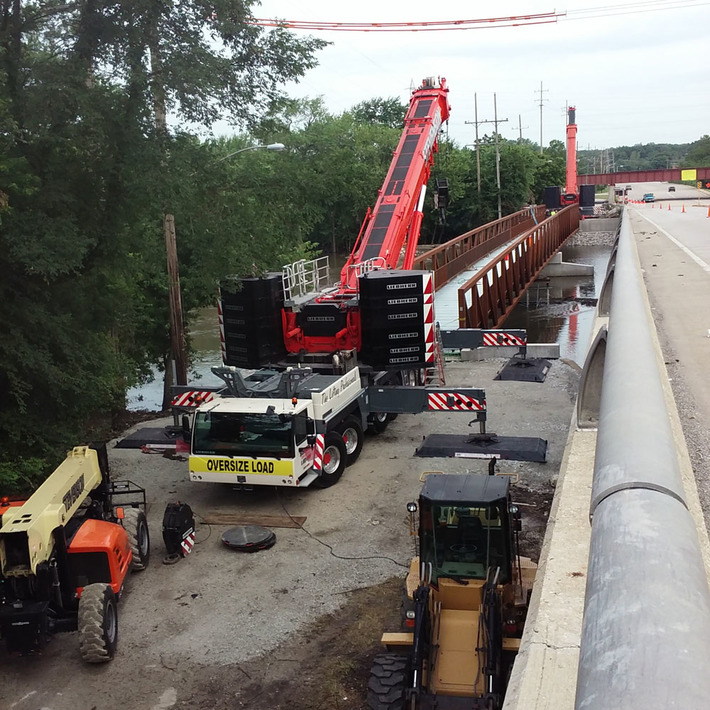 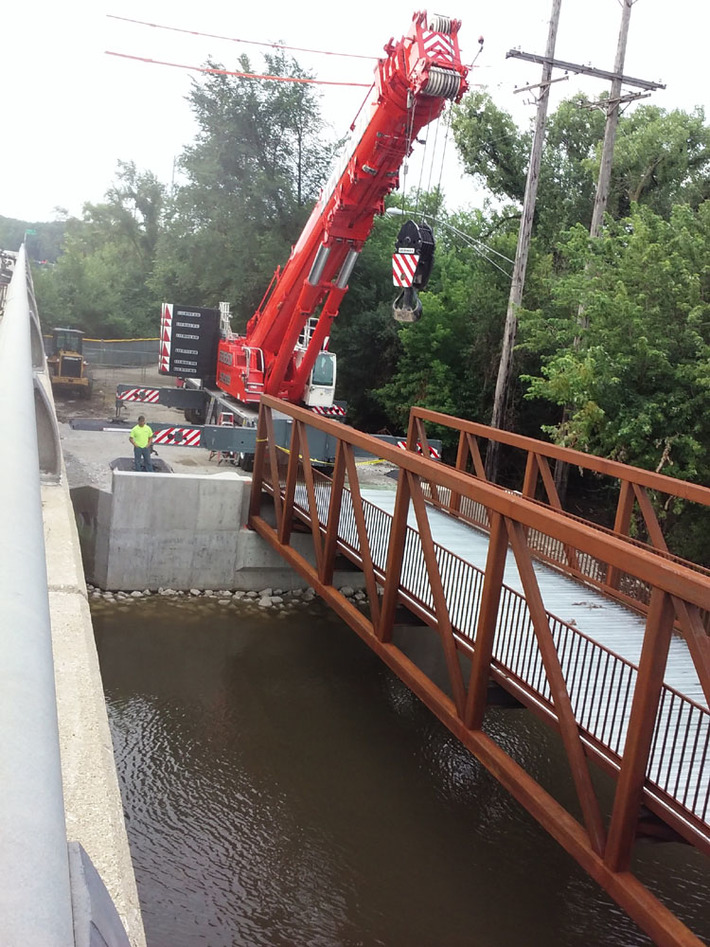 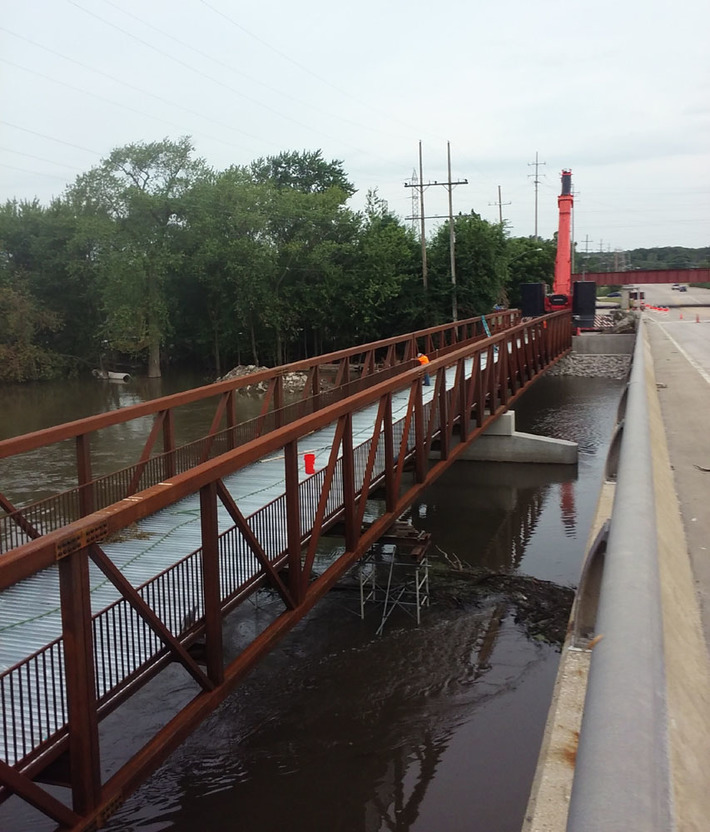 Sat. 8/3 they had the rebar grid about half done. Hopefully concrete pour will be soon.  Maybe the "bridge out until 10/18" sign will only be off by 1 year!?

The concrete bridge deck has been poured and is covered with burlap to cure. Looks to me like it could all be open in 2 weeks if they tried. I asked the construction supervisor and he said it'll be much longer than that. They still have to deal with the approaches. So maybe October 1 (this year :-) is a best guess as to when it will be open.

But it's still fenced off. 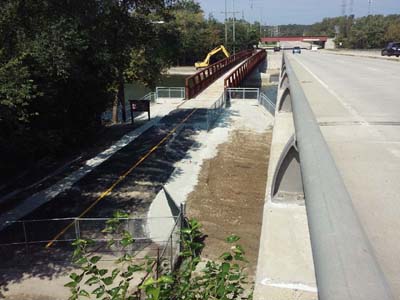 The fence is not locked and would be easy to move if one really needed to get through. But there were people working on the far (north) side digging something in the river bed. 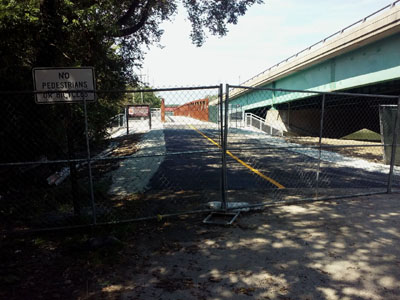 Hopefully reopened in time for what are usually some beautiful fall ride opportunities.