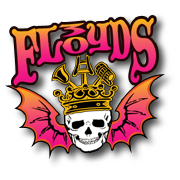 There's been a ride to the Three Floyds brew pub in Munster, IN, every January since 2006. The beer is great ("there are few places more exciting from a beer lover's perspective", says the NY Times), and the food, too. So why wait until January?

We'll leave the clock tower at 9, pick up South Siders at the 31st Street beach house at 9:45, take a short break at Wolf Lake, have lunch at Three Floyds, and return. Those who are interested may want to stay for a free brewery tour at 12:30, 1:30, 2:30, 3:30, or 4:30. Going, we'll take the Daniel Burnham Centennial Century route, coming back, the traditional winter route. There's also an easier way back: ride just 10 miles to Flossmoor Station and hop the Metra.

This will be a joint ride with the Chicago Cycling Club. 70 miles if you ride both ways, 16-20 mph. We won't make many stops. We may not stay together. Those who get there before they open at noon probably won't have to wait as long to get in. Bring money, a lock, snacks to have en route, and panniers for beer you can't get in Chicago.

Anyone interested is more than welcome to meet us at the brew pub even if they don't care to participate in the bike ride. The inaugural Three Floyds ride, on January 14, 2006, was conceived and organized by Mark Sinclair. He died April 14 of that year after suffering a brain aneurism.

RSVP for Almostoctoberfest to add comments!

no worries, see you next week

Comment by millenial removing Bernie tattoo on September 29, 2012 at 7:46am

Gotta work today, as I feared.

serge are you running the marathon?

i know, sometimes in life you have to make choices