The Ride of Silence is an organized event that aims to honor those cyclists who have been injured or killed, raise awareness, and ask drivers to share the road. The event is held worldwide and consists of a planned route that riders traverse slowly in silence. This past May 17th, 2017, the Ride of Silence was held in Chicago and riders visited the Ghost Bike memorials for Jaqueline Michon, Patrick Thomas Stack, Jezniah Smith, Clinton Miceli, Neill Townsend, Robert "Bobby" Cann, Lisa Kuivinen, Alicia Frantz, Tyler Fabeck, and Liza Whitacre. 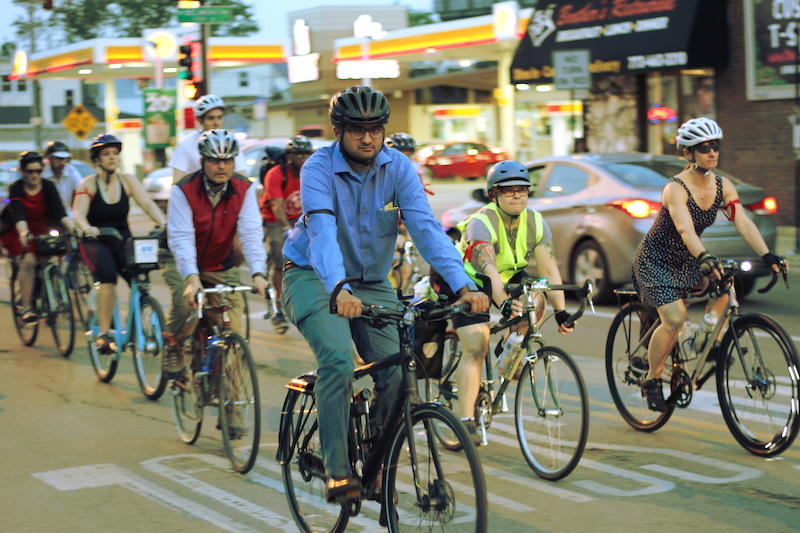 Participating in this event was certainly emotional. Personally, I've been hit by a car before and I´m constantly aware of how vulnerable we cyclists are on the road. As we rode through the Ghost Bike memorials along our route, I couldn't help but be reminded that it could have been me. It could have been any of us. 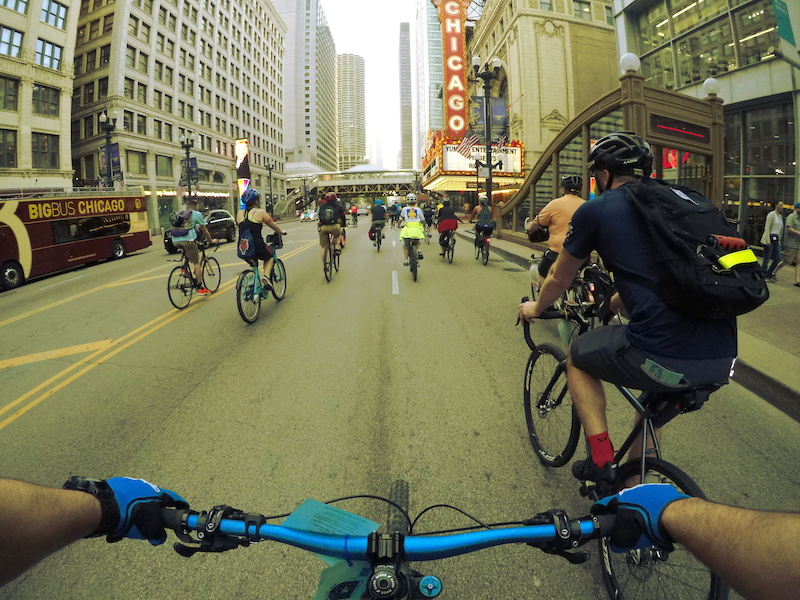 Above all, though, there was an overwhelming feeling of camaraderie. Riders from all walks of life, on all types of rides, had shown up to remember fellow riders and support the cause. Even though we rode in silence, without speaking a word, the positive vibes where strong and contagious. As we rode through busy Chicago intersections, pedestrians and cars alike, cheered, clapped, or offered words of encouragement. 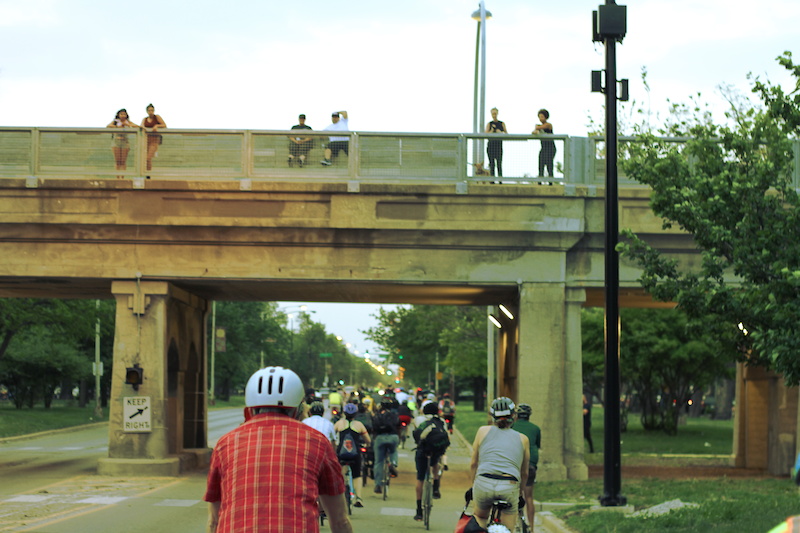 Although for locals many of these events and gatherings may have become part of the norm, as an expatriate from Mexico, I was blown away by the event organization, the city's support, and the overall turnout of the event. 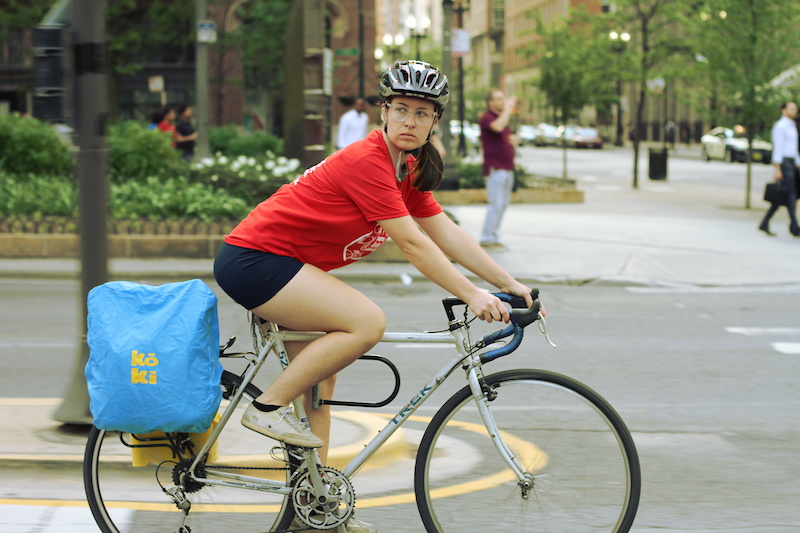 The City of Chicago´s Bicycling Ambassadors where there every step of the way, guiding the group, providing safety tips, and ensuring no one was left behind. 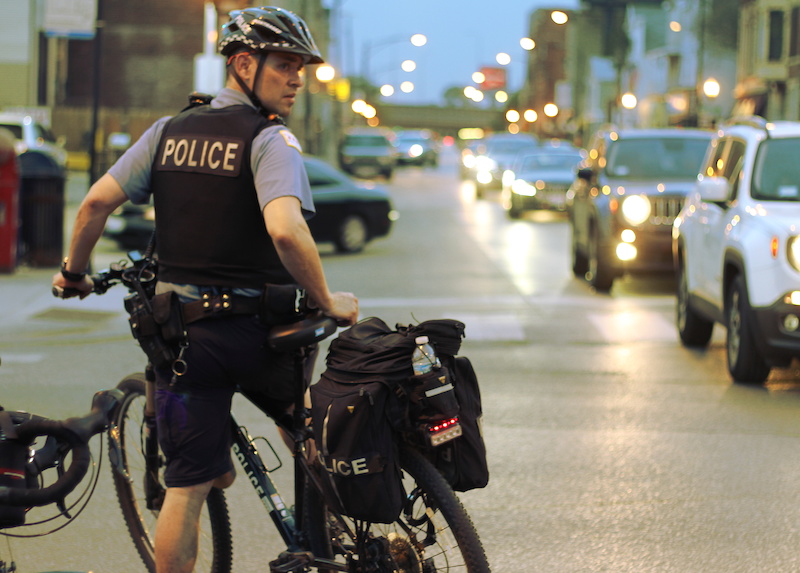 Members of the Chicago Police where also present to ensure everyone´s safety and coordinate traffic to minimize the disturbance for commuters. 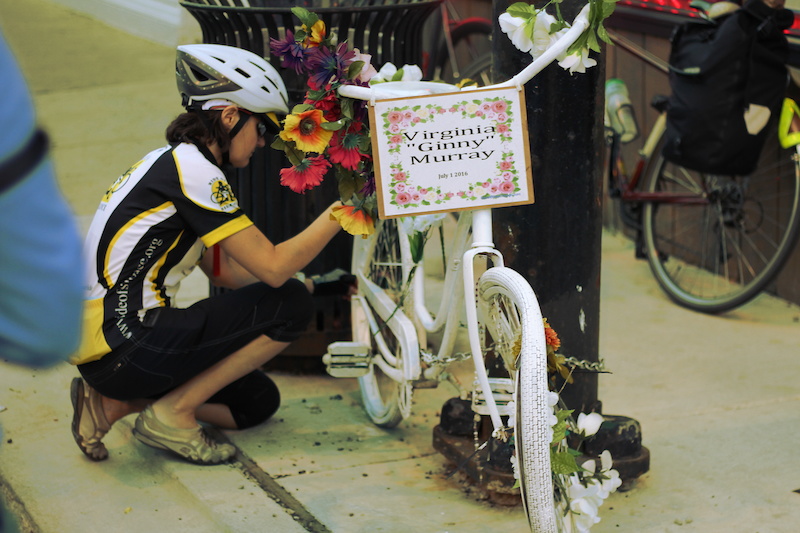 Event organizers also went the extra mile to ensure proper homage was paid to the Ghost Bikes along our path. Ghost Bikes Chicago spent last weekend maintaining the bikes in preparation for the ride. 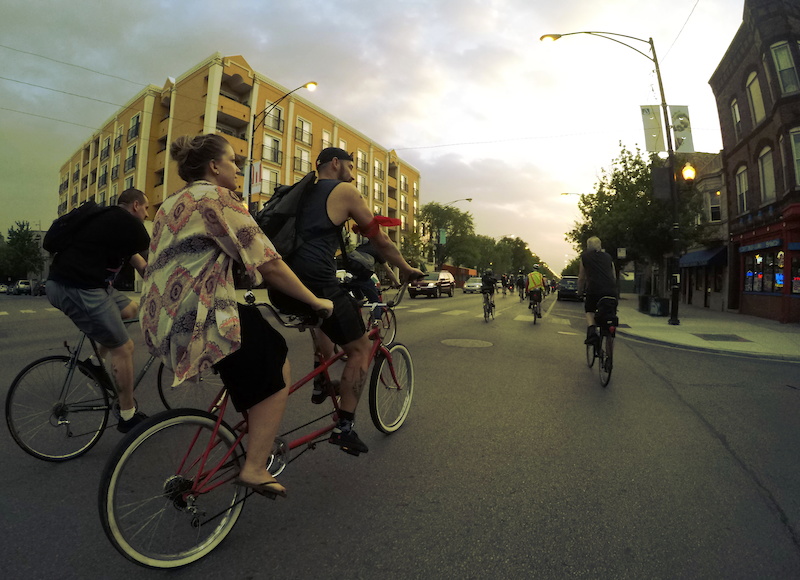 Last but not least, I very much appreciated the diverse turn out of bikes. Never a dull moment with Chicago commuters.

The ride concluded with a post-ride reception at Burrito House, adjacent to the site of Jay Kroner´s Ghost Bike. The guacamole provided by event organizers was amazing and riders finally broke the silence to share a few laughs. Even with the guy riding the free ride bike. 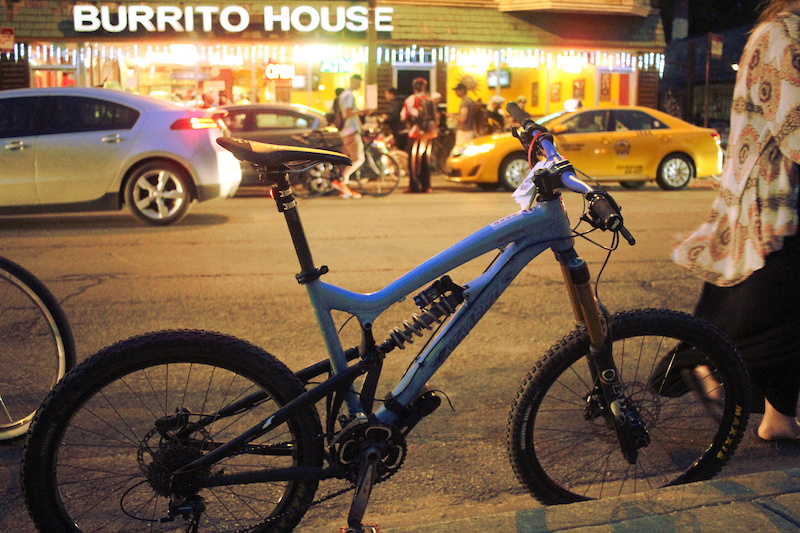 Thanks to everyone in attendance for this unique experience.

Marcelo Marcos started riding and racing mountain bikes in 2002. Since then, he’s taken on marathon races, bike camping, downhill racing, park riding and commuting. His day job as a finance consultant has led him away from his hometown in Mexico and onto Texas, Florida, North Carolina, L.A. and now Chicago. He currently enjoys mountain biking and photography in his off-time.

Nice to meet you as well David. It was good to ride with all of you. Cheers!

Thanks for the writeup.  It was an honor to participate.  Special thanks to the event organizers who make this happen.

Nice writeup, and nice to meet you en vivo.