Much like that famous groundhog Punxsutawney Phil, the Winter Bike Swap always seems to mark the slow transition from winter into spring. For six years now, it’s served to helped unite the various factions of the Chicago bike community and get people thinking less about snow and more about...well...bikes. 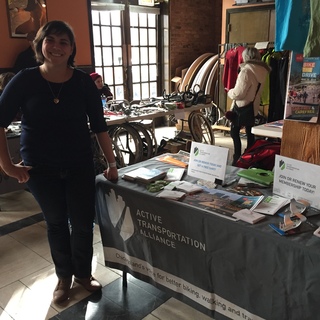 Unfortunately, the 2015 event, which took place on Valentines Day, was hampered a bit by decidedly un-spring-like single digit temperatures. But while the turnout was a bit lower than last year’s swap (which enjoyed a high turnout, partly thanks to near spring-like weather), more than 100 hearty souls pedaled out to Jak’s Tap at 901 W Jackson to see old friends, chat with the local organizations, and pick up some odds and ends for their bikes. 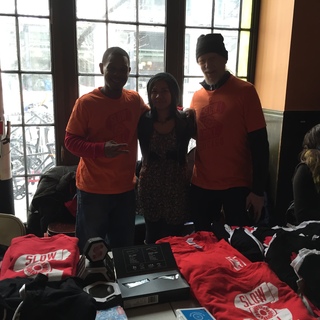 For the second straight year, the swap was organized by The Chicagoland Bicycle Coalition. The Coalition sprang up out of some conversations leading up to last year's swap about forming a new bike advocacy. In addition to organizing the 2014 swap and a northwest side bike tour for the National Veterans Art Museum, in 2014 the Coalition raised money for Break the Gridlock and Bike Winter. This year, with Chainlink members Lee Diamond, Kevin Conway and Katie Kolon at the helm, they aim to increase their contributions to the bike community. Among their focuses will be increasing the number of bicycle racks. Email lee@bigshouldersrealty.com to learn more. 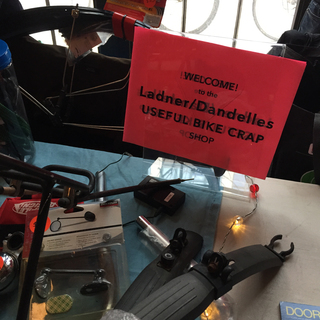 It was a great event, thank you for the write-up!

H, The article states, "This year, with Chainlink members Lee Diamond, Kevin Conway and Katie Kolon at the helm, they aim to increase their contributions to the bike community."

Sounds like they haven't yet chosen recipient(s) for the funds they raise in 2015. And to Sarah's point, if they broke even for the swap, they didn't have funds generated from this event to contribute.

Sarah, is that directed at me? There was no connection between this year's swap and "Bike Winter." Not sure what I'd talk to them about. Just thought someone might care enough to fix at least one of the mistakes in this article.

I know attendance was such that they were hoping to break even organizationally. Talk to Kevin or Lee.

in other news, I think a word is missing in this sentence, above:
"The organization sprang up out of some conversations leading up to last year's swap about forming a new bike advocacy."

As far as I know the only beneficiary this year was the "coalition."

Hey, there's my table! We had a great time and it was so nice to see everyone who did make it. Great job, organizers - thank you.

Glad you guys had the swap!  I look forward all year to the winter swap season and its great to still have one going in the city.  Keep it going!