The Adler is hosting a star party in Cantigny Park in Wheaton on 8/12, from 6-11pm. We'll have music, kids' events, telescopes, and hopefully good weather :)
Personally, I can't help but notice that Cantigny is mere miles from the Two Brothers brewery, a place I have been meaning to ride out to. Would anyone be interested in taking a ride out to Two Brothers followed by some meteor-watching in the park and a late-ish ride back home? It's mid-week, so if you can only make the stargazing event that's cool too-- I'll be there in my Adler gear talking w people about space. Details/ticket info on the flyers below! 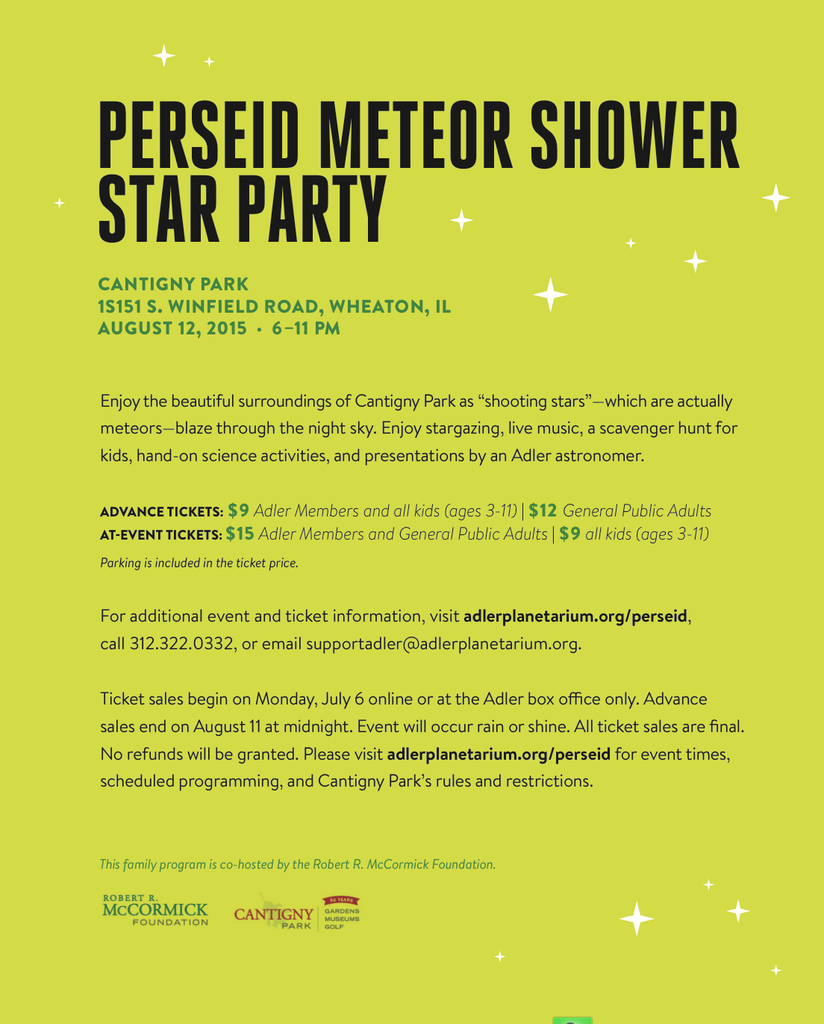