Seeing that reminder about Turin Cycles on this blog site reminded me of a steel road frame I bought from those folks back in the late 70's.  I lived in Fort Wayne at the time and was in town on business so I stopped by their shop and liked the way the work done on the frame looked (I sold it in the mid-80's when I was a bit strapped for cash and always kinda regretted that).

Anyway, the real reason for this post is that I've always wondered who Turin was employing to braze their frames together way back then.  If anyone on here is old enough to know/remember that I'd sure appreciate some insight.

Sorry, I don't remember specific bike frame details. General Turin Cycle history goes back to Clark St. near Armitage in the 70s, with a healthy Winter business of cross country ski sales and rentals. (They were right across from Lincoln Park at the time.) That's your cycling nostalgia fix for today.

I believe they imported the frames - why am I thinking from France - and put their own name on them, the head badge was a picture of the Picasso statue in Daley Plaza, wasn't it?

Yes George, twenty-seven+ years is a long time, especially as it's closer to forty+. Sorry, I'm pretty up there, too. I also found another owner's post that said the head tube 'badge' was of the Daley Center Picasso.

We're thinking that they may have been re-badged Gitanes?

You could ask at http://www.turinbicycle.com, some of the original owners are still involved ...

Found this:  Can anyone direct me to information about a bike I have? It says "Turin Chicago" on the head badge and has a "Made in France" sticker on it. The rest of the stickers are gone. I have included a link to some pics of the bike that I hope would give you a little more info.

Thanks ahead of time for any information you might be able to provide!   http://www.bikeforums.net/classic-vintage/543762-help-turin-chicago...

Hi,  there are several different frames mentioned in this thread. All would have the old Chicago Picasso Turin sticker

1) Frames made at our 1932 Clark Street shop - were made by the late Dwight Safter. These are the only Turin branded frames that would have a Columbus sticker.

2) Frames that are Turin branded and say "Made in France" were made to our spec at Cycles France Loire in St. Ettiene. We have never sold rebranded bikes.

3) Frames that are Turin Branded and say " Made in Belgium" were made to our spec at Remy Claes in Ghent.

4) Frames that say Turin and Turin Group Ltd. were made by Albert Eisentraut in Oakland, Ca.

I've been part of Turin for 53 years.  I don't remember any other Turin branded bikes. As they would have had to pass through my hands at some point that means I'm probably right or old age has really set in. Hope that everyone who has a Turin bike or memories of one has nothing but good memories. Come visit us in Chicago at 4710 N. Damen or in Denver at 700 Lincoln.  Lee

The best bike I ever owned(and I have owed lots of them) was made by Ike with Columbus SP, full Campy SR components. It was so responsive, nothing ever came close.

It was stolen in front of the Flax art store on Wabash, the serial number was the bicentennial 07041976 if it ever turns up, I want it back!

Thanks to everyone at Turin, brought me a lot of joy over the years.

Hi Lee, Here are some pics of the Turin bicycle I recently bought.I put some wheels from one of my other bikes on it and rode it a few blocks.Nice ride! On the last pic that’s shows the front Mafac Compitition brake, there is a metal plate connected to the pivot bolts that is drilled out.What is the purpose of that piece attached to the brake? Any help would be much appreciated! Hopefully, you have received my letter I also wrote regarding this specific Turin. Thanks again, Kim Cloyd 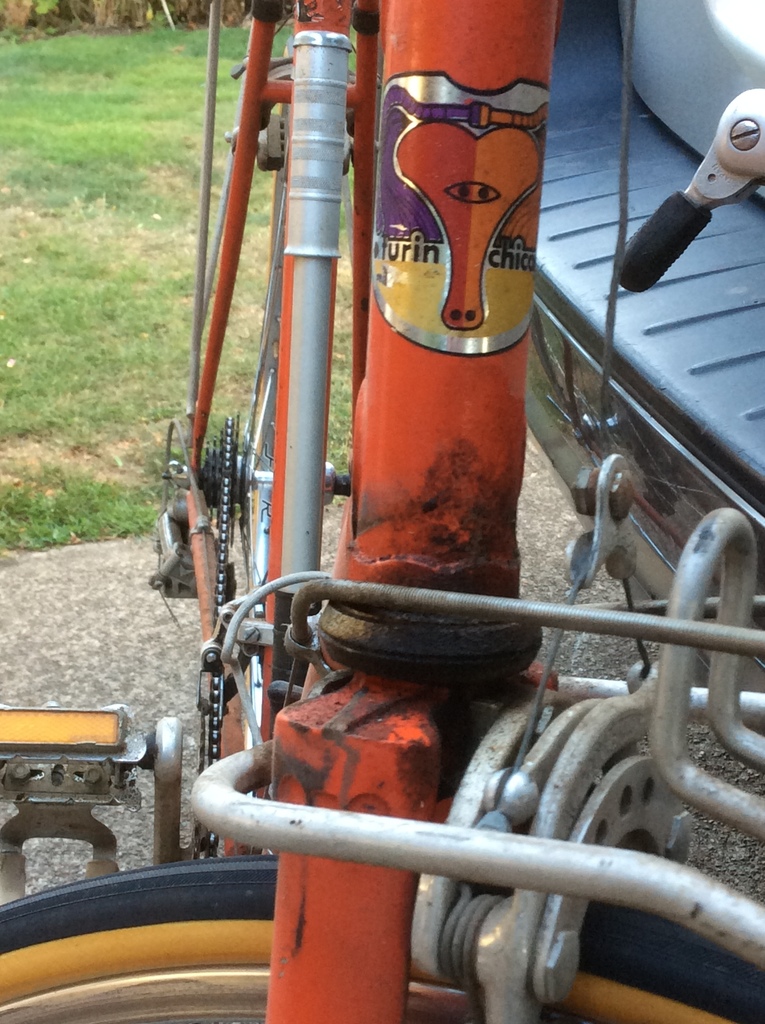 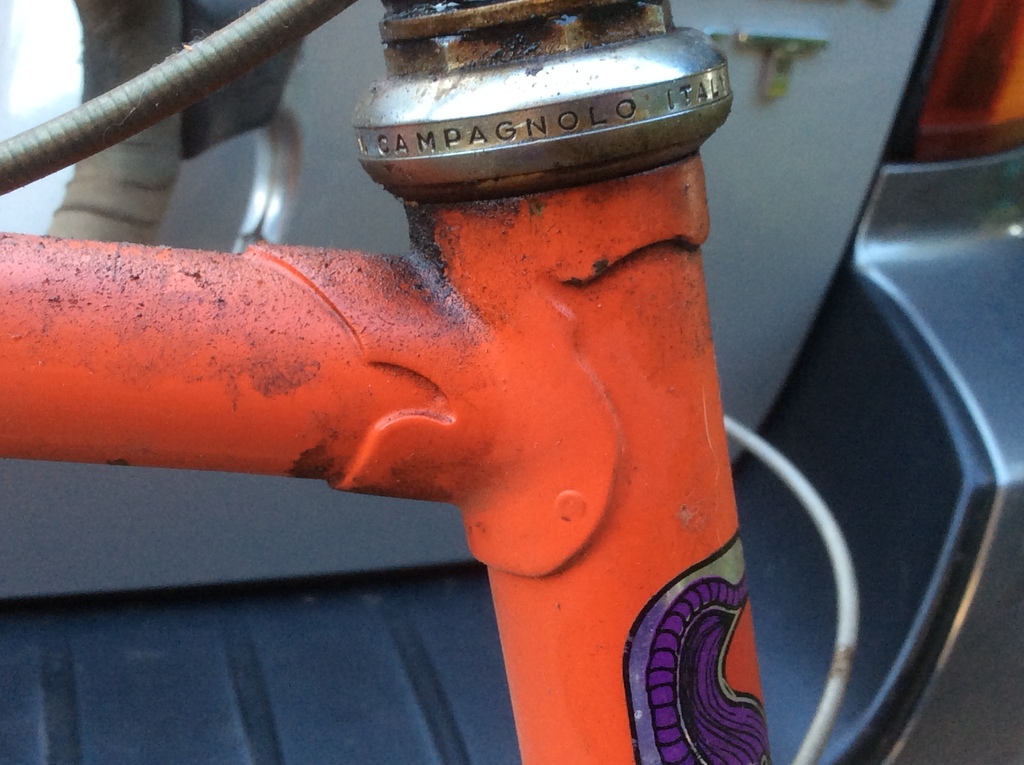 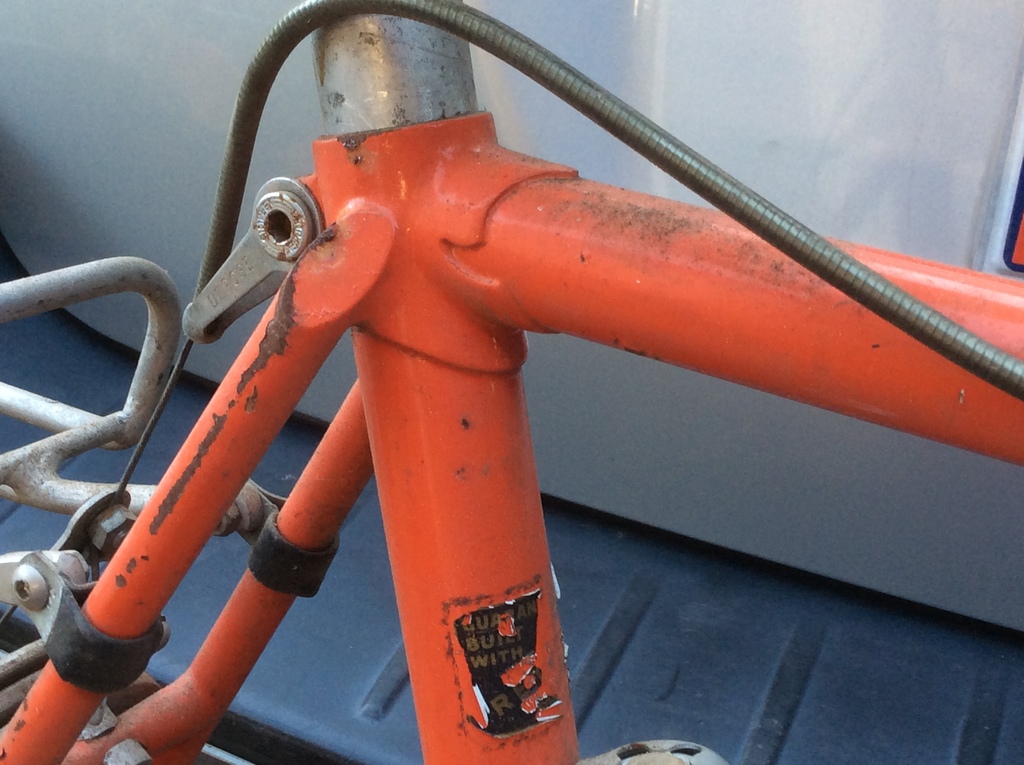 An old gas pipe Turin passed through my hands last year. It donated most of its parts to a Peugeot PX-10 I am building. I passed the frame along to a local friend who worked at Turin BITD. I'll check with Billy and see what he knows of the history. Also, the new Turin is owned by Lee Katz, one of the original owners from the old days. I don't know how much he's in the shop, but he will certainly know as much about the history as anyone.

Last time I was through that way, there was a light blue one locked up on Clark in Andersonville, maybe a bit north of Foster. It's been there for months, poor thing...

There I go again, replying before reading the entire thread... I see that Lee has already responded. :)