The Bike Index made its Kickstarter goal!

I just wanted to let everybody know that as of this weekend, the Bike Index made its Kickstarter goal of raising $50,000 in 29 days! We are so humbled and incredibly thankful for the support of our backers, our friends, our family, and everyone else who helped us get the word out during our campaign. The Chainlink was a big part of all of that, so we want to thank you guys specifically too.

From people in other countries requesting our registry outside the U.S, to conversations with governments and other biking applications about integrating with the Bike Index, the entire campaign and the attention we've received as a result of it has been really overwhelming and gratifying. We can't wait to use the money we raised to turn the Index into a powerful tool to stop bike theft.

Some background for people who haven't heard of us -- we're a new Chicago-based national registry to fight bike theft. The Index was founded by former bike mechanic and programmer Seth Herr, who knew that bike registration dramatically increases the chance of a stolen bike being returned to its owner. He also knew from his work in bike shops that bike registration becomes an afterthought for most people because there isn't a quick and easy way to do it. We're working with bike shops to enable them to register bikes through the Index on site, for free, before their customers even leave the shop. We're also working with existing registries like Chicago Stolen Bike Registry and StolenBikeRegistry.com to create a universal search for stolen bikes.

For more details about what we're doing, send us a tweet at @BikeIndex or an e-mail at contact@bikeindex.org. If you're part of a shop or an organization that would like to get involved with the Index, let us know! We'd love to talk to you.

In the meantime, we'd love it if some Chainlinkers would participate in a contest we've got going on right now until Sunday night on October 20. Share a photo of yourself showing your bike some love on Facebook or Twitter with the tag #DoRightByYourBike to win a Bike Index jersey and shorts or pedal straps! Find more details here. 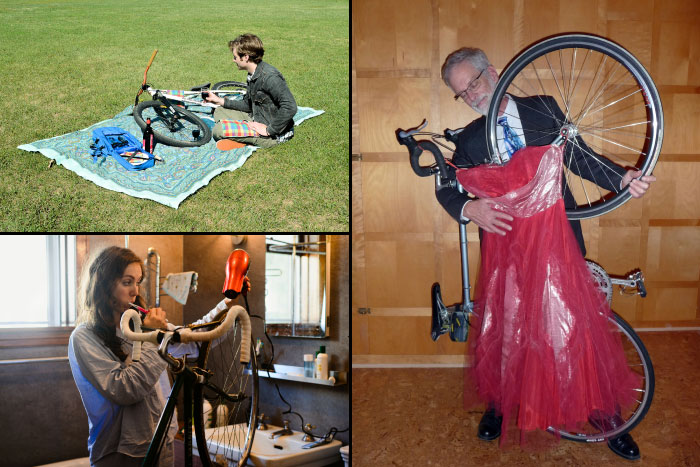 I love the pic of the man dancing with the bike in formalwear.

I was trying to find an image depicting "the cavalry coming over the hill" but this is the best I could do: Haha thanks Julie! I really do too. It's actually Seth's dad in the photo! I'm currently brainstorming on how I get my own parents to top it...

I love the pic of the man dancing with the bike in formalwear.

Howard, I honestly can't think of a better image. I'd have to ask Seth, but I think it does a great job of summing up our exact feelings about the last 24 hours of the Kickstarter.

I was trying to find an image depicting "the cavalry coming over the hill" but this is the best I could do:

That's for sure. We pretty much ate and breathed the Kickstarter that whole time. Thanks for the congratulations!