The article names a David Brown, it's chainlinker Dan Brown. No final call on status but hoping for the best.

Sure thing - the invite was forwarded to a few teams that Dan worked closely with at CME.

Ben and AM-- will you spread the word about Spyner's on the 21st?

Thanks, Ben. Can you connect with me per e-mail at ho.ardbikes at gmail?

I have some ideas for the 21st I could use some help with.

Also-- Alma and Steve at Davenport's said they'd announce their own tribute night for Dan in September.

Sure thing - the invite was forwarded to a few teams that Dan worked closely with at CME.

Ben and AM-- will you spread the word about Spyner's on the 21st?

I'm working on an article about Dan. My impression is that he was a regular and enthusiastic participant in the Midnight Marauders rides. Is that accurate?

Here's the article about Dan in Newcity magazine:

It will be out in print next Thursday.

Thanks to the Chainlink's Julie Hochstadter for help with this, Steven E. Gross for letting us use the photo, and Chainlinkers for the heartfelt quotes. Great seeing everyone at Spyner's last night. 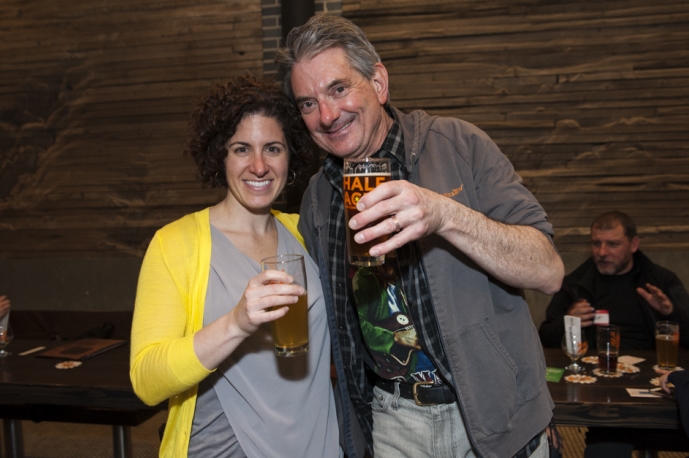 You're a Good Man Dan Brown

In the second week of August, two funny men who loved bicycles passed away. One was comedian Robin Williams, who once said cycling saved his life by helping him quit drugs in the wake of his friend John Belushi’s overdose. The other was Dan Brown, a mainstay of the Chicago bike advocacy community, who died after falling off a sailboat near Diversey Harbor.

“I am taking the position that a higher power looking at our world decided that she needed music, smiling faces, and laughter so she took Dan and Robin Williams this week,” said Lisa Curcio, a friend of Brown’s from the bike scene. “It is such a loss to we mere mortals.”

Brown, fifty-six, was a loyal, longtime volunteer with the Active Transportation Alliance. He helped run key fundraisers like Bike the Drive, which bans cars from Lake Shore Drive so that more than 20,000 people can pedal on it, and the Four-Star Bike Tour of inland neighborhoods. Working as a ride marshal, he rescued folks with flat tires, road rash and/or exhaustion, offering mechanicals assistance, first aid, and words of encouragement. Just two weeks before the fatal accident, he marked the route and served as a marshal for Active Trans’ Bike to Brew ride to a party at Revolution Brewing.

Brown also was a familiar face at events promoted on the Chainlink, a social networking site for local cyclists that has more than 10,000 members. He showed up for everything from Critical Mass, to a ride I used to lead around the perimeter of Chicago, to the massive RAGBRAI bike tour across Iowa. At all of these events he was known for his infectious grin and raucous sense of humor.

A product of small-town Upland, Indiana who became a systems analyst at the Chicago Mercantile Exchange, Brown loved sailing as much as biking. On Saturday, August 9, he and five other people were on a boat that had become disabled, authorities said. At about 6:45pm, when the craft was between North Avenue and Diversey Harbor, Brown fell off the bow when a safety line he was leaning against gave way.

The others on the boat said they saw Brown resurface once, but that he disappeared while they were trying to throw him a life ring. At the time, the lake was rough, with four-to-seven-foot swells, according to a Coast Guard official. Brown was a triathlete and a strong swimmer, so a missing person’s alert said it was possible he made his way to the shore.

The Coast Guard conducted more than twenty searches over ninety-eight square miles of water using boats and a helicopter, but they suspended the search after a nearly twenty-hour effort. That Wednesday morning, Brown’s body was found about a mile offshore from Diversey Harbor.

While the search was underway, and after the body was found but not yet identified, Brown’s bike buddies and  other well wishers posted on a Chainlink thread to keep each other updated and express hopes that he would somehow be found safe. “I really hope their thoughts about him being able to swim back are correct, and that he’s oddly back and roaming around Chicago,” wrote his friend Aaron Bussey.

After the grim news came out, many Chainlinkers posted tributes and remembrances. Leah Neaderthal, who launched the website in 2008, credited Brown with helping her get it off the ground. “I’m stunned and completely saddened,” she wrote. “Dan was an early and enthusiastic supporter of the Chainlink, and he was an inspiration to me in those early months as he encouraged me to keep going. As time went on I got to know him as a friend, and I learned what a kind and warm-hearted person he was.”

In a memorial on the Active Trans website, staffer Ted Villaire detailed Brown’s many contributions to the advocacy group. “Dan always performed these tasks with a big smile on his face,” he wrote. “He was the type of person who would jump in to help wherever he was needed. Dan loved helping people, and he loved seeing more people riding bikes.”

On the Chainlink, Villaire’s coworker Ethan Spotts recalled that, while he and Brown were setting up the sound at RevBrew, a group of young Christian women approached them and asked if they knew Jesus. “Dan talked to them about God and his approach to worship,” Spotts wrote. “So passionate, personal and inspiring. What an amazing dude! Good thoughts to you and your family, Dan. My next ride’s for you.”

Chainlinkers shared remembrances about some of Brown’s other hobbies, like playing guitar in Old Town School jam sessions and, especially, his passion for karaoke. Howard Kaplan noted that he was a regular at karaoke nights at venues like Davenport’s lounge in Wicker Park and Spyner’s bar in Lincoln Square. “He was well known at pretty much every karaoke joint in Chicago,” Kaplan wrote.”

On August 21, dozens of people pedaled to Spyner’s to celebrate Brown’s life with song. They belted out some of his favorite material, including “Under the Boardwalk” by the Drifters,” “The One I Love” by R.E.M., “Thunder Road” by Springsteen, and Brown’s signature tune, “Having a Party” by Sam Cooke.

Bussey’s six-word eulogy for Brown on the Chainlink nicely summed up the situation. “Death sucks. Cherish life. Dan did!”

John - Thanks for writing this.

Cleaning out my files and found this  pic of you two from the Chicago Criterium in 2009. 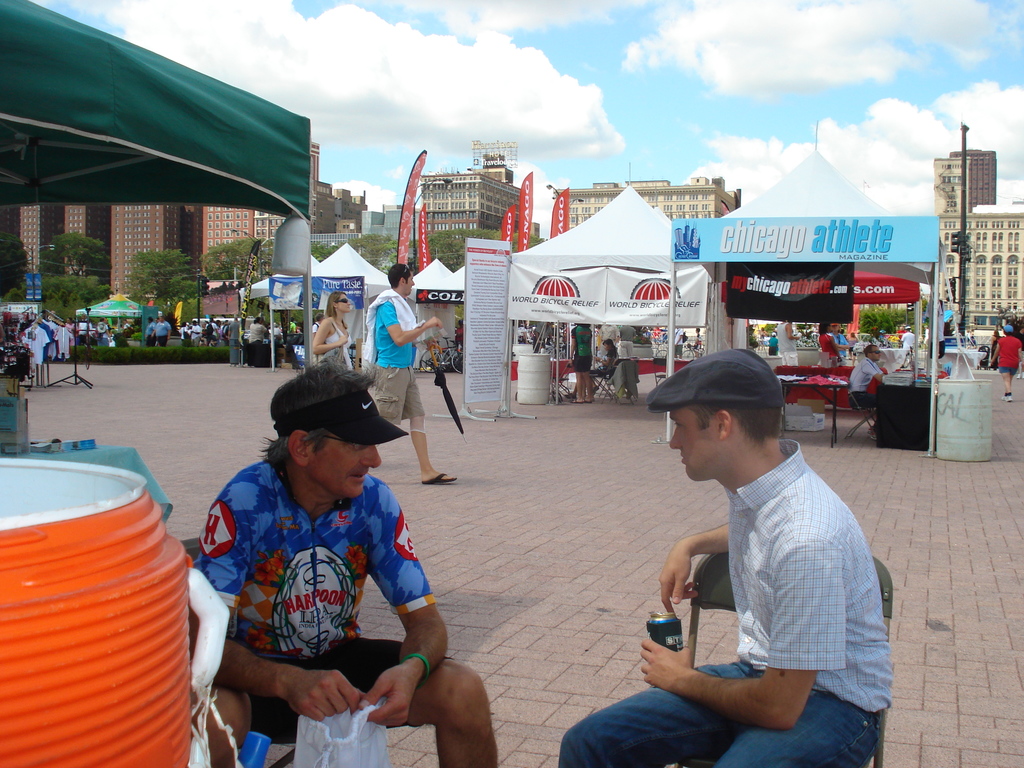 Dan IS the man. This is such a shitty story.

Permalink Reply by Active Transportation Alliance on September 3, 2014 at 1:39pm

I just found this in the Bike to Brew photos...look at that smile! We love and miss you, Dan. I do miss that man! Dan, we're with you brother.

I came across of a photo of Dan Brown today and it brought a smile to my face. Hard to believe but it's been over a year since Chicago lost the irreplaceable Dan Brown.

Thought this thread, filled with photos and positive memories of Dan, deserved a bump.

Thanks for giving this thread a bump. Here's to good memories of Dan.