Cyclist Killed in Crash Was Marine, Dreamed of Being a Chef 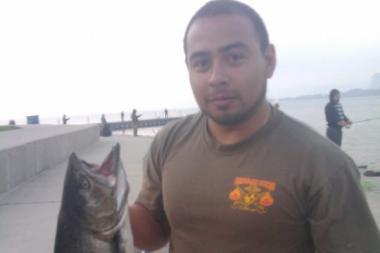 Cyclist Hector Avalos, 28, died after being hit by a van Friday night in the Near West Side area.


CHICAGO — A cyclist who died after being hit by a van Friday night was a former Marine and aspiring chef, his family said.

Alcohol may have been a factor in the crash, in which a driver traveling west in a van in the 2500 block of West Ogden Street hit the 28-year-old man on his bike at 11:50 p.m., said Officer Janel Sedevic, a police spokeswoman.

The cyclist was identified as Hector Avalos, 28, of the 1800 block of West Cermak Road, the Cook County Medical Examiner's Office said.

He was taken to Mount Sinai Hospital, where he was pronounced dead at 12:38 a.m. Saturday, according to the medical examiner.

The driver was arrested and charges were pending Saturday, Sedevic said.

Avalos' mother, Ingrid Cossio, said her son was riding home from work when he was struck. She said he rode his bike everywhere.

She said her son was a former Marine who had been studying to become a chef. She said he recently started a job as a cook at River North restaurant El Hefe.

Cossio said she visited her son last week, and spent a day with him, looking at his house and discussing his new job. She remembered asking for a hug before she left, and her son telling her, "I love you, Mom."

She said she was devastated when police called around 11 a.m. to tell her of her son's death.

"I still can't believe my son is dead," she said.

Hector Avalos started working as a cook at El Hefe in May, said the restaurant's head chef, Jesus Vargas. He said Avalos was a hard worker and always willing to help.

Vargas said Avalos was an avid cyclist who "loved riding his bike."

"He'd always ride the bike no matter what," Vargas said.

"Last night, he was saying he really didn't want to ride his bike. He wanted to take the train," Vargas said. "He kind of thought about it for a minute, and then he decided to take his bike."

I recently biked to the corner, and it looks like this bike has been taken down - or at the very least, I did not see a memorial up.