Almost five years ago I got this Colnago. It's beautiful. I barely fit it and I'm nervous to ride it because I am a little tough on my bikes. It's in amazing shape, I'm the second owner. Here's your chance to own a nice piece of Chicago bicycle history

First off, it's the rare color. A Green Colnago from this time rarely comes up for sale. It's in amazing condition. It was purchased from Turin in 1972, by someone that I did some work for. You may wonder, "why would anyone want to get rid of this?" The original owner was in his 80s and wanted to make sure the bicycle went to someone that appreciated it. I also have some of the Campagnolo tools that were purchased with it, those are included. I haven't seen these tools for sale and I'm assuming they're just as rare. I took measurements of the entire frame and noted those measurements in the second photo.

With any 50 year old bicycle, there are a few very small paint chips. I've take pictures of them and circled them below.  but otherwise it's a flawless bike. I think the frame is a 56 or 57. I did just reach out to Turin this morning via Instagram to see if they're interested. So, here's a nice piece of Chicago bicycle history, up for grabs. I'm relocating(again) and I'm slimming down the stuff(again) that goes with me. I've also got a Raleigh Twenty (late 60s/early 70s) that I'm getting rid of. More pictures available...I'll get around to posting them soon. Shoot me a message with any offers. 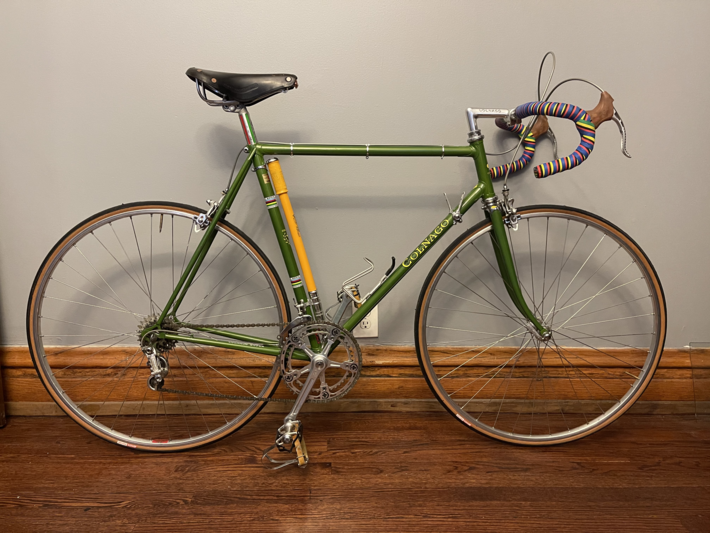 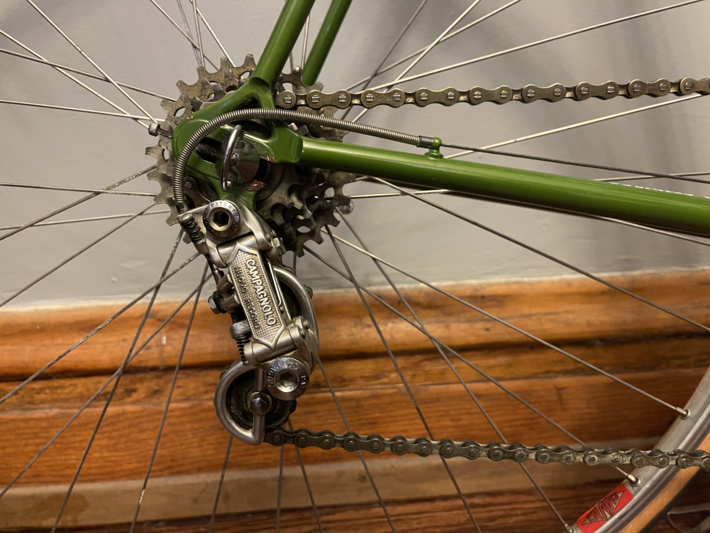 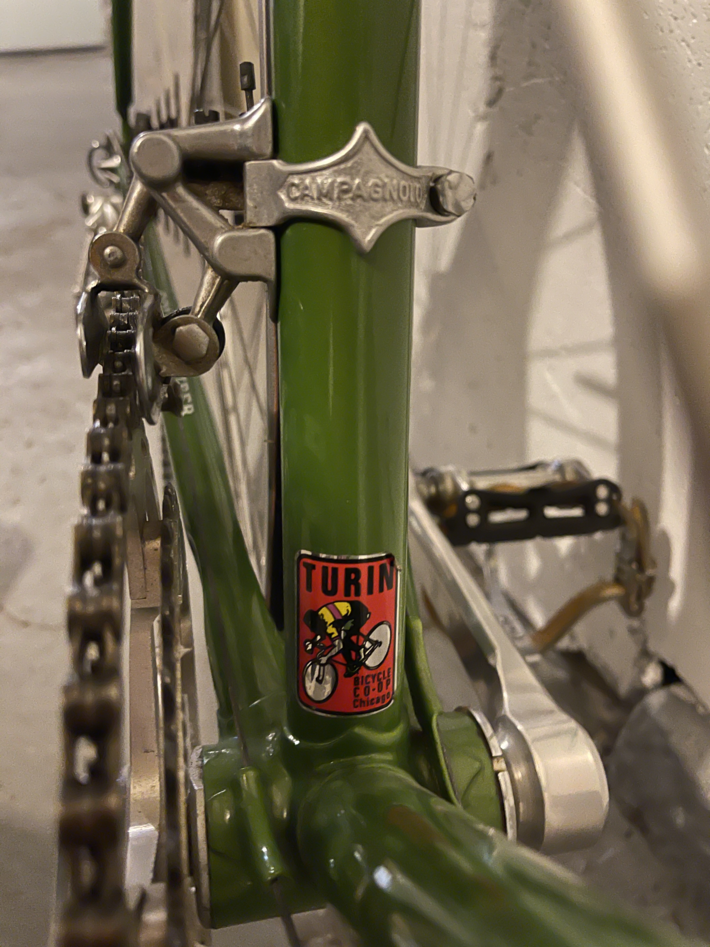 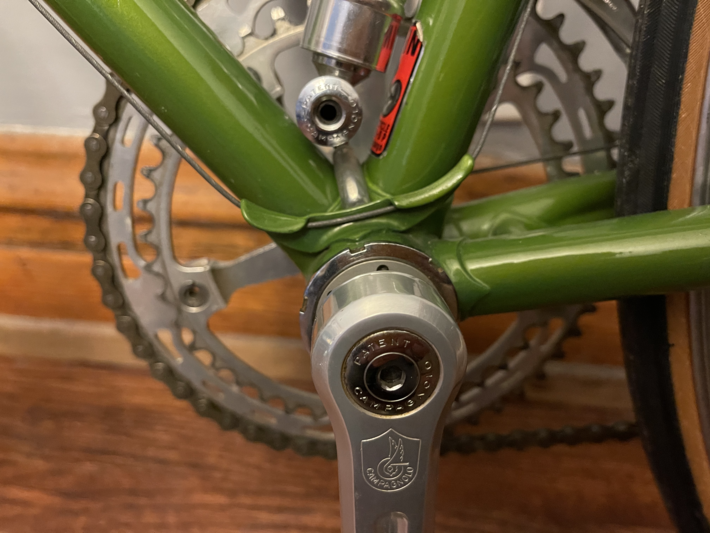 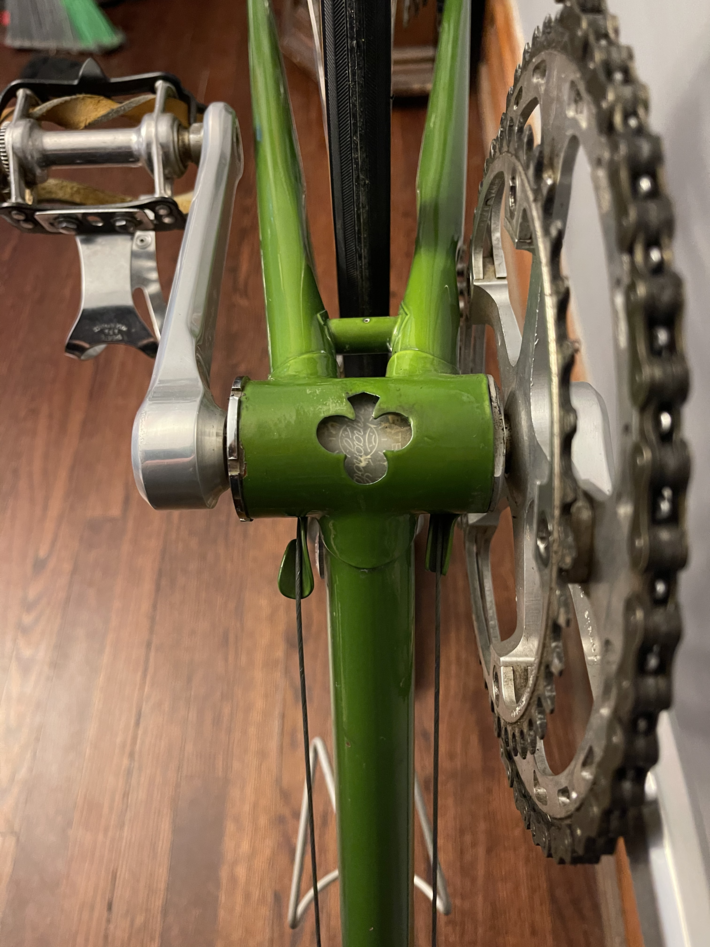 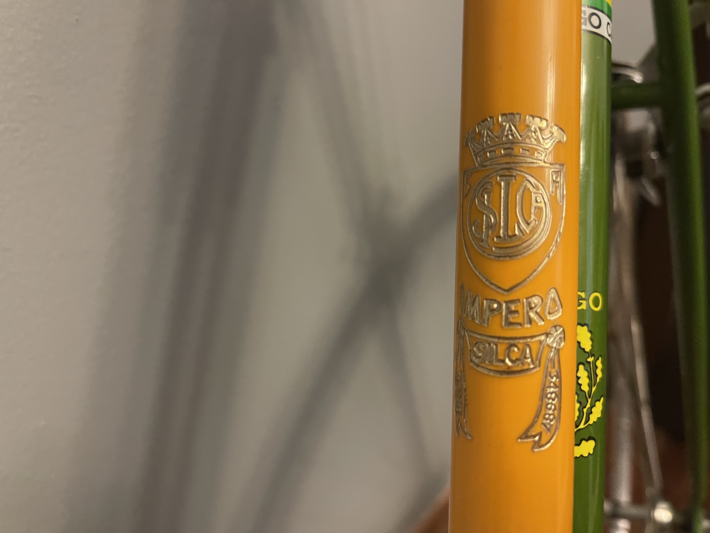 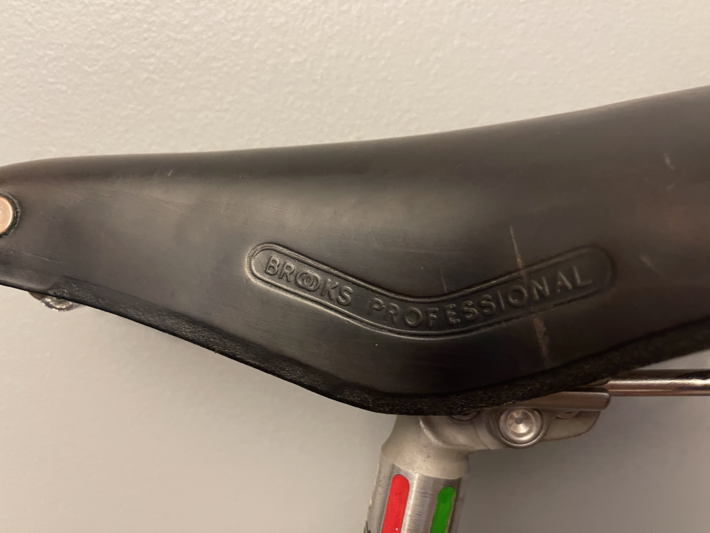 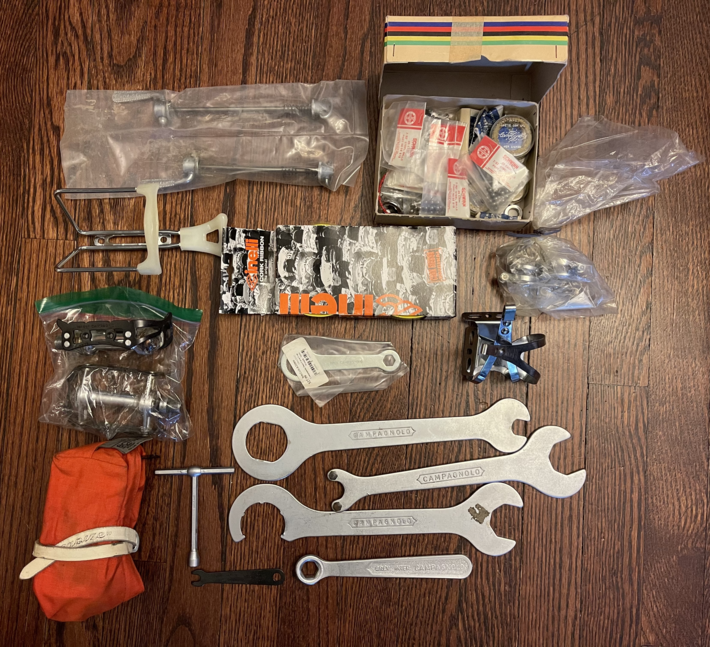 Here's the tools & stuff that I got with it...There's also a second Brooks Saddle. So...Campagnolo QR Skewers, a box that has some spare bearings, springs and other stuff, I bought the yellow cork tape to put on, but never did, spare Campagnolo pedals, 6 Campagnolo wrenches, some pedal clips, a "multi" tool from Campagnolo, and a saddle bag that still has a very old tube in it. 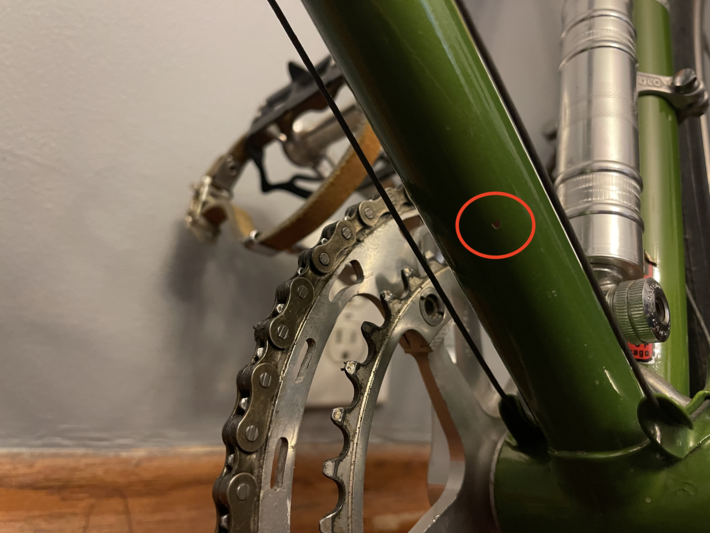 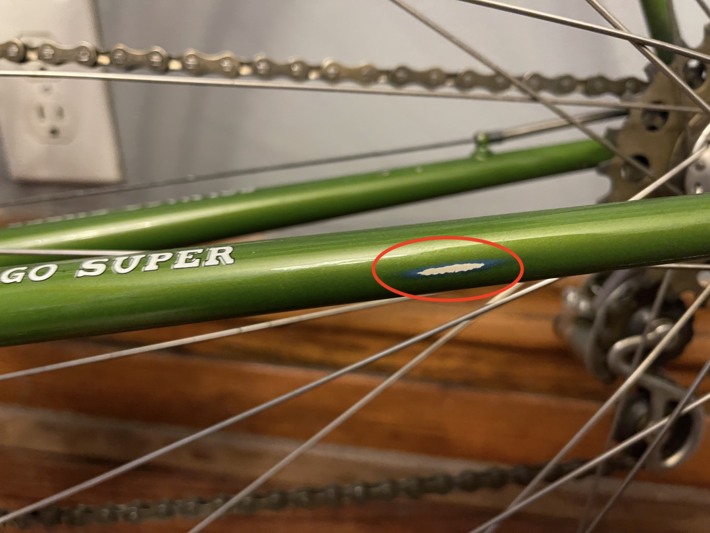 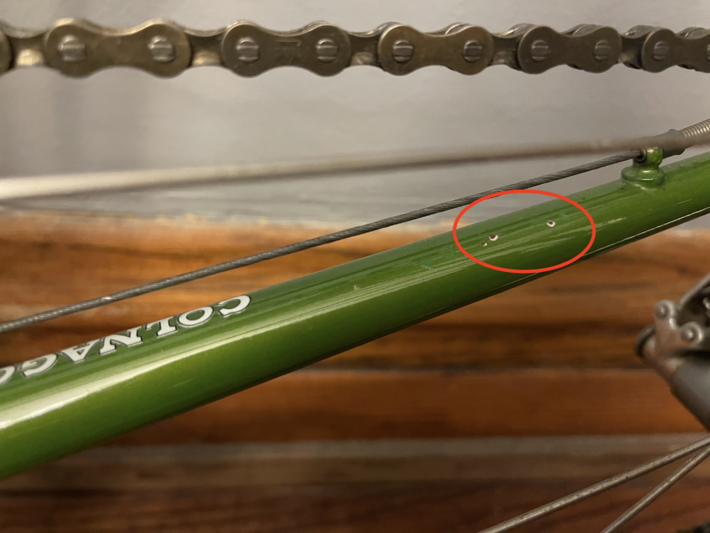 Your profile pic, Jaik S,  expresses my reactions to this bike to a T! So beautiful. I hope it finds a good home.

Thanks, I really want someone to appreciate it as well. I'm hoping that Turin wants to buy it, even just as a display piece.

Hi Jaik, I am interested. I used to have a Colnago about the same year in red. Can you check the size? Would you accept $1500?

I am sorta glad that beauty is off the market, I was contemplating visiting my orthopedic surgeon to price getting my frame to fit that frame.