Near the end of the Summer last year I was lucky enough to buy a Flying Pigeon from another Chainlink member. I have only rode the bike a handful of times as it turns out. I'm doing some Spring cleaning, and decided I should pass it back on. I'll end up using the money to put into another bike that I'm going to sell in a little while.

Here's how the Flying Pigeon was originally described from the guy I purchased it from:

"It's now 3 years old.  It has been ridden only occasionally.  Like all Flying Pigeons, it now has rust on the wheel rims (which actually makes the brakes work better!).

Everything works (except the bottle dynamo, which needs adjustment and only works intermittently).  The wire basket shown in the photo broke shortly after I got the bike, and I replaced it with an indestructible black milk crate.  I also added metal skirt guards.

This machine is a cool conversation piece (it has enclosed chain, rod-actuated stirrup brakes, cottered crank, a massive kickstand, lovely lacquer paint job, and a saddle purported to be leather of some type...).  It's a practical ride for errands around the neighborhood (just be careful with the stirrup brakes in wet weather...).  I've hauled 50 lbs of rice on the rack with no problem.

I also have some spare brake shoes and an extra set of metal skirt guards that I'll give you with the bike.  Other spare parts, if you should ever need them, are available from a shop in L.A.

The only change that I made was that I had removed the front basket and mount. I can put those back on if the buyer would like, just let me know beforehand, so that I can get that done prior to pickup. I can even throw on that indestructible milk crate. Included are the spare brake shoes.

I'm just asking what I paid...$75. It's ready to go anytime, I just made sure the tires had air...Sweet ride, sweet deal!

Here's some photos of the bike currently: 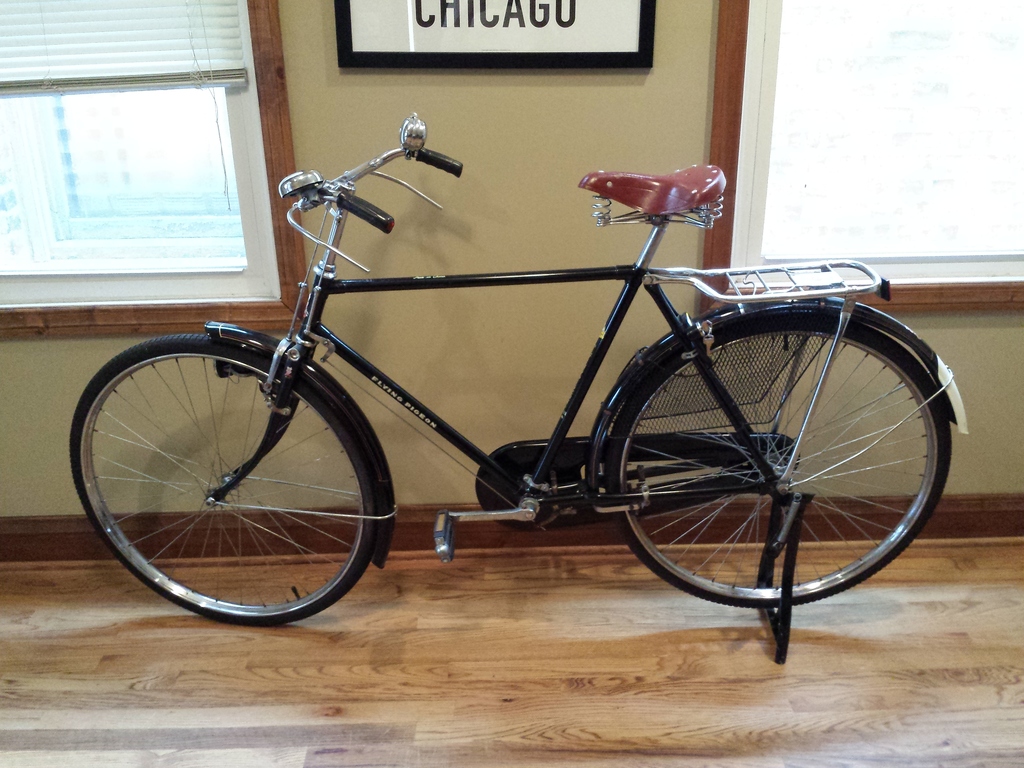 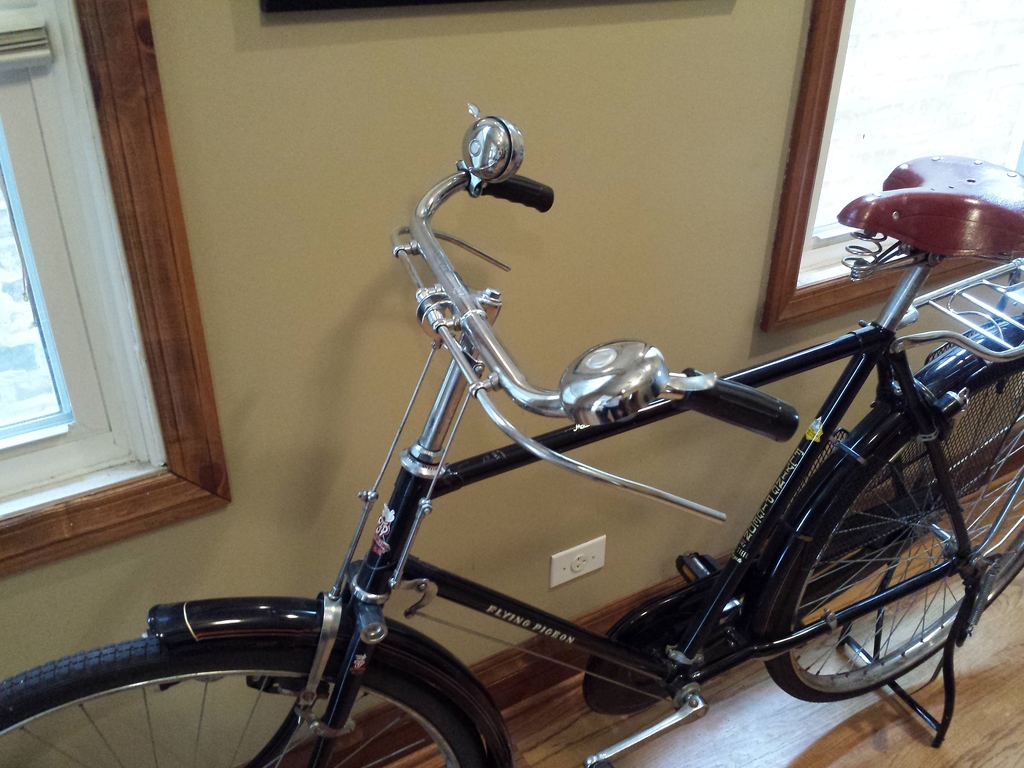 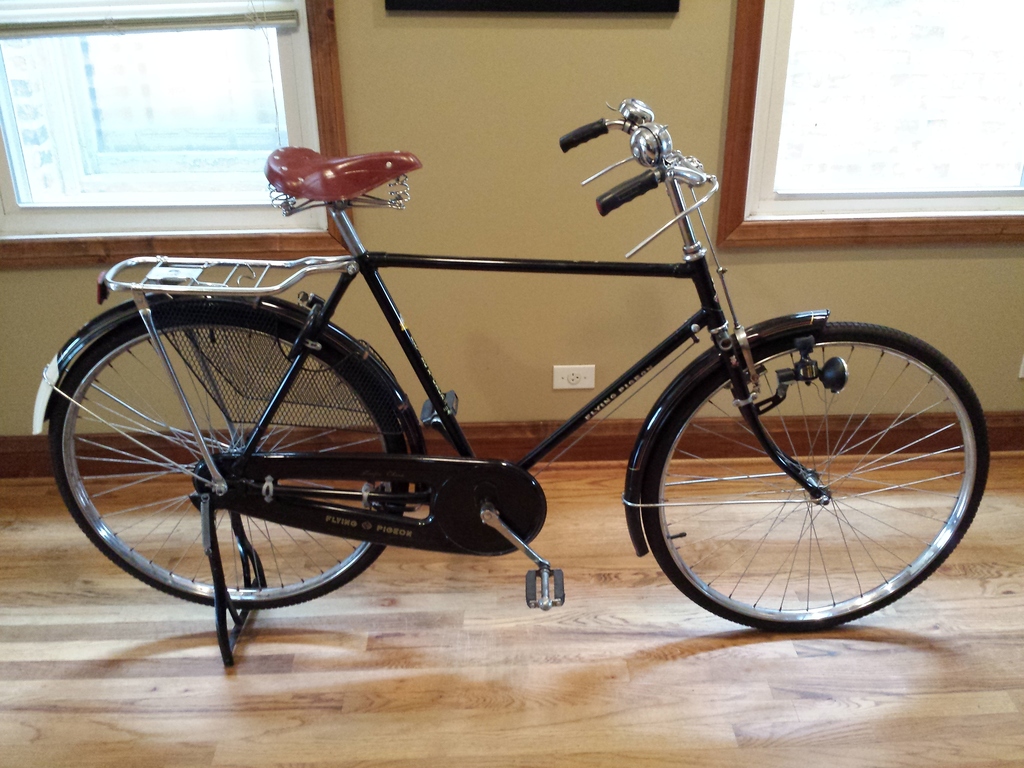 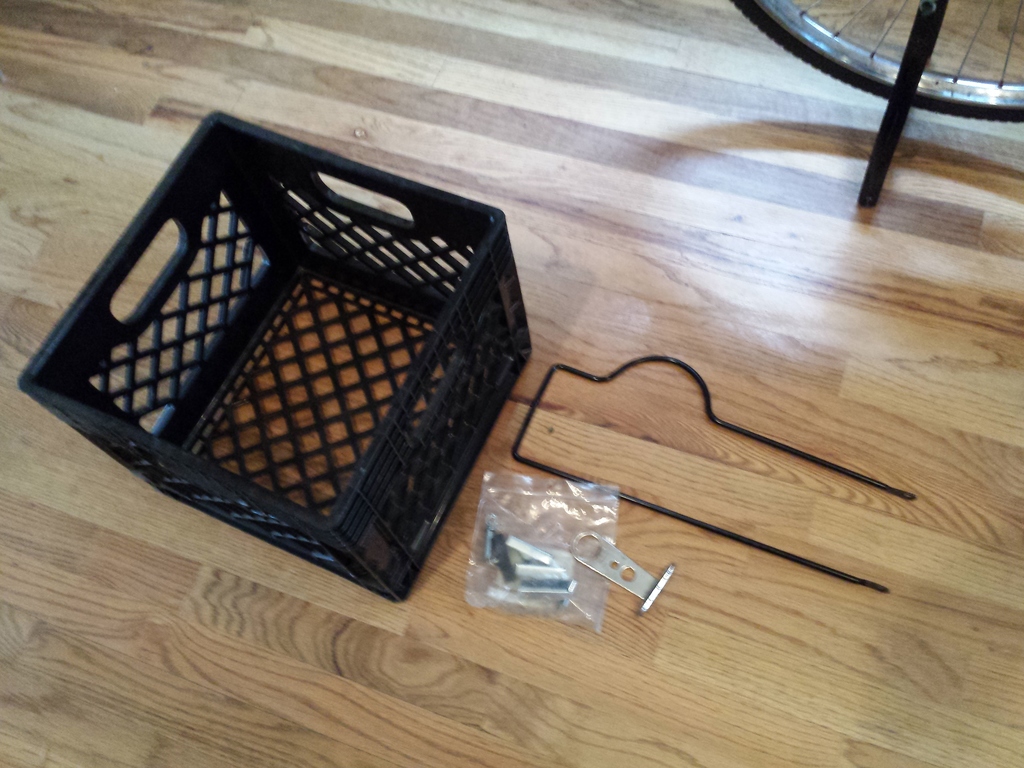 Dang.  I get seconds if it doesn't go.

Sorry John, cash in hand, and I watched her fly away...

she flies well for such a heavy bird!  i have to find a way to leave "pigeon shit" at all the places we fly together...