Anyone else planning on "auditing" the L.A.T.E. Ride? 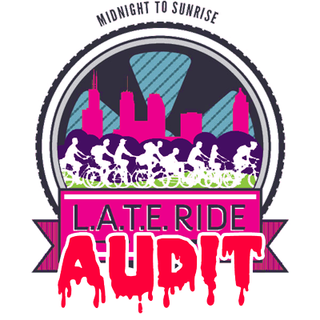 Are the Marauders and other like minded cyclists meeting up before the Mcdonalds Midnight L.A.T.E Ride somewhere? Anyone planning on crashing the ride in large numbers?

I don't see anyone discussing this happening online or in person. And for some reason I ain't on the MM list serve, I should probably get on that.

Two years ago the L.A.T.E Ride audit was super bad ass fun. It was certainly one of the more memorable midnight rides in recent memory. 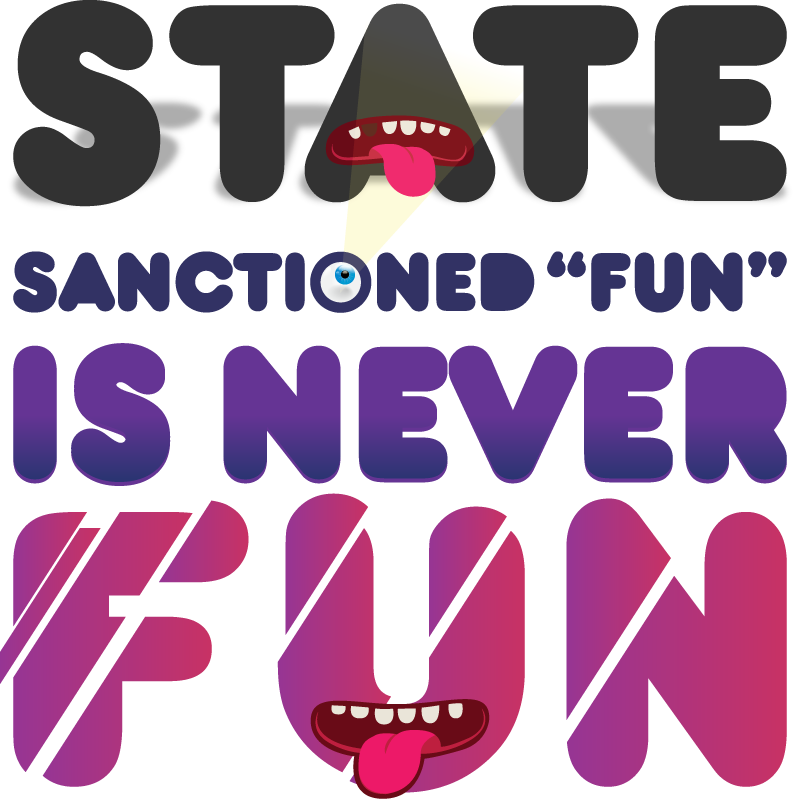 I'm signed up to ride. And not ironically. But I'm ok with that...

Yes, it's going to be slow and there will be a ton of people but I love the fact that organizing my group of friends meant that friends that don't normally ride their bikes are riding in it. I consider the Late Ride a gateway drug to many other longer rides. My memories of riding in it in the 90s are very happy. I'm not worried about Friends of the Parks losing your entry fee because I think they charge too much for the ride considering how many people are in it. It's $40-45/person times 10k participants which makes me think our parks should have laser light shows by now!

Dear O, your post is not germane to the conversation at hand. So I will largely ignore it. But I did take umbrage when you said, "...is about as cute as trying to wear a thong bikini in your 80s. Few folks can pull that off." That may be true but most of the elderly Chainlink'sers, CCM'ers and Naked Bikers just happen to be the ones that can pull it off.

It's $40-45/person times 10k participants which makes me think our parks should have laser light shows by now!

I have had this exact same argument with other ATA and FOP events and staff. They are inherently classicist by setting the price for entry so high that they automatically exclude low income earners. And before people say it, yes, I know you can get in for cheaper if you volunteer, but fuck that. The price is absurd and everyone knows it. I give money to the ATA but I don't appreciate their exclusivity when it comes to their events. That is why we audit.

The bar we met at last time was, I believe, Nine Muses Food & Liquor at 315 South Halsted Street.

So how does meeting at eleven sound?

That should give us enough time get nice and drunk and then meet up with the McDonalds Ride. Remember to bring booze for traveling in advance! I don't know if we'll stop to get liquor this time.

I'll make a Facebook and Chainlink event page when other people confirm this is a good plan.

Permalink Reply by Paul Bracht on June 26, 2012 at 8:45am
Count me in even if I have to worry about being called names by the thought police it is fun.

Permalink Reply by Tim S on June 26, 2012 at 9:07am
I would say that a strong group of friends/riders in the city that does get together on a regular basis (MM, FFR, NSCM, CL, of course CM and all the others I forgot) could also suggest to those that choose the big three that the city/roads are not to be feared, in fact embraced. If one wanted to they can find a group ride every weekend ranging in size from 5 to 50 some times 500+ rolling through the city, suburbs, and countryside. Our community here at the Chainlink offers a central location for people to learn and come together.

Marauders I will be with you in spirit unfortunately I will be sailing on Lake Superior this weekend, have a #3 for me.

I'm also registered for the event, since many of my non-biking friends are interested. The YouSwoop deal you never mention made it fairly reasonable for a supported event (Village Cycle will be stationed at several places along the route, very helpful and reassuring for novices). Im all for anyone joining though, the more people see that we can ride in numbers anytime is great in my book.

The route is published, maybe one of us silly yuppies who picked up their packets will share it with you.

I realize everyone is entitled to their own opinion but give it a rest, O, your comments are really off the mark.  Obviously Marauders isn't for you so it's a good thing attendance isn't compulsory for Chainlink members.

I rode the first two LATE Rides and it was fun then.  Now?  Hardly, not with corporate sponsorship and the absurdly high registration fees.

I'm working until way late so I'll need to text someone for location so I can join up.  I feel compelled to have a beer around my neck while riding, again.

@Spencer, ask Martin which bar we met at as he's called this meeting of the minds for the audit the past several years.

Hey Kevin, do you have the map right now? I was under the impression they give it to you at the time of sign in. Could you take a photo of it and upload it for us? Also we should consider getting people who are going to the ride to start posting the ride location on http://massup.us/.

I do and I can post it when I get home tonight.

I dont remember the first half of the route heading south/west from memory, but for the latter half I believe we head north on Halsted, Milwaukee and California, east on Montrose and south down the path back to Grant Park.

Exactly what about your ride protest will be obvious to those of us riding alongside you in the dark? Will there be posters exhorting us to free ourselves from the tyranny of the FOP? Or will someone be giving a broadcast message about the evils of overpaying?

If you truly are all about educating the "silly yuppie" riders the please translate what Joe meant by his initial reply:

It reads like some sort of threat to me.

I certainly wish that the one member from Oak Park who decided to attach my virility could been more original. I guess that encountering "pushback" is more threatening to some than I had imagined.

I took the time to read the discussion from last year and it has the us versus them tone that this years discussion provides. Hipsters giving condescending verbal jabs at people who by all rights ought to be embraced for their willingness to ride at night in the Murder Capital of the Midwest.

I grew up in Chicago and moved to the suburbs during college. So I know both sides of this situation. I do most of my riding in the city and enjoy what it has to offer. What I fear is lost in this discussion is the need to have folks living outside the city embrace it as much as do I. We all need each other. There will come a time in the not too distant future when transportation funds will be severely attacked and possibly denied for such "frivolous" activities as bicycling.

Chicago needs as much good will as it can muster to over the negative aspects of its weekend murder rates. FOP charges whatever it must for whatever reasons they determine. I make my decision to register for any rides I attend based on how good my past experience with that ride has been. I know as I said before that putting on rides like this is expensive and lots of coordination has to be undertaken to pull it off.

I would rather see your group find ways to collaborate with the FOP and ATA to find effective means of reducing the costs to a point that everyone finds acceptable. Lots of groups that rely on donations (and that's what the registration fee for the LATE Ride really is) are having a hard time. Dog and cat shelters, shelters for the homeless and especially shelters for homeless veterans. I give as much and as often as I can to the homeless veterans shelter in my home town of Wheaton. Lots of people who claim to be patriotic seemingly never discover concrete ways to help those who served. Since I have two nephews who have served or are currently serving this is a cause dear to my heart.

Finally, if you really feel strongly that a low or no cost ride is something that should exist, I would think that many of those on this forum on both sides of the current fee structure issue would be happy to volunteer in a ride that your Marauders cared to stage. I think sometimes that have to "put up or shut up" is a great way to clear the air of bravado and get right down to the heart of the matter.

No one wants to quash your thinking just hopefully get you to think about how you couch your thoughts. Doing something constructive is far better than lashing out at the riders whose money is helping to stimulate the economy for all in the city. If you really think that low income folks are being shortchanged then you could help coordinate refreshment stands (like the ones along the Chicago Lakefront Trail near 47th Street) that are owned and operated by low income folks. They would be as happy to get the much needed shot in the arm for their self-owned businesses as the folks who service the vast crowds at RAGBRAI.

Chicago hipsters need to embrace this and any other invitational ride put on by ATA or FOP as an opportunity for small entrepreneurs to find themselves included in the revenue stream that is created by these events. Riding along with the crowd at night does not seem a very effective means of converting others to your way of thinking on the pricing structure and it does nothing to help low income bicyclists help themselves.

RAGBRAI towns leap at the opportunity to be on the current years route list. Hipsters and their friends should do the same. Set up stands along the route and hawk your wares or put out the word in the African-American community to the south of the ride that they should migrate north for the evening and set up shop along the route.

It would also be meaningful to lobby the FOP for booth space for these entrepreneurs to allow them to gain a foothold in the event on an annualized basis. Getting drunk and riding alongside the people on the route is somehow not what I imagine as an effective tool to drive home your message.

So it looks like it's this coming Saturday . . . is the preference to ride with the ride or against it?

H, with the ride, In the same direction as the ride. And no, this isn't an expressly oppositional get together against the Mc L.A.T.E. Ride. It is simply free people enjoying the road coincidentally the same time an official (expensive as fuck) ride happens to be taking place. Maybe we'll show the riders in the McRide that you can actually bike on the road for free.

Who said this was a protest?  It's just people getting together and enjoying riding bikes with other people.  Any language concerning or "message" of an audit or class warfare is really just tongue in cheek.

It's a shame you are completely lacking in any capacity to enjoy things that are fun.  But that isn't really my problem.  Please stop spamming us with your long winded irrelevant opinion.

OR.  Even better!  How about you meet us at the bar and get drunk with us.  You'll see how much fun this is.