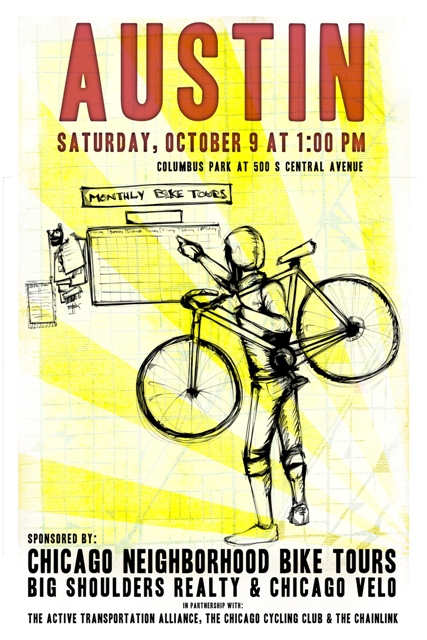 Austin, Chicago Community Area #25 sits seven miles due west of the Loop. It is one of Chicago’s largest Community Areas and was founded in 1865 by Henry Austin. Originally located in the township of Cicero, it was voted out of the Township and became part of Chicago in 1899. For years, the rail lines served as a boon to Austin, and development and communities grew and prospered for years. Austin is site to some of the grandest mansions and most splendid architectural forms in all of Chicago, and to one of the grandest parks in the park system, Columbus Park, a fully-realized design of famed landscape architect Jens Jensen. Sadly Austin’s beautiful buildings today are often neighbored by empty lots, and dilapidated structures in many directions as the area has seen its fortunes decline as its population and money disappeared while its infrastructure and opportunities ever weakened. The prospect for urban renewal in many ways begins by rediscovering what we Chicagoans have lost by neglecting our neighborhoods. By remembering and seeing what we have lost, we can change a neighborhood’s fortunes, and regain our stature as a city.

RSVP for Tour of Austin 2015 to add comments!