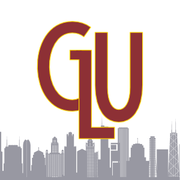 The route begins in Willow Springs, near the Metra station. From there you’ll head south, up and over Mt. Forest Island. Part of the Valparaiso Moraine, Mt. Forest Island was formed by retreating glaciers thousands of years ago. It would have been an island at the mouth of an outlet of ancient Lake Chicago. After descending, you’ll cross the Calumet Sag Channel, before ascending the moraine once again.

Heading south over the moraine, you’ll gradually descend, crossing Hickory Creek in New Lenox. Coming off the moraine, you’ll continue south to Manhattan. Next you’ll pass the nearby Midewin National Tallgrass Prairie. This is the former site of the Joliet Army Ammunition Plant, which was established during WWII and closed in the 1980’s. The tallgrass prairie was established in 1996.

After passing the prairie, you’ll continue southwest, crossing the Kankakee River at Custer Park. From there you’ll continue west, passing the Braidwood Nuclear Plant and the old coal mines near Coal City. Continuing on, you’ll cross the Mazon River (aka Mazon Creek) near Claypool. The Mazon Creek fossil beds have preserved plants and animals from 309 million years ago, including Illinois’ state fossil, the “Tully Monster.”

At the western terminus of the route you’ll arrive at Seneca, home of the MJ Hogan Grain Elevator, the oldest remaining grain elevator along the I&M Canal. In Seneca you’ll cross the Illinois River and turn east following the route of the canal. You’ll pass several defunct locks and aqueducts along the way. In Lockport, you’ll pass the Gaylord Building, which is the oldest surviving industrial building along the canal. It was originally a warehouse for goods transported on the canal. From Lockport, the route follows the canal all the way back to Willow Springs. At the finish, stop by Imperial Oak Brewing for a pint of craft beer.