History of Cycling in Chicago by Chris McAuliffe 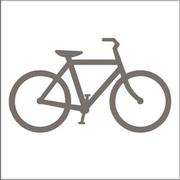 Chris McAuliffe is the author of the book “Cycling in Chicago” which chronicles cycling starting in the late 19th century, when Chicago was the center of bicycle manufacturing in the United States.  As an early industrial and transportation center, two-thirds of all bicycles manufactured in the United States were from Chicago—it was the Detroit of bike manufacturing.  For decades, Chicago was also a center for cycling track and road racing. Chris will talk about Chicago’s rich cycling heritage and the urban cycling scene today.   Chris McAuliffe is a longtime Chicago-area cyclist who competes in road and cyclocross racing. Chris holds a USA Cycling racing license and races for the XXX Racing-Athletico cycling team. He also enjoys recreational cycling and exploring the many bike trails and forest preserves around Chicagoland.

RSVP for History of Cycling in Chicago by Chris McAuliffe to add comments!