The Last of the Summer Tweed Rides

DO YOU TWEED?
Then help us bring Tweed to the Burbs! Please join the BBC on Sunday, 3 October for The Last of the Summer Tweed Rides. We will gather at O’Sullivan’s Public House around noon. 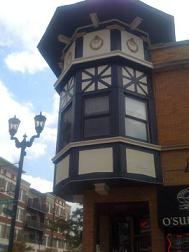 We hope to depart at 1pm for Villa Park's Lunar Brewpub. We'll be following the Illinois Prairie Path, the oldest Rails to Trails bike-path in the Colonies. The route map is here. Lunar is a palace for craft beer fanatics. it creates 40 different beers a year, with at least one new brew each week. On tap all the time are Moondance IPA, Raspberry Cream Ale and Total Eclipse Oatmeal Stout. Expect big Belgians during the holidays and season beers for Oktoberfest and St. Patrick's Day. If you're craving something more substantial that the snacks on hand (pizza, popcorn, pretzels and nuts), choose from the delivery menus behind the bar and have a meal brought in from a local restaurant. 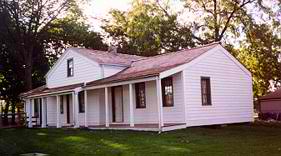 After quaffing a few choice pints, we'll proceed to our picnic at The Sheldon Peck Homestead. You can pick up victuals & libations at any number of fine establishments in close proximity to the brewery. The homestead was a station on The Underground Railroad where escaping slaves hid. Peck was an abolitionist as were many of the townspeople in the area. His youngest son, Frank Peck, recalled as many as seven slaves at a time hidden in the house.
And don't forget to... RSVP for The Last of the Summer Tweed Rides to add comments!

Comment by Ed on September 23, 2010 at 12:04pm
Not sure about the "L" or bus rules, but I think Metra trains have a rule that it can't be longer than 7 feet. A lot of tandems are. I hear that sometimes they enforce this, sometimes they don't bother.

Comment by Holly on September 23, 2010 at 11:55am
I would like to go with a friend on his vintage tandem. Does anyone know if we can bring a tandem on the train? (Assuming we have enough strength to hoist that thing onto the El.) There are several routes you can employ for arriving at O'Sullivan's Public House: 1. Take CTA Blue Line to the Forest Park Stop. Go north on Des Plaines Ave and east a block on Madison St.
2. Wrightwood is a good East-West route for Northsiders. You can go south in or west of Belmont-Cragin.
3. 26th is a good East-West route for Southsiders. You can come north anywhere in Berwyn-Cicero.

Comment by S on September 19, 2010 at 8:04pm
Is there a group of people meeting up in the city and cycling over to the starting point? Also, my dear ladies & gents, I'll be having more info on this rural idyll by the end of this weekend. A good friend from back East is coming out tot help me ride the route, review the publicans, and scout out suitable picnic areas along the Prairie Path near Villa Grove!

Comment by globalguy on September 14, 2010 at 9:15am
WooooHoooo!!! BTW, Jami wrote a brilliant piece on us for this month's The Derailleur:

"The Last of the Summer Tweed Rides October 3, 2010 from 12 p.m. - 7
p.m. starting at 711 Des Plaines Ave. in Forest Park RSVP:
thechainlink.org/events/the-last-of-the-summer-tweed Contact: 773-278-5669 What do I wear? Usually for this cyclist, that means whatever happens to be comfortable and halfway clean, but since I was attending my first Tweed Ride, this required a little more thought. After perusing area thrift stores, I settled upon an outfit and rode out on my three-speed-steed and met up with the gang for the Cozy Hearth Tweed Ride. Our meeting point was Jack’s Bar and Grill, the first of many fireplace featuring establishments, where dozens of ladies and gentlemen were holding court. The gamut ran wide, there were those in three piece suits, others who dressed up jeans, and still others in full-length skirts with a plethora of accessories like scarves, canes, and even aviator glasses. Once we set out on that chilly, but sunny afternoon, we seized the day. Our pedals twirled, our bells rang, and we showed the city some style."

Comment by Doug Haynes on September 13, 2010 at 6:27pm
So stoked to have an actual functional and cool Brit bike for this one.

Comment by Glen (FTF) on September 8, 2010 at 12:57am
LOL. thanks for the concern, but that can be done is wait. The last one is only 3mm so its not that bad.
I know a usual stomping ground for tweed rides tends to be pubs and what all... I don't have an ID of any kind nor will I by then. Does that matter anywhere along this ride? I know some places it does an some it doesn't...

Comment by globalguy on September 3, 2010 at 10:10am
I certainly hope you're not referring to British stones!