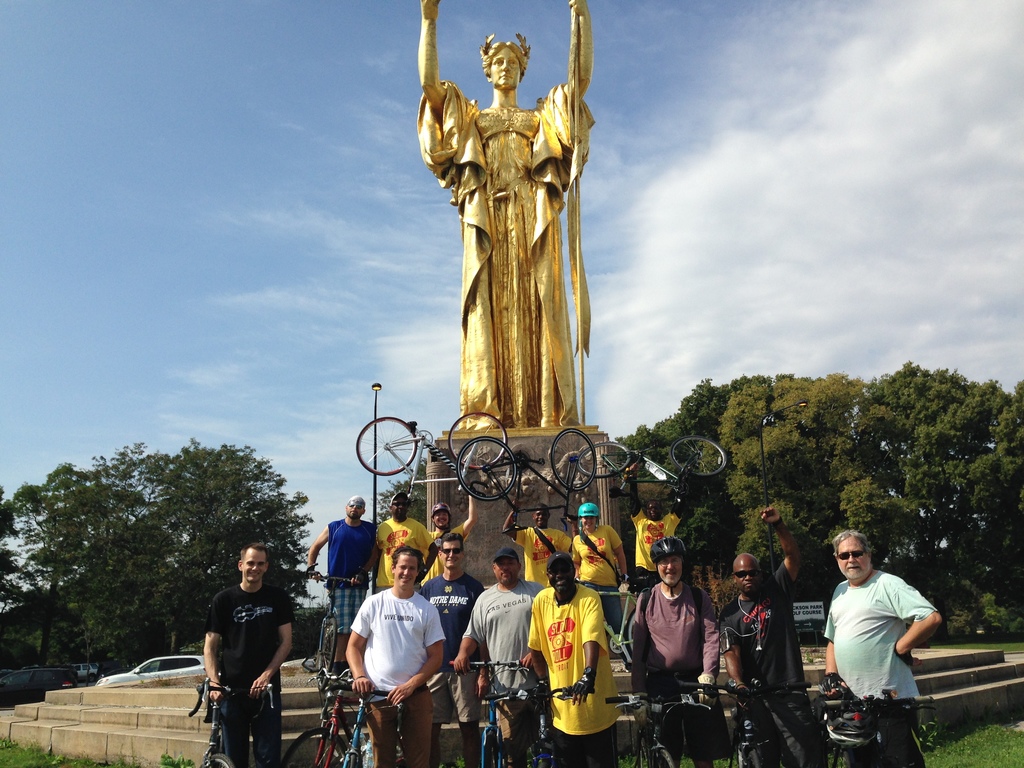 This group does not have any discussions yet.

You need to be a member of Slow Roll Chicago to add comments!

It's over on the DNAinfo.com website and is written by Wendell Hutson. Thanks much! Slow Roll Chicago... ‪#‎SlowRollCHI‬ The details for our next ride is in the post below this one. And, here is the Facebook link:

I am waiting for the event to be approved here on Chainlink. Once it is approved, I will post the link to the ride here.

In Partnership with The New Light of the World Ministries

Lunch in the Beverly neighborhood
at approximately 1:30pm:

Hearty Cafe Pancake House & Restaurant
9623 S. Western Ave., Chicago
www.heartycafe.com We ride again to celebrate history. We ride again to create community. We ride in Roseland, Roseland Heights, and Rosemoor. We ride in the Pullman neighborhood. We ride to explore a vibrant history of the historic Pullman community. We ride to live the dynamic history of the Brotherhood of Sleeping Car Porters with origins in Pullman, Southside, Chicago. We ride to explore their legacy on the Civil Rights Movement as well as the Labor Rights Movement in the US. We ride to experience the beautifully textured Southside of Chicago, the history, culture, people, communities, organizations, architecture, and beauty. This is why we ride.

Peace Slow Rollers - The Slow Roll Chicago E-mail Newsletter is launching soon. Click the link below to sign up. Thanks Slow Rollers...

Hey Lisa - Thanks much, dearly appreciate your kind words. We ride again on the morning of Sat, Oct 18th on the Southside. And, our last ride of the season will be the afternoon of Sat, Nov 15th on the Westside. Will post details soon. Look forward to riding with you soon...

Oboi, I like this movement!  Looking forward to hearing about the next Slow Roll ride!

Hey Bob - Awesome, thanks for posting!

As Oboi Reed and Jamal Julien weaved their bikes around parked cars and potholes Thursday in Chatham, a woman on the sidewalk called out, "Y'all are riding in the street?"

With no place to lock up a bike on that stretch of 79th Street — much less bike lanes or a Divvy station — he could see why the woman would find it odd. The two avid cyclists remember biking out of necessity as children in their South Side neighborhood, but it wasn't until decades later, once they had moved, that they were reintroduced to biking as a hobby.

"It's not viewed as transportation, it's viewed as entertainment, like something that kids do," Julien said.

Starting on Saturday, Reed, 41, and Julien, 39, are determined to bring recreational biking to neighborhoods like Chatham when they lead Chicago's first "slow roll," a growing biking movement in which groups of bicyclists leisurely coast through struggling communities before rallying to support a local business.

The phenomenon began in Detroit in 2010 as a way to buck negative perceptions of neighborhoods while encouraging revitalization. Reed and Julien hope to bring the same energy to the city's South and West sides when they hold a soft launch of Slow Roll Chicago at 9 a.m. Saturday at Fleck's Coffee Co., 343 E. 79th St.

"The perception on the outside is that (in Chatham), it's bullets whizzing past your head," said Reed, a Roosevelt University student who lives in the South Loop. "But when you get over here you notice these are just regular people who shop, go to school, raise kids, just like anybody else.

"We want people to turn these neighborhoods into livable communities where they feel safe walking, biking, enjoying the neighborhood without the feeling of, 'If I go outside I'm not going to be safe.'" 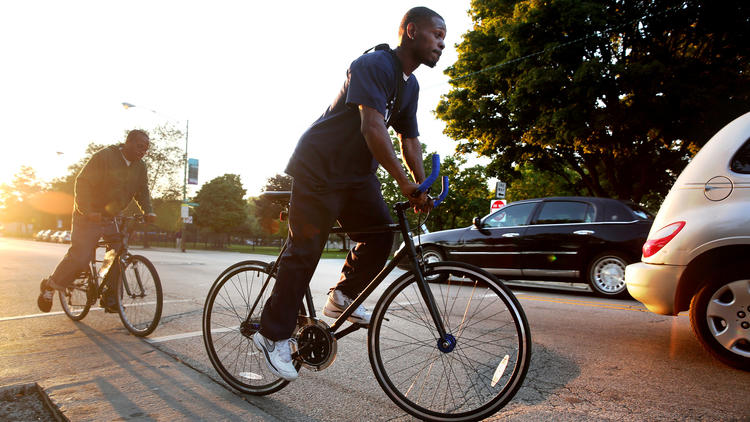