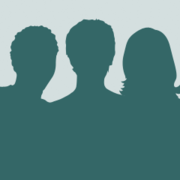 The Perimeter Ride has been going for a solid decade and is an important first century for a lot of people who might not try such a thing without the CTA bail-out option. Also, it's awesome! Nature trails, oddball sights along the way, interesting food options and an easy pace for the moderately hardcore.

The venerable John Greenfield has been running it all these years, but he wants to step away and focus on developing new rides which will surely be fantastic.  Stay tuned for those, he's got some interesting ideas up his sleeve.

So--folks who love the Perimeter Ride, let's keep it going!  Weigh in here and we'll hammer down the details and post it as an event.

Here's a place to post up potential routes and maps for the south side portion of the ride.  …Continue

I sent a message as well to all members but this may be a better place. I am just learning about the ride and would love to participate. Where can I find all of the general info to read up on…Continue

Back on the northside, previous stops include leaning tower of Niles and Roger Park Beach.  End location???????…Continue

You need to be a member of Perimeter Ride 2012 Planning Group to add comments!

I presume that though this group says 2012, and I didn't find similar for other years nor undated, that this is the defacto Perimeter Ride planning group.  If not, please advise.  If so, you may want to remove the year portion of the name.

I'm a fairly extreme planner and calculate out most of my year's ride and event dates in advance.  For 2014 virtually all have announced their dates, even the holiday rampage (December 13th), but The Perimeter Ride has not.  My GF's planning a September vacation but would like to go on the ride, and I'm sure she and I aren't alone in wanting to know asap.

Pursuant to helping solidify that, I've researched the dates through history and calculated an average.
So if y'all could consider and carve it in stone within not too many weeks/months from now that'd be great.

Bottom line, last few years were in late September, but most historically were in mid to late August, and at least one was in July.

The Saturday most fitting the long term average is August 30th.
Or if you want to stick with the pattern of recent years, then it's September 27th.  Check for date conflicts here.

Researching dates of past Perimeter rides, I accumulated some links y'all might enjoy.  Some are event postings, blogs and photos. A few include maps (indicated with *).

Speaking of stuff that's only kinda rideable--check out this potential detour for those on mountain bikes:

"It looks rideable from space!" and turns out, it is!

I've ridden that expressway ramp a bunch of times over the years. I didn't want to encourage a large group to ride it in the wrong direction in case there was a problem with oncoming traffic.

How was Doty between the turn from Stony Island and the expressway ramp/111th when you did your pre-ride?  I assume the giant crater across the road was fixed enough to be rideable.

I know that expressway ramp looks freaky on the map, but I've ridden it three times now--twice with previous Perimeter Rides--and it's not that bad in practice.

As for the bit on 105th--make sure you're at the front of the pack at that point and we'll go your way.

I can't believe it's only two weekends away!  Still have a healthy bit of pre-ride to do on the Western edge of the route, going to try to get that knocked out this coming weekend.

I was just checking out your map revisions from 8/31.  You've got a couple of problems there.  Do you really want to take the ride the wrong way up the expressway ramp from Doty to WB 111th?  Continuing south on Doty to 115th would be a better option.

Also, when you go west from the Major Taylor Trail on 105th St., you've got the ride going 2 blocks the wrong way on 105th after crossing Vincennes.  Better option: make a diagonal crossing of Vincennes to NB Charles and go 1 short block to WB 104th, then continue as mapped.

Ride on Saturday was pretty great.  The folks at the Chicago Velo Campus are excited about putting on a demo for us if the weather is good.  We spent a long time hanging out at Argus Brewery talking with the guy from Friends of Pullman, and damned if he didn't make me want to pull up and move the family down there!

One more pre-ride for the western edge of the route--anybody got some input for stops out there?

Gotta bail on today's pre-ride.  I want to postpone some unplanned maintenance at work, but I probably shouldn't.  Have fun guys.

based on the turn-by-turn directions John printed for last year's ride.  Good rough draft for the pre-ride on Saturday.