These tools for spoke calculations are also available: My current configuration in spoke calculations - 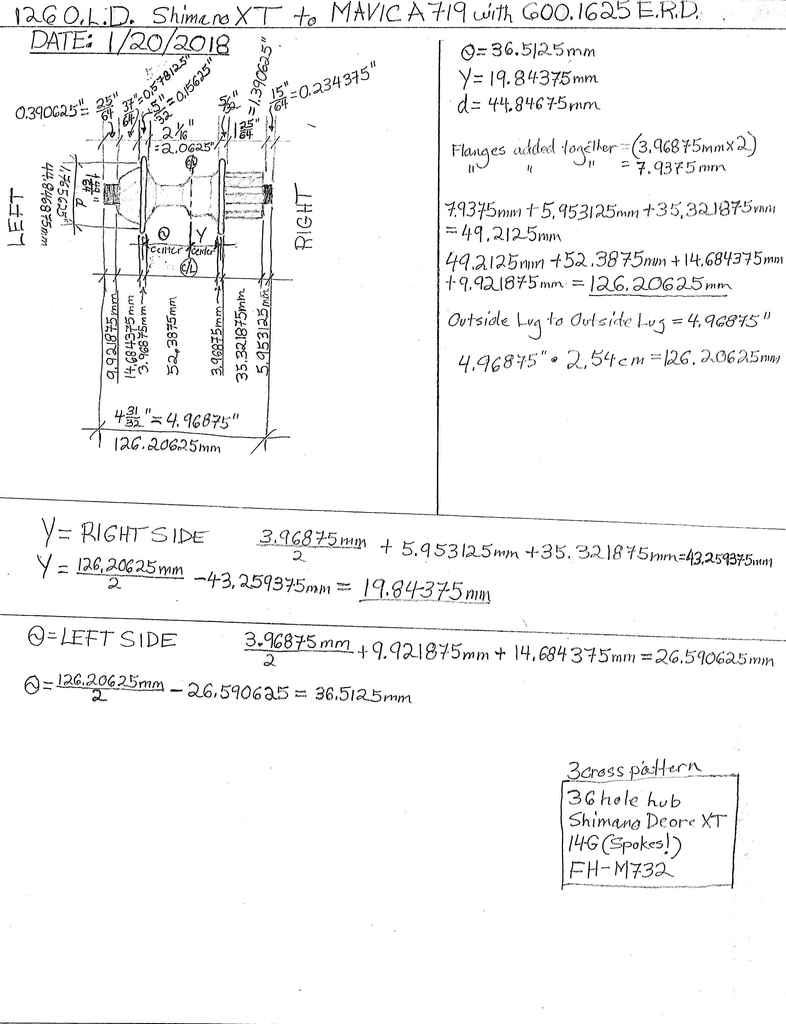 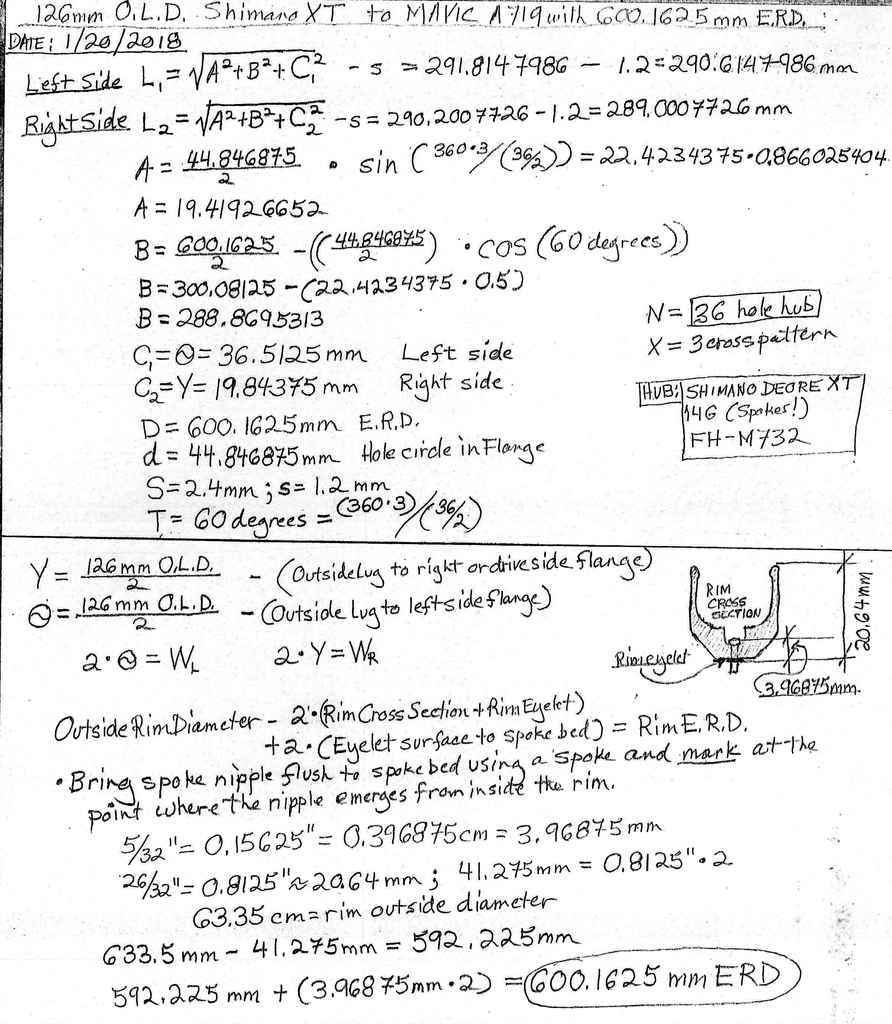 Please note that  I am not liable or responsible, mechanically or financially, for any wheel repair or wheel build you may attempt as a result of the recommendations of this article.  You will be relying on your skills and expertise for your various projects.  Please use caution, wear safety glasses when tensioning your wheel, and take necessary precautions to ensure all of your mechanical connections are sound.

I did many of my dimensions with a General Vernier Caliper I purchased from Home Depot.  I know Imperial to Metric conversions are an unnecessary additional step.  However I get really annoyed when people tell me wheel calculations can’t be done in Imperial units.

Why not just use the calculator on Prowheelbuilder, or something like FreeSpoke. I've used them both, entering my own hub dimensions (with caliper in millimeters), or using stored data for specific hubs and rims. In every case I've been able to build wheels without issue. Everyone thinks wheel building is some arcane velo-nibelungen thing and it isn't - it's actually pretty easy.

I don't really care for over-reliance on spoke calculators.  I become anxious and very upset when mechanics look for the dimensions of a hub or a rim in a chart or from a website rather than making the dimensions themselves.  I laud your decision to make your own dimensions.

I also become unnerved when spoke calculators don't fully report the decimal point, instead rounding up rather than saying what the calculation truly is.  It's a little silly, maybe, but to me it makes a difference.

I don't think wheel building is some arcane practice. But we all need a resource which tells us how to get it done.  Bear in mind that Damon Rinard is thorough in his instructions on different cross combinations and mix matching hubs to rims with less or more spoke holes.

In short, I like to know that I can do the math without a computer.  I like to know all I need is the tools to measure with and a handheld scientific calculator for the trigonometric calculations.  I don't like the idea that someone's software is deciding, perhaps incorrectly, what I will need to build a wheel.

There are people who don't have computers when they would like to build a wheel.  I believe this discussion, if we were to print it out and hand it to them (and provided they know their high school math), would empower them to build their own wheels in any configuration they wish.  This discussion puts all the necessary information for basic spoke calculations on one page.

So my folding bike had alloy spokes.  They were cracking in half.  The original V rim's spoke holes were also widening up.  I don't think the double butted spokes and the radial lacing on the left side were helping at all.  I located a Sun Ringle CR 18 in 20 inch (April 2020 the ERD is 390.15mm) and here are some useful dimensions if you also have an old SRAM Dual Drive hub:

Spoke holes, center to center, (flange diameter on both sides) is 67.5mm

Left side outside lug to center of hub flange is 34.2mm

Right side outside lug to center of hub flange is 50.1mm

The hub flanges are 3.4mm thick

The spoke holes are 2.4mm diameter