So it looks like there are still bike thieves in the City of Chicago and that bike owners are still determined to make it easy for them. We had a modest increase (5%) in reports to the Chicago Stolen Bike Registry in 2013 after a whopping 42% increase from 2011 to 2012. The spreadsheet for the period of 2010 through 2013 is attached, but the numbers that stick out for me:

Another 27.6% of reports to the CSBR were of bikes with a locking method identified as “Other.” The “Other” category has been a topic of discussion in past threads because this is sometimes an option selected by the victim and sometimes an option selected by the CSBR admins. Victims are asked to select "Other" when no lock was cut or broken to steal the bike, and admittedly, this fact is sometimes difficult to ascertain with any degree of certainty. The admin protocol is to make the change when the narrative makes it clear that a lock wasn't defeated to steal the bike. "Other" includes by way of example, bikes which were only locked to themselves (regardless of lock type); bikes which are locked only through the front wheel (regardless of lock type) and the bike is stolen by leaving the wheel locked to the rack and taking the rest; bikes which were locked (regardless of lock type) to a sucker pole, wooden or iron fence, and the object which it was locked to was obviously broken or defeated.

Only 4.4% of reports to the CSBR were of bikes locked to a bike rack with a newer U-Lock. It’s that easy to minimize your risk of being a theft victim. 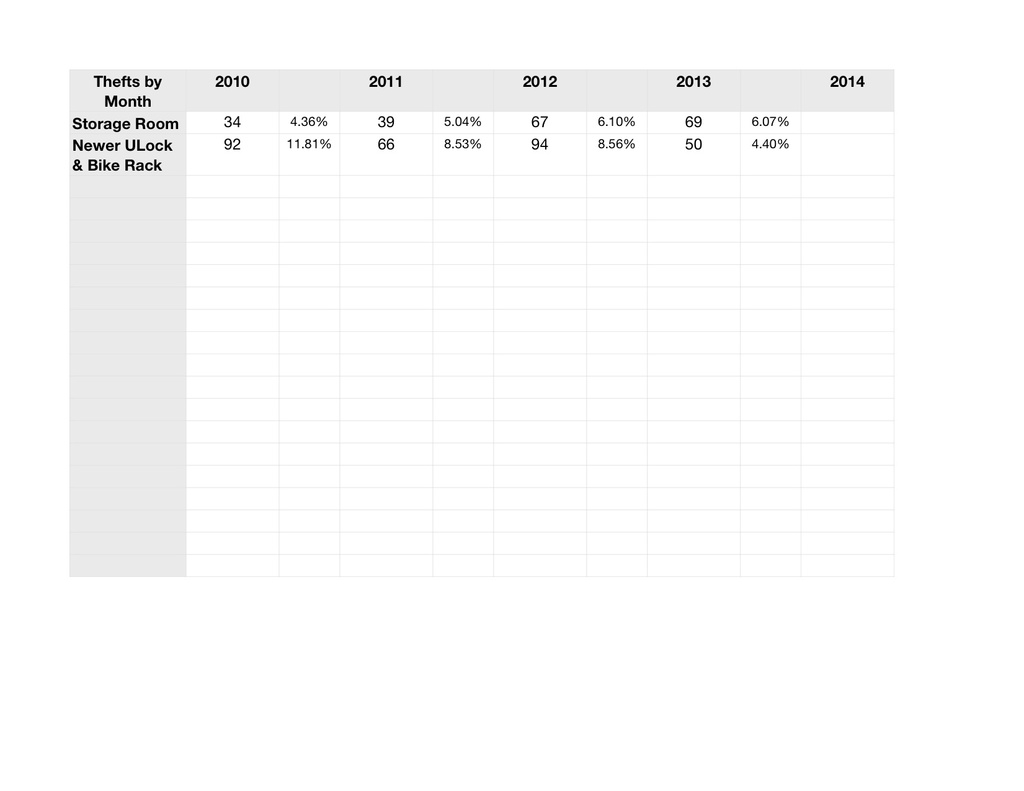 This is nice....Abus 14KS chain cut to length.  So I can get less chain than the mini u-lock and chain kit from Abus or Kryptonite and potentially carry it around....right?

Mini u-lock is the next purchase....