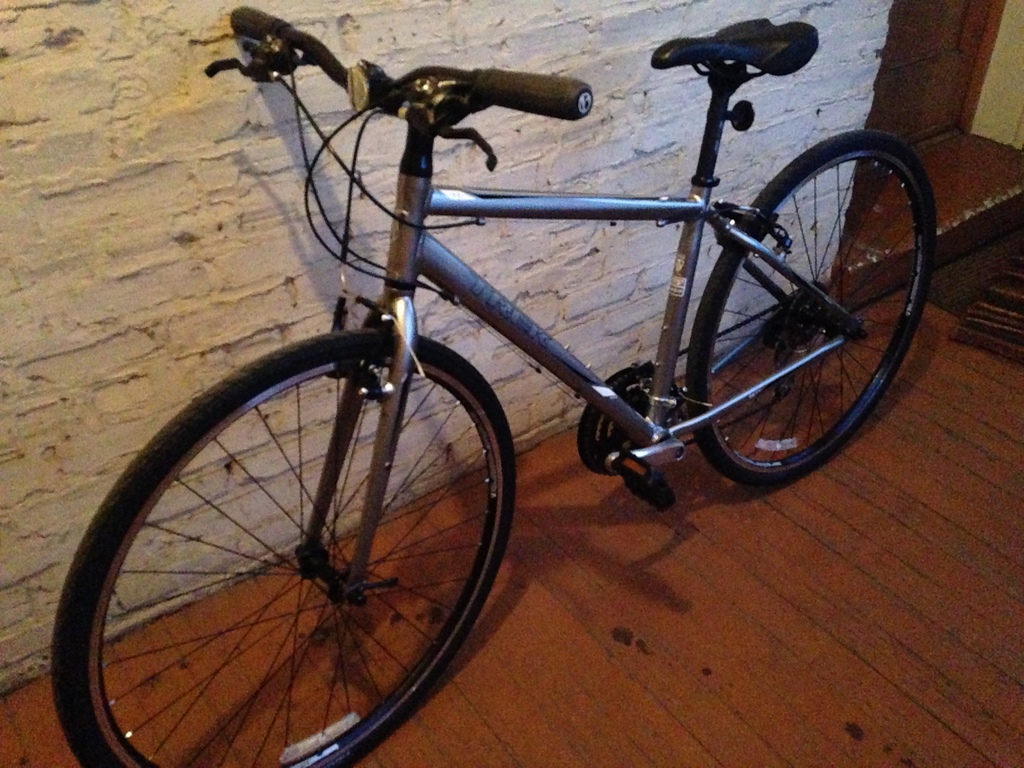 Just trying to get the word out. I already registered on the stolen bike registry.

It's a 2014 Trek 7.1 in Silver (Platinum). I've had it close to 2 months. It was stolen from an enclosed porch last night while I was at the Laundromat. It was stolen in Ukrainian Village.

I filled out a police report as well. The bike had green spoke lights on the front wheel at the time it was stolen, as well as a U-lock attached to the upper tubing of the frame, and a plastic S-blade rear fender.

Here's what to do.