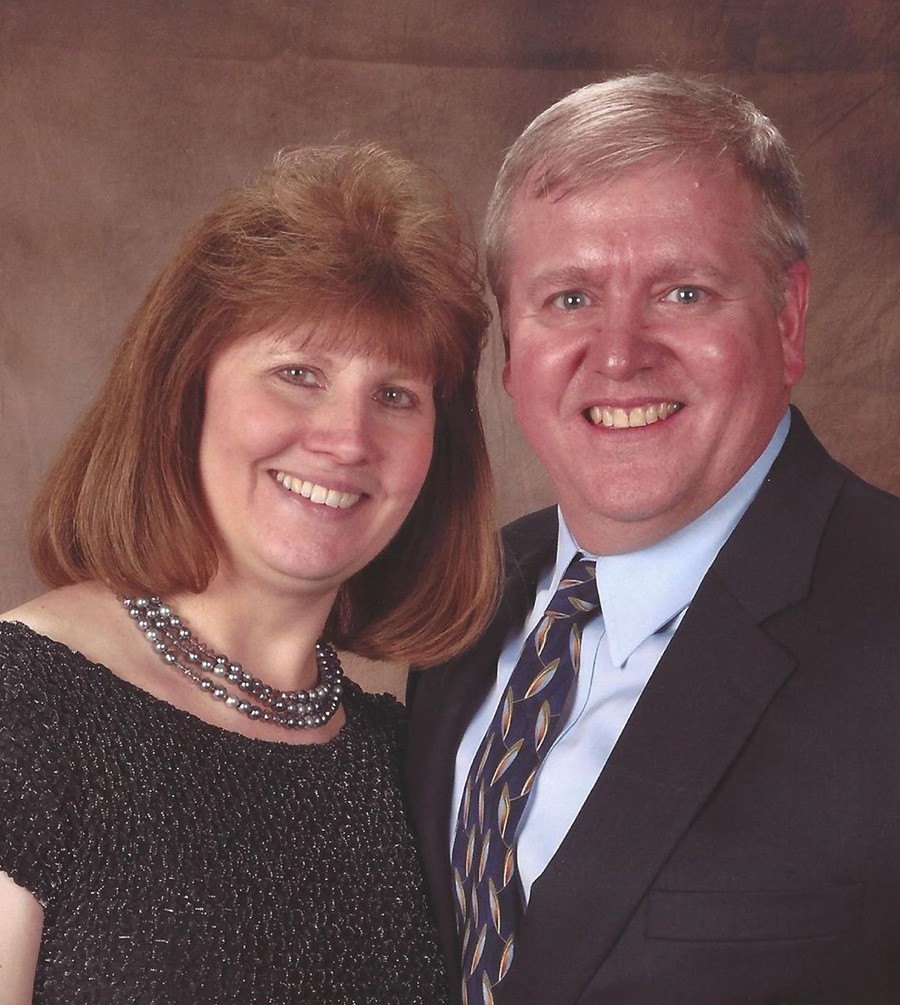 On June 21 middle-school math teacher Janice Wendling and her husband, Mark, a power plant engineer, were training for an upcoming charity bike ride near the southwest suburb of Morris.

As they pedaled down the shoulder of Old Stage Road, a two-lane highway, around 7 PM, a 16-year-old boy—who happened to be a former student of Janice's—struck the couple from behind with an SUV. Mark was killed instantly; Janice was pronounced dead at a hospital shortly afterward. Police concluded that the crash was unintentional, and the teen was cited for failure to reduce speed to avoid a crash.

Some commenters on an ABC report of the tragedy were quick to blame the Wendlings for their own deaths. One person implied that the couple should have been more visible and shouldn’t have been on the road. "Wear bright colors and a helmet," the person wrote. "I no longer cycle on the two lane roads. . . It is not worth dying by riding out in rural areas."

"That is a bad stretch of road, and the cyclists often ride three or four abreast, and block the whole lane," wrote a commenter named Anton Bender. "They have no business on those two-lane country roads, and should ride on the bike paths. They are just a nuisance on the road!"

And yet, the Morris Herald-News reported that, earlier that month, the boy had been clocked by police doing 87 in a 55 mph zone on I-80 in Joliet. And earlier on the day of the crash, he'd been ticketed for driving 24 to 36 miles over the speed limit in nearby LaSalle County.

And according to the crash report, a witness at the scene told police that the teen threw an object into the woods. The police retrieved a baggie that was found to contain 15 grams of marijuana. The boy told the police that the last time he had smoked marijuana was two days earlier. He was taken to a nearby hospital for evaluation and provided urine and blood samples. Ken White, deputy chief of the Grundy County sheriff's office, said Tuesday that the results of the tests have been forwarded to the Illinois state's attorney's office, but declined to provide the results of the tests. "We're waiting for them to decide what they're going to do," he said.

This kind of horrendous victim blaming reminds me of what often happens to victims of sexual violence. When a woman is a victim of a sexual assault or rape, there's a tendency for other people to blame her for the attack. They often callously argue that she should have conducted herself differently, that she shouldn't have been in that place at that time, or that she was wearing the "wrong" clothing. In 2011, for example, Toronto police officer Michael Sanguinetti infamously remarked at a law school safety forum that "women should avoid dressing like sluts in order not to be victimized." The ensuing backlash sparked the international SlutWalk movement of demonstrations calling for an end to rape culture.

Thanks for the wise words. :-) Yeah, drifts are totally welcome. This is just such an important issue for us, it'd be a shame if it got lost down a bunny hole of Critical Mass or an analogy.

I don't understand how someone can kill two people and the official response is "these things happen".  I guess many Americans feel:

Permalink Reply by Filka Bean on December 10, 2016 at 12:06am
I've read several others who felt like #2 is the real problem. And to put an even finer point on it: they can imagine themselves causing an identical crash and wouldn't want to be punished. What I don't get is why more drivers don't take stories like this to heart and change their driving! Hopefully a whole lot do and the trolls are just skewing my perception...

All I could find on Google is this:

Since the driver was 16, it's likely we won't know if there are any charges that were filed. I'm wondering if the couple's family filing this complaint is a sign the 16 year old may have been let down easy.

The article included this update:

Presumably the state's attorney's office is still determining what charges are appropriate.

Presumably, the state's attorney's office is still hoping the furor will die down so that they do not have to charge anything other than a minor moving violation.  I would like to know the background of that kid, i.e. political and social connections of his parents to influential people in the area.  Also, Chainlink readers, be aware that state's attorneys, defense attorneys, and judges love to slip slap-on-the-wrist plea agreements in heater cases past the public without notice.  My prediction would be that on one of those innumerable "hearings" in the Bobby Conn case, when it's least expected, the defendant's attorneys will step up by prior arrangement and plead to some much-reduced minor offense, for which the defendant will be given the most trivial punishment possible, if any.  Perhaps a fine and some community service or a few weekends in jail, minus any time he spent in jail initially.  There will be no heads-up by the prosecution that this is going to occur.  Then everyone involved will slink away, mission accomplished and a messy case finally off the docket, with those pesky cyclists out of their hair.  Watch out for the unanticipated end-around in these cases.

This happened last summer!  How long are they going to wait to determine "what charges are appropriate."?

They're still holding on "hearings" prior to a trial in the Bobby Cann case well over three years.  Will this decision take that long?  Will hearings ever be decided?

If there were going to be charges based solely on the actions of the driver, those charges would have been brought already. If they are "waiting" on test results, a fair conclusion could be that charges are only going to be brought if there is an issue with intoxication. In other words, charges are unlikely to be brought unless something is found in the test results.