Not again. Cyclist Killed in Hit and Run Crash With Van

A bicyclist was killed in a hit-and-run crash late Wednesday in the West Garfield Park neighborhood, police said.

The 58-year-old man was riding a bicycle south on Pulaski at 10:19 p.m. when he was struck by a white van making a left turn onto Maypole, according to Chicago Police. The van drove away westbound on Maypole.

Here's a photo of the van that was involved in the hit and run of the cyclist: 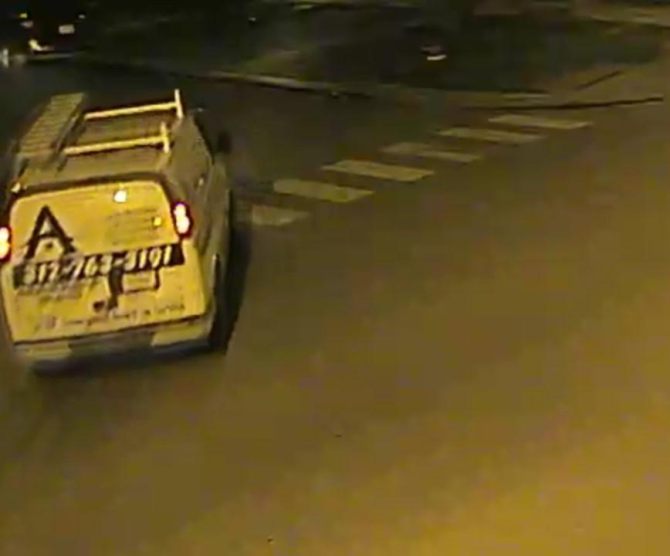 Overheard a friend on the westside mention that the van is a dummy vehicle not associated with the company used to deliver contraband.

I'm sure the police are considering potential options. If that's the case, I'm guessing they will figure it out.

I hope they are able to locate the vehicle and provide a follow up soon. That video of his friends talking about him is incredibly sad - so many family members and friends lost their loved one. He sounds like he was really someone special to a lot of people.

At this point, the driver is still at large. More details about the cyclist and the crash on Chicago Streetsblog.

Footage of the crash that shows Cruz was riding with the flow of traffic, was captured by a security camera at Family Meat Market, a convenience store at the southwest corner of the intersection. “The driver just goes right into him, like he might not have been paying attention,” the store’s owner told CBS. “You hit somebody, it doesn’t matter who they are, you gotta stop and try to help them out.”

Gregory Turner, who lives near the crash site, told CBS that bystanders immediately ran to Cruz to render aid, and firefighters soon arrived on the scene.

“I couldn’t figure out how someone could hit you and leave,” Cruz’s sister Rose Smith told ABC. “Don’t just run away because, trust me, you will pay. If you don’t pay now, you’re going to pay later, by the Lord.”

But family members also told CBS they would forgive the driver if they turn themselves in. “Please come forward and give yourself up,” said Cruz’s wife Vurgie Burdine.

“Right now I am hurt so bad,” Vurgie Burdine added. “Hurt, empty, lost, because we’ve been together all our lives… We did everything together.”

Here's an update on the case: http://www.chicagoreader.com/chicago/frank-cruz-hit-and-run-lawsuit...

A motorist has been charged in a 2016 hit-and-run that claimed the life of a cyclist in West Garfield Park.

Creshon Harris, 53, struck Francisco Cruz, in a crosswalk in the 4000 block of West Maypole Avenue on the night of Aug. 17, 2016, Cook County prosecutors said Thursday.

Cruz, 58, was taken to Stroger Hospital where he was pronounced dead.

You ARE aware of the CPD's homicide clearance rates, no?