I recently lost the cool button I received at last June's Bike-to-Work rally.  It was a small blue button with a image of a bicycle and the words "Bike Chicago" on it.  It was a simple button, but I really liked it.  The folks at the city office that produced the buttons don't have any extra.

I'd thought I'd check with the good folks on the chainlink, to see if anyone might have one to spare.

(I should be at Critical Mass on Friday, August 31st).  Thanks!

I collect a lot o stuff to put out at events on The Chainlink table, but I can't say I have any of these.  I'd reach out to Anne Davis at the Mayor's Office of Special Events Sports Division.  She organizes the rally and the events during Bike Chicago (and does a fine job I might add).

I have one...this is a horrible picture but, is this the one? Let me know and you can either pick it up or meet me at mass tomorrow. 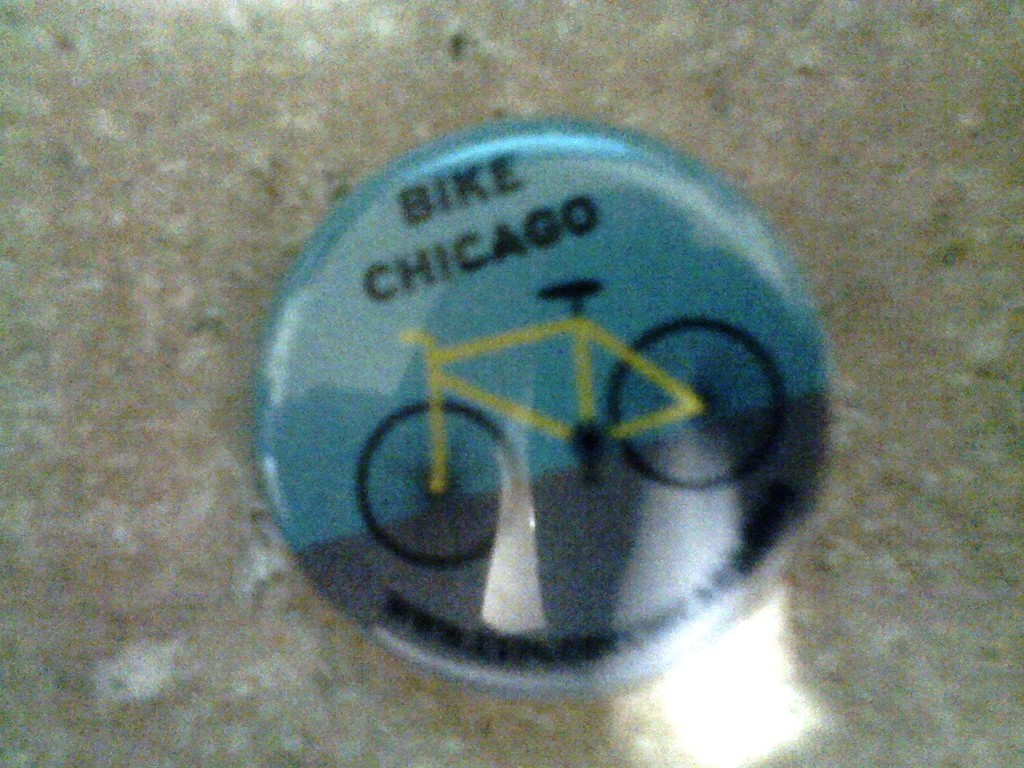 Bike Chicago is out so you could start selling them on ebay and make a killing......or you could be nice and give your extras to needy cyclists....

That's the button!!! I'll look for you tomorrow at da Mass. How will I recognize you (red hat w/sunglasses?!?!)
- Thanks for hooking me up with the button!!! I owe you a brewski.

Everyone else who may have a spare button - I may take you up on your offers - just in case I loose another one!!! 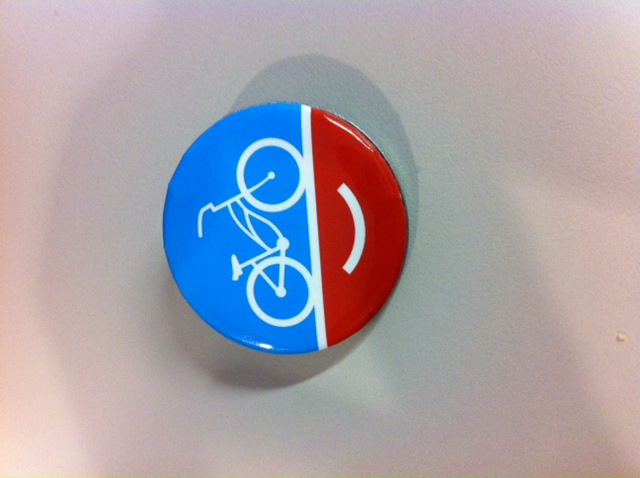 If anyone has another I'd love one too!  I have a this button to trade

You mean this one? Yep, that's the one!  Mr. Presley is hooking me up with one, but I would love to have a spare!

You mean this one?