Is drinking PBR required to be an "urban cyclist"?

So yeah, last night I rode out to meet a buddy for a beer, and a fellow in the bar commented to me how the lack of clipless pedals and the "loud" lighting on my road bike precludes me from being a true cyclist. Also, he mentioned that I ordered a Newcastle instead of PBR, so I wasn't "keeping it real".

I didn't want to get into a whole debate with the guy because since he had obviously had a few too many PBRs, the discussion would go nowhere. I did ascribe the pedals and the lights to the same factor, my almost getting hit by cars in the past. My bike does have SPDs, but I choose to ride with the adapters on them so I don't have to lock my feet to the pedals as doing that makes me nervous about close calls with cars. The lights are somewhat obnoxious I guess, but they have the same effect as that laser bike lane thing, so for me, the tradeoff is a good one.

The one thing I couldn't even counter on, was that not drinking PBR makes me a fraud as a cyclist. Most of my bike-related choices are very pragmatic, I don't drink PBR not to make a political or social statement, I just happen to prefer various other beers. Not to knock anyone who enjoys that beer of course, I just didn't realize it was such a hot button for some people.

So then, should one compromise a bit to be official in the cycling community, or was my next-stool neighbor last night just a blue ribbon snob?

Permalink Reply by cutifly on February 14, 2009 at 5:41pm
I very well may have poured that beer on him and then apologized afterword stating the fact of the matter is that people who have less money to spend on beer are 'USUALLY' the people who are drinking PBR in the first place. I would have also added the PBR stand for "Pretty Bike Rider" not "PERVERTED BULL RAPIST". 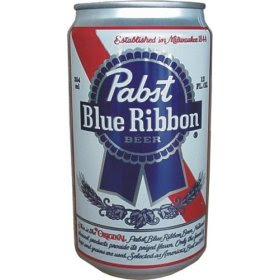 I had a few different beers at bars last night on our ride, none being PBR. Did I feel like a cycling fraud? Umm...no? What exactly is that?

As for the lights and pedals, lights make you seen, and I was unclipped many times over the winter for safety. I'd rather be a safe, false cyclist.

And what is "loud" lighting? Do your lights honk like geese or something?

Permalink Reply by Vondo on February 14, 2009 at 6:03pm
It wasn't my friend who said all this, he wasn't at the place yet when I got there. It was some guy at the bar, but in the interest of full disclosure, my friend is also kind of a tool...

Yeah, about the lights, I think what he meant is loud like a hawaiian shirt, flamboyant.

Permalink Reply by RodimusPrime on February 14, 2009 at 6:06pm
i think that people who think "things" make them "cyclists" aren't cyclists at all.

and on technicality all you need to be a cyclist is a bike. and legs.well maybe not legs. i don't know what the advances in technology have allowed these days

Permalink Reply by Stickfiguredanny on February 14, 2009 at 7:12pm
so is there like a 12 step program to becoming a "true cyclist"?

Permalink Reply by RodimusPrime on February 14, 2009 at 7:16pm
SWEEEEEET

Permalink Reply by EevelWeezel on February 14, 2009 at 7:33pm
We like homebrew. Can I still call myself a cyclist? What a jerk.

Permalink Reply by Anne Alt on February 14, 2009 at 8:18pm
The paralympics pix remind me of a guy I saw on Clark Street a few years ago. I was a passenger in a car. He was riding a road bike. As we kept leapfrogging each other in traffic, I was watching him ride. The first thing I noticed was his exceptionally smooth, even pedal stroke. After a while, I noticed that he had one prosthetic leg. Then I was even more impressed with his beautifully smooth pedaling.

BTW, I like the Christmas tree lighting approach. Visibility is a beautiful thing - better for you AND others on the road.

I appreciate the improved smoothness of clipless pedals when I'm NOT riding in stop and go city traffic. Of my 3 bikes, only the road bike has clipless pedals. The others have platform pedals for better ability to safely make sudden stops due to traffic.