eBikes - What's All the Fuss About?

While preparing to go to Interbike last fall, I was inundated with eBike marketing e.g. test rides, meeting requests, cocktail party invites, etc. I was a bit overwhelmed by the seemingly huge marketing dollars being put into promoting eBikes compared to anything else at Interbike (including fat bikes). Serious hype.

I love riding my bikes and have never considered eBikes an option so I was quick to dismiss the marketing in an effort to focus on bikes and gear developed for women. It was my first Interbike and with all of the bike eye candy and sweet gear, this helped me stay on task. That said, I still looked at a few eBikes, talked to a few of the vendors and got a kick out of electric fat bikes - successfully combining the two big Interbike hypes. I'll admit, I was taken with the sheer variety of fat bikes including a fat bike tandem, carbon fat bike, and of course, the sexy Wednesday fat bike by Surly. I'll save that topic for another day...

I left Interbike wondering if there was something I was missing. Months later, I think it's still a worthy topic to explore. I know there are people who use eBikes for long distance commutes which is still much more "green" than driving a car and they still get a good workout in. I believe the homemade lawnmower-sounding versions are probably influencing (negatively) opinions like mine. Maybe that's not fair?

So I wanted to bring up the topic to get your thoughts. What do you think about eBikes? Do you own one? How's it working out for you? Why did you choose an eBike? Please share your thoughts on the topic. Maybe this year I'll take a few for a spin so I can see what it's like to ride.

I love the idea. I also like the the idea of the enclosed (or with fairing) electrical assisted trike to replace (at some percentage) cars in urban or suburban environments.

One other advantage is the full upright posture one can retain while still hitting a viable speed for commuting.

I do feel like pure cycling is a different thing in many ways. I enjoy the challenge and the pride in providing all the power from my own muscle. For me that's the primary motivation (being green and saving wear and tear on my autos are simply side benefits).

I have been riding an e-bike for a couple of years and for city commuting it is a great option. I find for my original 9mile one way ride the e-assist was great to allow arriving at work without tiring and then the ride home was errand possible and relaxing.

The technology has grown even more since I bought in and I believe the e-bike has earned a place in the bike conversation. 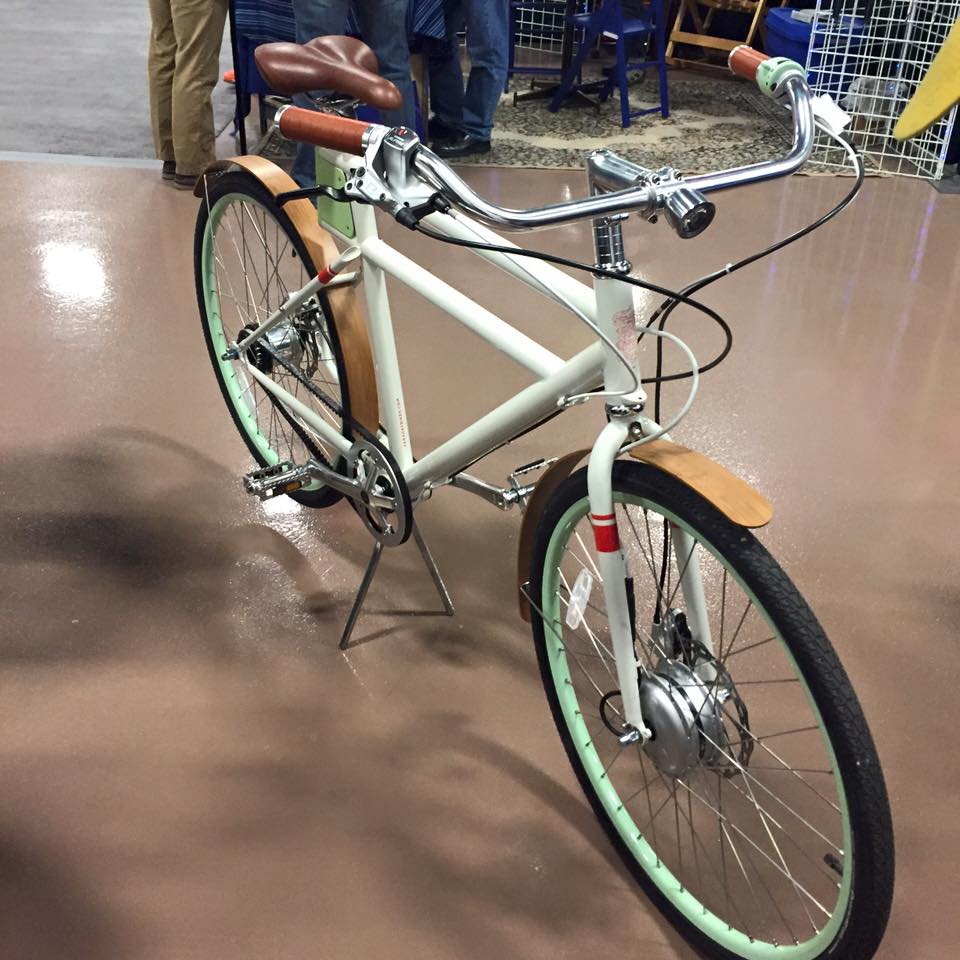 I picked up the Faraday Porteur yesterday at CABDA to test out for The Chainlink (articles to come soon). I am impressed with the extra speed it provides while you are pedaling. It comes with lights and they attached the front rack so I could try that out as well. I'm looking forward to taking it on a test spin up some hills to see how it does.