Chicago Department of Transportation will spend $17 million over the next two years to add bike lanes across the city, with a focus on the South and West sides.

South Side residents Peter Taylor and Anne Alt have been bicyclists their whole lives. But a lack of bike lanes in their neighborhoods limited the places they could go and made riding on the street unsafe.

On Wednesday, the two cyclists stood with Ald. Carrie Austin (34th) and Chicago Department of Transportation Commissioner Gia Biagi and others to announce the “biggest bike lane expansion in Chicago history.”

By the end of 2022, CDOT plans to spend $17 million to add 100 miles of new bike lanes around the city with a concerted effort on the South and West sides. The additions will bring the city’s total bike lane miles to nearly 400. 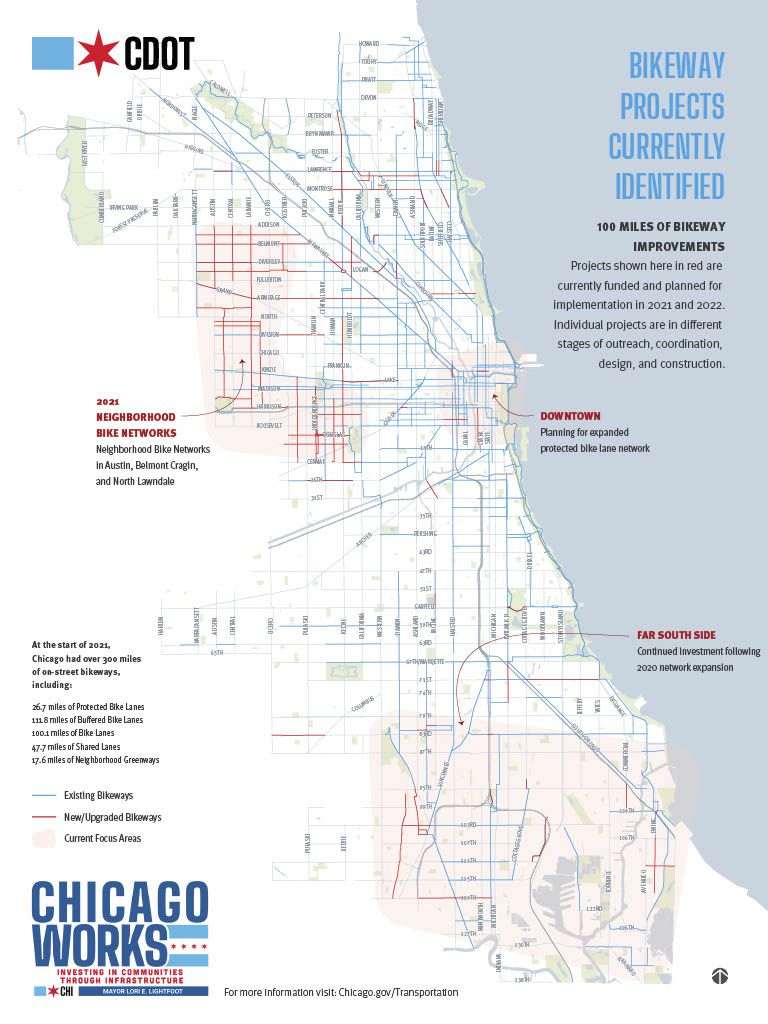