Bike Thefts Are Up 27% in Pandemic

As more people are buying bikes, more bikes are being swiped from sidewalks, garages and basements. Locks are not always a deterrent.

One of the more unexpected side effects of the pandemic has been a surge in cycling, fueled by people avoiding trains and buses and seeking a way to stay in shape. That triggered an extreme shortage of bicycles. Then came the thieves.

Bikes are being plundered from sidewalks, garages and apartment building basements in rising numbers in New York and across the country. Similar spikes in thefts have also been recorded abroad, including in Britain and France.

No one, it seems, is immune.

A father recently posted a sign on a Brooklyn street to publicly shame the thief who stole the bike his 10-year-old son got for his birthday. A bike along with the railing it was locked to were stolen from a Brooklyn apartment building. In the Bronx, a 15-year-old boy riding a bike was attacked by eight men who stole his cycle. 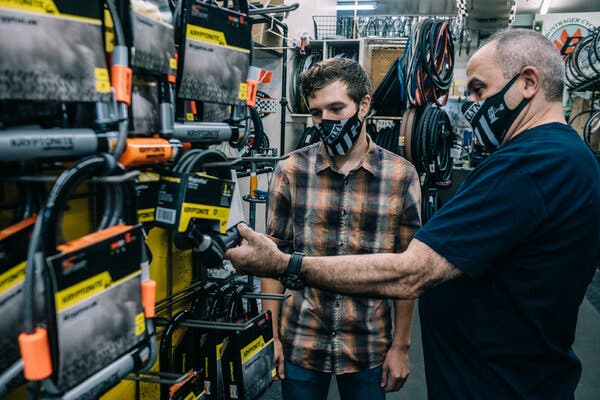 This has become its own  epidemic.  My daughter  had her  bike stolen  while  locked in the vestibule to her building and  it took nearly three months for her  to  get a new one which now has hub locks for wheels and seat allowing her to use a good U lock. Hopefully,  that  will  keep the  bike from being snatched.