Anyone know when it is to be completed and how far north it will go? I think I heard Montrose. Currently it is from Belmont to Grace. 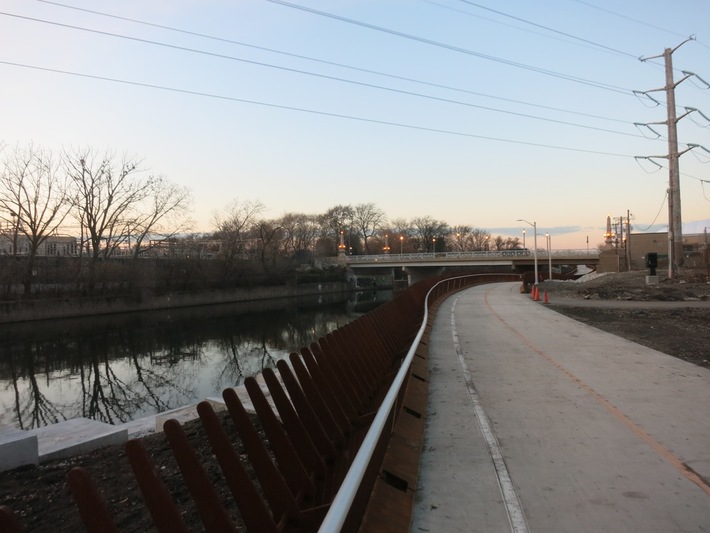 Have yet to ride this but got the chance to check it out on a run last week and it was fun- a nice addition to the local trail system, but it definitely leaves me wanting expansion in both directions.

Going north, I know Manor greenway is supposed to serve as the connector to the North Shore Channel Trail, but that just seems so shortsighted when talking about a continuous river trail system. Even if the land along the river can't be acquired through eminent domain, why couldn't something like this - something that goes over the river and doesn't leverage the land - work along that stretch, too? Obviously there's a cost component to it, but I wonder how that compares to whatever buyout would come with the eminent domain.

Along the bridge itself - I saw how close the bridge brings user to the CIBC Fire Pitch, and wondered if it was even considered to put an entry point there? Seems like it would have been a nice convenience to add.

Heading south, there's a small gap between the end of this trail at Belmont and the trail at the former Lathrop Homes site at Diversey. ATA is currently collecting proposals to close that gap (I believe) - I would love to see something that allows direct access to Metropolitan Brewing's absolutely gorgeous taproom @ Rockwell while allowing users to avoid Belmont altogether. An underbridge at Belmont seems obvious there, and while the easiest entry point to adding an off-street trail would be to keep it running along the east side of the river, it'd be great if it could span both sides or jump over to the west side of the river to provide access to the Metro site.

All that said, yes, this bridge is great and having the underbridge at Irving Park will be also great :)

Here's the Streetsblog map of routes to and from the bridge, if anyone still needs this.

For street names, you can zoom in on the map on Google Maps: 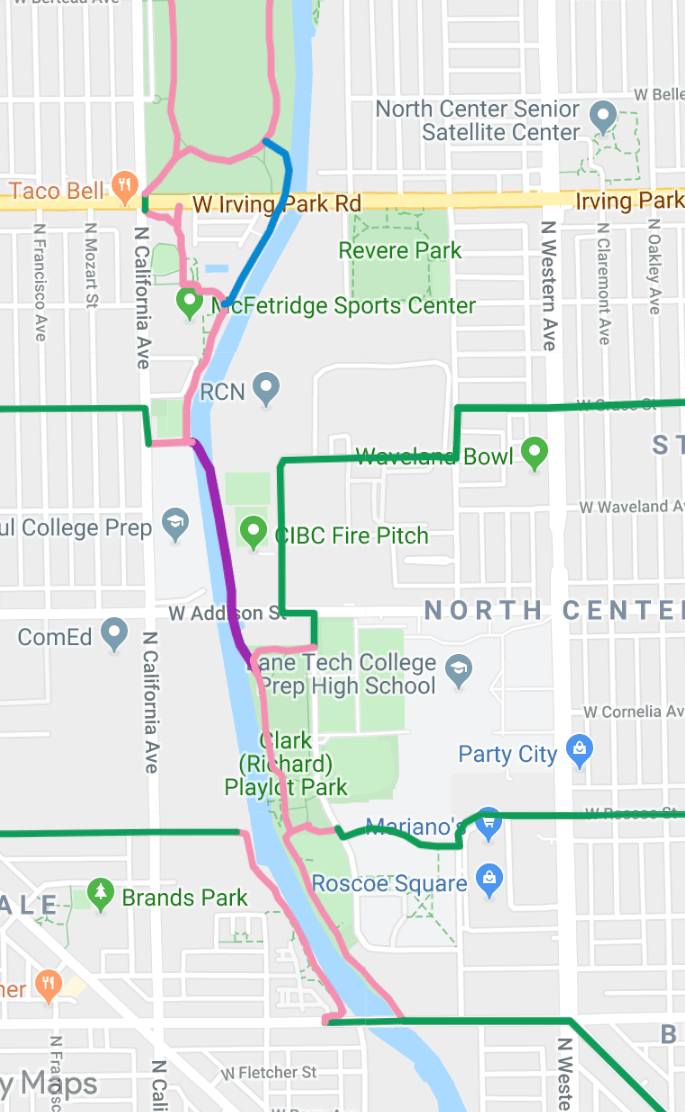